Sushant Singh Rajput Death Case Update: Rhea Chakraborty has approached Supreme Court with a fresh plea alleging media trial and attempts to pronounce her guilty for the death of the actor.

Actress Rhea Chakraborty has approached the Supreme Court with a fresh plea alleging media trial and attempts to pronounce her guilty for the death of the actor. Actor Sushant Singh Rajput was found dead at his Mumbai apartment on June 14 this year. The actor died by suicide and was found hanging at his residence. The actor's father KK Singh has filed an FIR against his then-current girlfriend Rhea Chakraborty, accusing her of abetment to suicide. and money laundering. The actress then filed a petition in the Supreme court seeking transfer of investigation to Mumbai from Bihar. Meanwhile, Sushant's death case has been transferred to the Central Bureau of Investigation (CBI). Enforcement Directorate (ED) has also been questioning people related to the actor in the money laundering case. On Friday, ED questioned Rhea Chakraborty for several hours and now, the actress has appeared before them today as well. Along with Rhea, her father Indrajit Chakraborty, her brother Showik Chakraborty and Sushant's close friend Siddharth Pithani have also been summoned to appear today.

Shruti Modi, Sushant's former business manager and Ritesh Shah, Rhea's CA, have also reached the ED office today for questioning. Enforcement Directorate will record statements of all of them together. 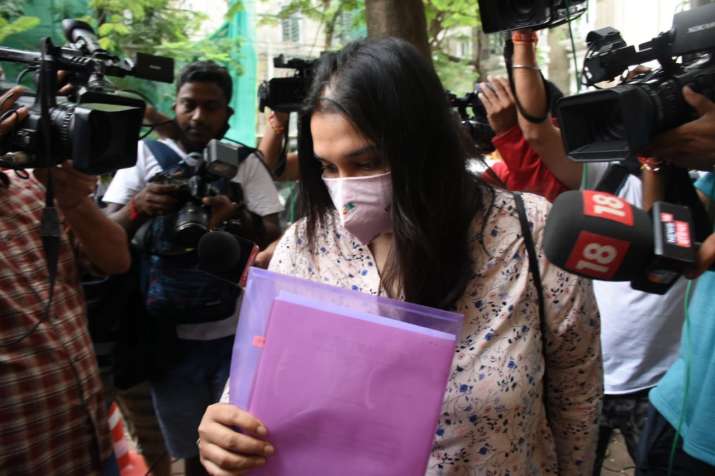 On Sunday, WhatsApp chat has also gone viral on the internet in which Sushant is seen calling her sister 'pure evil' and 'manipulative.' As per an IANS report, Rhea's legal team shared the messages which state that the late actor believed his sister is manipulating 'Sid Bhai,' referring to either his sister's husband Siddharth or his friend and roommate Siddharth Pithani.

The chat also shows Sushant praising Rhea's family, calling them 'epic.' "Your family is very epic. Showik is compassionate and you too who are mine, you are a sufficient cause for the inevitable change and respite globally. Behind these important changes. It will be a pleasure for me to be around you folks Cheers my friend for being a rockstar," he wrote.