Ruffalo watched from the audience as the filmmaker pick up four trophies, including one for Best Picture, at the 92nd Academy Awards on Sunday and now he's in line to star in a TV series adaptation for HBO network, according to multiple reports, reports aceshowbiz.com.

Sources tell Collider director Joon Ho is teaming with Adam McKay on the new five-to-six episode series, and Ruffalo has emerged as a frontrunner to star as one of the leads, although the exact details of the character he'll be playing have yet to be revealed. 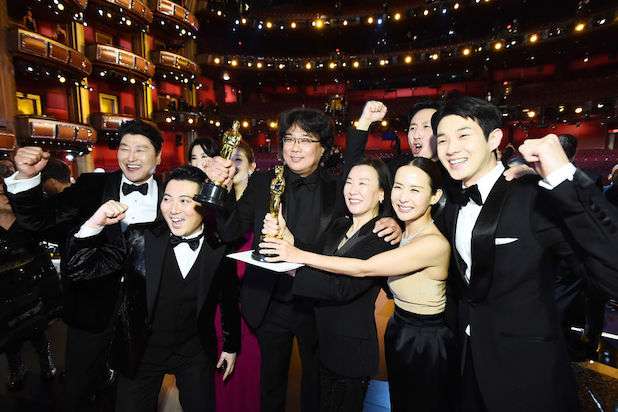 The filmmaker, who made history at the Oscars as "Parasite" became the first foreign-language film to win the Best Picture trophy, recently opened up about some of the ideas he may include in the TV series adaptation.

"I had all these key ideas accumulated from when I started writing the script. I just couldn't include all those ideas in the two-hour running time of the film, so they're all stored in my iPad and my goal with this limited series is to create a six-hour-long film," he told TheWrap.

The "Parasite" series is expected to begin filming in 2021.