New pictures from Karan Johar's hosted show, Bigg Boss OTT, have surfaced online. These bedroom pics make one wonder what will be the theme for Bigg Boss 15?

We're just a week away from Bigg Boss OTT. The reality show, which will be aired on OTT for the first six weeks will be hosted by filmmaker Karan Johar. The announcement is already making a buzz among the audience and new pictures from the Bigg Boss house is only increasing the anticipation. After under construction pics from inside the house leaked online, more photos of the bedroom have surfaced on the Internet.

The new pictures show the bedroom of the contestants with colourful bunk beds. The poster filled walls of the room echo “Stay Wild” with a very rustic vibe to it. The room has many posters of celestial bodies like moons, suns and eclipses. The pictures from the set of Bigg Boss OTT which has been set up in Mumbai’s Filmcity makes one wonder, what will the theme this season. 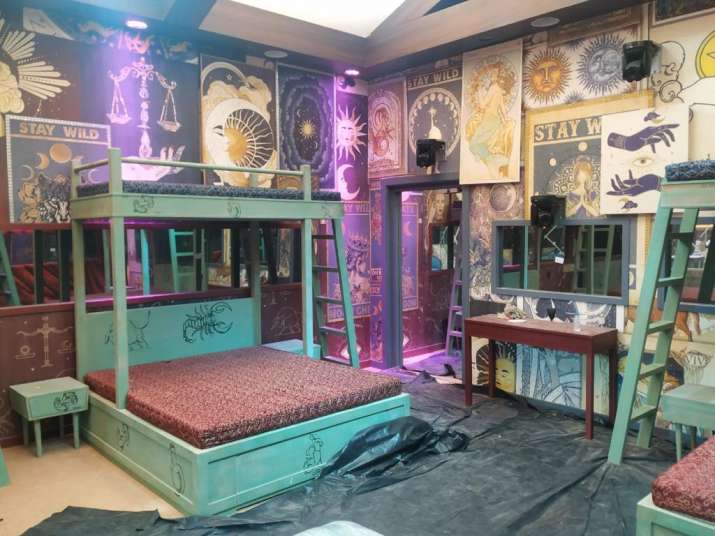 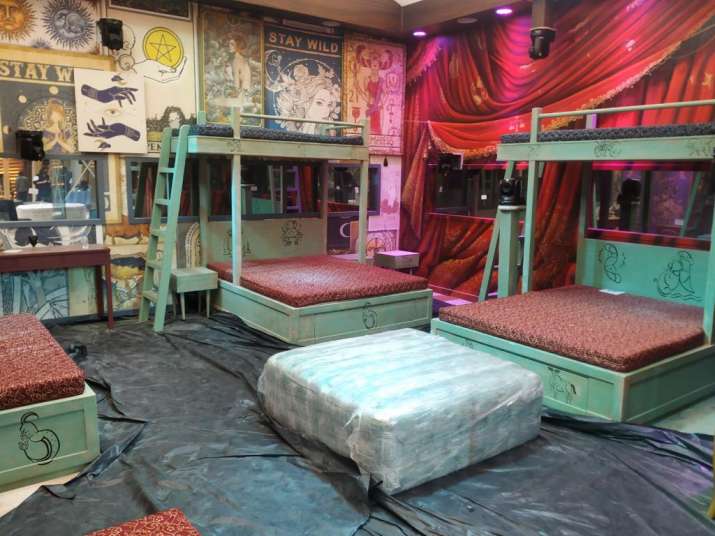 Earlier some pictures of the dining area of the house were leaked online. You can check them out here!

Meanwhile, ever since the show was announced, there have been multiple conversations and speculations doing the rounds about the contestants entering the Bigg Boss House. Putting some rumours to rest the makers late on Friday night unveiled its first contestant, Indian playback singer – Neha Bhasin. The singer won million hearts by lending her voice for popular Bollywood Song ‘Swag se Swagat’.

Karan will anchor the drama for the six-week run of 'Bigg Boss OTT'. It will stream on Voot from August 8. The 49-year-old filmmaker cannot wait to meet all the contestants of the show.

"I'm really looking forward to meeting all the contestants and making some lifelong memories with them. Believe it or not! This season, Bigg Boss OTT will have lots of drama and will surely be Over the Top. I can tell!" he said in a statement.

After the completion of the digital exclusive, the show will move to Colors with the launch of Season 15 of 'Bigg Boss', hosted by Bollywood superstar Salman Khan.