Amitabh Bachchan shared a secret with his fans that he coined the abbreviation K3G for his 2001 film Kabhi Khushi Kabhie Gham.

Bollywood actor Amitabh Bachchan knows how to keep his followers entertained on social media. From sharing special memories to updating them with his professional life, Big B does it all like a pro. On Wednesday, the superstar shared another secret with his fans as he revealed that he coined the abbreviation K3G for his 2001 film Kabhi Khushi Kabhie Gham. Also, he came up with another abbreviation for his upcoming film with Ayushmann Khurrana- Gulabo Sitabo.

While his tweet was just a sneak peek, Big B elaborated about the same on his blog. He wrote, ““There is also the trend among the new gen or the next gen or whatever gen they belong to, to abbreviate conversation .. there is or they have no time for exaggeration or length for it is time consumption .. the speed of converse also is as rapid as a bullet out of a gun .. LOL, ROTFL, GOAT .. and several On the sets of ‘Kabhi Khushi Kabhi Gham’ .. I devised the term K3G for the film and it stuck .. it happens now with almost all .. The next in line then is ‘Gulabo Sitabo’ .. and the daughter in a normal sms converse just quite casually informing of something else puts it ..GiBoSiBo .. GiBoSiBo ..!!! I thought it was CAC .. Cool As Cat .. Its cool na .. ? So thats what it shall be .. for me at least .. shared it with PR team .. they looked at me as though they thought I was suffering from what Bhaskor was in Piku ! Take or leave it .. me is going ahead with it .. !! GiBoSiBo .. yeaaeeeaaahh !!” 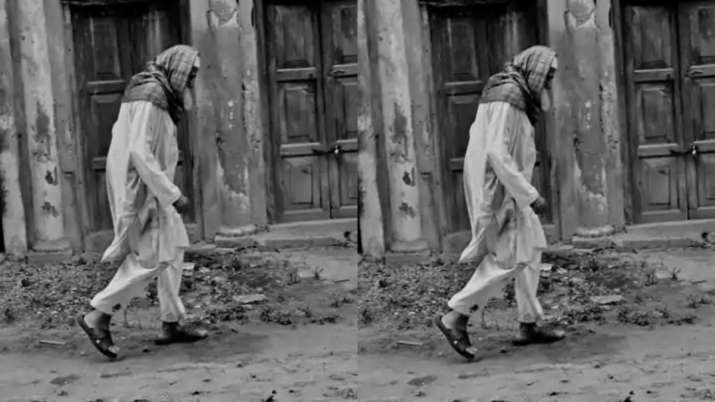 Directed by Shoojit Sircar, Gulabo Sitabo is a film about a tenant and a landlord, also starring Ayushmann Khurrana. The first looks from the film have already been unveiled by the makers.