Shah Rukh Khan has finally made the holy festival of Eid brighter by his appearance for all the fans waiting outside his house Mannat today.

Shah Rukh Khan has finally made the holy festival of Eid brighter by his appearance for all the fans waiting outside his house Mannat today. The actor, like every year, came out along with his son Abram to wave to his fans and wish them on the festival. The adorable father-son duo made for the perfect Eid gift for hundreds of fans who were gathered outside Mannat to have just one glimpse of the actor. Dressed in a white Pathani suit, SRK looked handsome as ever as he made the appearance/ On the other hand, little Abram looked adorable in red.

Shah Rukh Khan also took to his Instagram to share a video of the crowd gathered outside his house Mannat. He shared the video and thanked his fans for celebrating their festival with the superstar. He wrote, “Thank u all for spending your Eid with me... May God bless u all with health and happiness. #EidMubarak” Check out the video here-

Thank u all for spending your Eid with me... May God bless u all with health and happiness. #EidMubarak

Just like his father, Abram also waved to the fans outside Mannat. Interestingly, along with SRK, the American chat show host David Letterman was also present to witness the fan mania. Just a few days back, Shah Rukh Khan had flown to New York to be a part of Letterman's iconic show on Netflix. It was said that the superstar will host Letterman in India and here he is enjoying the crazy crowd along with SRK.

Talking about his association with David Letterman, SRK has earlier said, “I’ve watched David Letterman’s late-night talk show for years and I’m a huge fan of his style of interviewing. I’m thrilled, and honoured to share my story with him. That this is on Netflix is even more special – I’m working with the team on various projects and it’s always been exciting partnering with them.”

Check out more pictures of the father-son duo here- 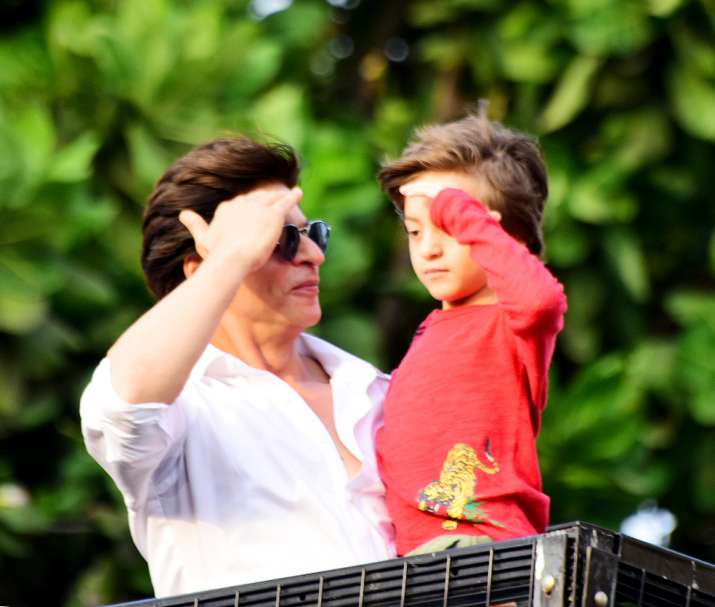 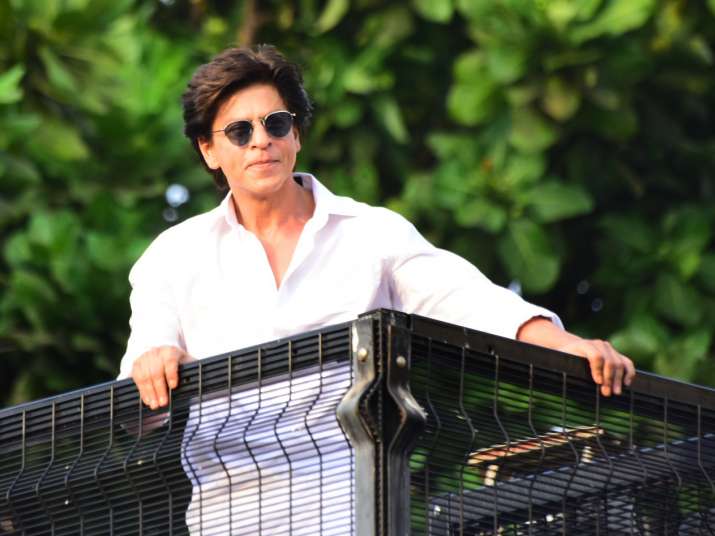 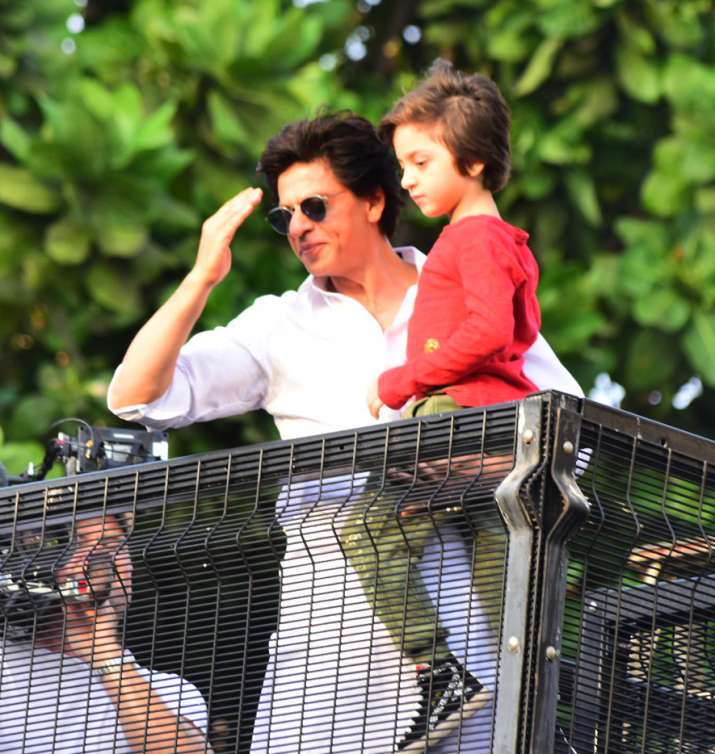 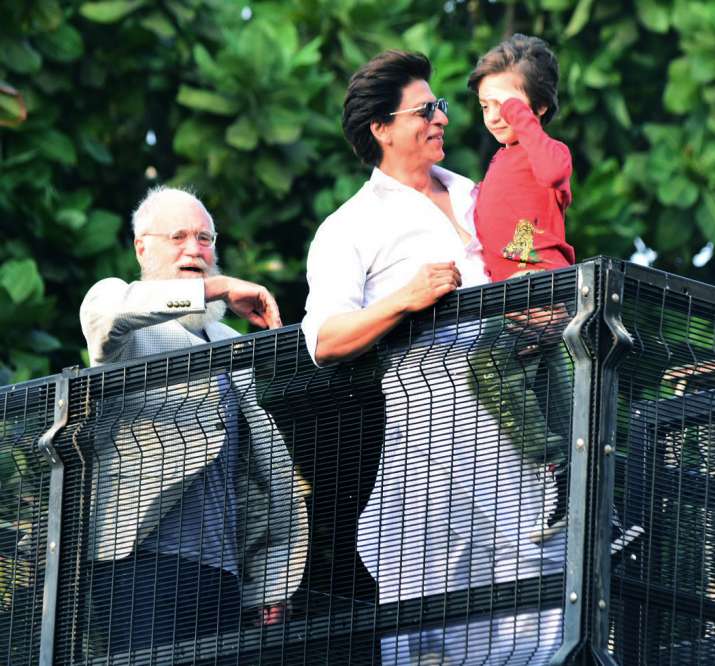 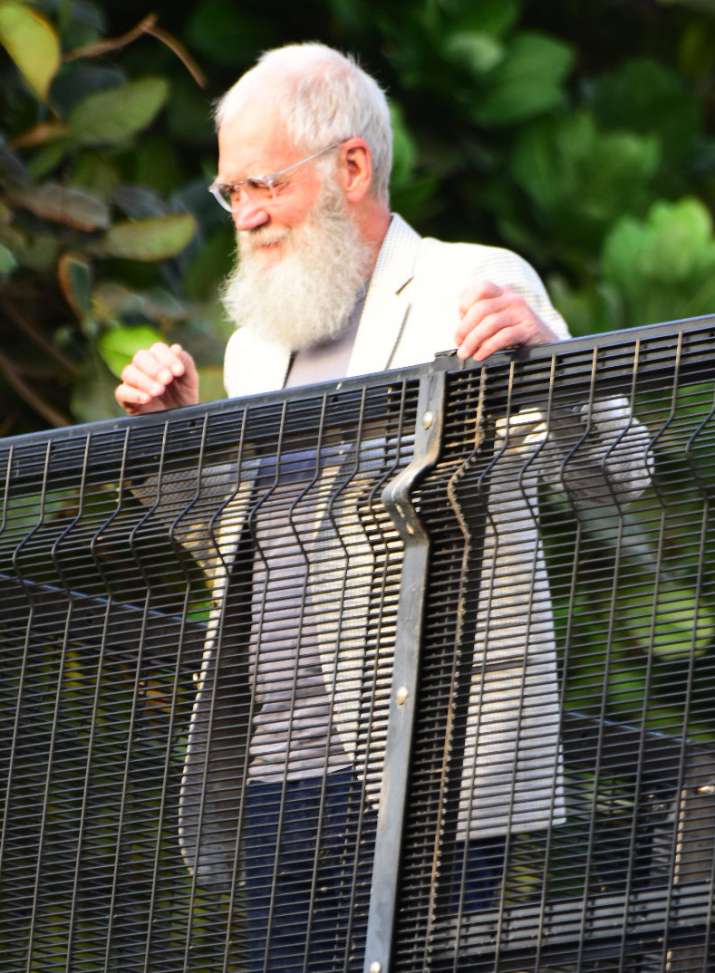 On the work front, Shah Rukh Khan was last seen in Aanand L Rai's Zero. The actor will reportedly be seen in the Farah Khan-directed untitled film, which will be produced by Rohit Shetty.