Neha Kakkar gets trolled for wearing short dress on street

Singer Neha Kakkar has been catching the limelight for a lot of reasons be it her songs, her TikTok videos, her dancing videos or break up with actor Himansh Kohli. The actress is even looked upon by many for her remarkable fashion sense but this time she has been trolled for a dress that she wore. She recently posted a picture on her social media account in which she was seen wearing a black mini dress with floral imprints.

The picture was taken on the streets of London as suggested by the post and the double-decker buses in the background. She posted the photo in order to thank her fans for supporting her and appreciating two of her recently released songs Sorry and O Saki Saki. Neha captioned her picture as, “Thank you for giving so much of Love to My Latest Songs #SorrySong and #OSakiSaki Love You all!! Love My NeHearts. #NehaKakkar” Soon her fans started pouring in comments on the same which were both positive as well as negative.

There were her fans, whom she lovingly calls her NeHearts who appreciated her look and wrote comments like, “Whose this Pretty girl?” “Ek do teen char neha kakkar zindabaad,” and “You don’t need to thank anyone it’s all your hardwork and talent Love.” While on the other hand there were people who gave flak and said, “Aur chote kapde pehen leti?” “Din be din kapde chote ho rahe hain,” etc.

Have a look at her picture and how people reacted on the same here:

Thank you for giving so much of Love to My Latest Songs #SorrySong and #OSakiSaki ♥️🙏🏼 Love You all!! Love My NeHearts 😘 . #NehaKakkar 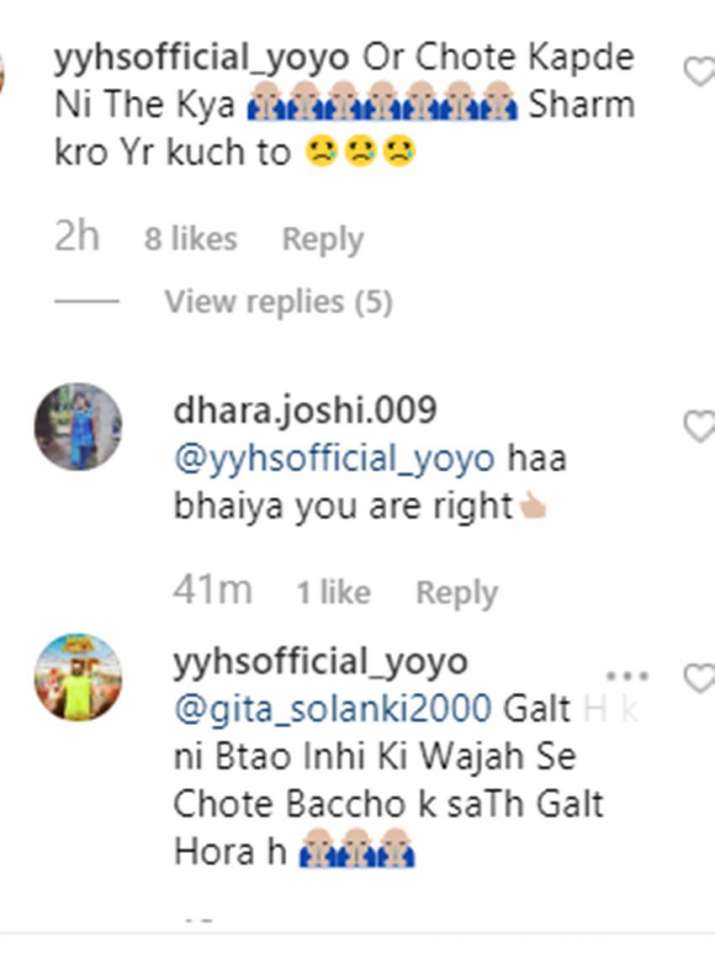 ALSO READ: Gandi Baat 3: Have a look at some fun pictures from the sets of ALTBalaji’s saucy web series

Neha and Himansh broke many hearts with the news of their breakup. They were counted amongst one of the most adorable couples of the town and indulged in social media PDA. Not only this, they even expressed their desire to get married to each other during Indian Idol 10 but soon they decided to split their ways. Meanwhile, check out some more photos and videos of her:

Aaj Main Upar, Aasma Neeche. Aaj Main Aage Kyonki Meri Family Hai Mere Peecheeee!! ♥️😇 Whatever I am today, it’s bcz I have my Family Standing Ahead of Me, For Me, Around Me and Behind Me!! 💪🏼🙌🏼 @tonykakkar @sonukakkarofficial #MomDad #KakkarFamily ♥️🙏🏼 . . . #Blessed #NehaKakkar #NehuDiaries #SpaceNeedle #Seattle

She also opened up about her break up and said, "That phase of my life was very difficult. Yes, I was into depression and it was difficult for me to cope up with it. It was the worst phase; however, I have come out of it now. Right now, all I can say is that being single is the best feeling of my life."

She further added, “You know what, when I was in a relationship, I was not being able to give time to my family and my friends. At that time, I dedicated all my time and energy to that person who does not deserve it. I missed so many beautiful moments with my family members, especially with my siblings. And guess what; in spite of giving him so much time; he always complained of not being together.”

Neha has now moved on in her life and is giving hits after hits. Click here for more Bollywood news, Television scoops, celebrity updates and entertainment pictures, and videos.