Amy Jackson and her fiance George Panayiotou are expecting their first child together in October this year.

Amy Jackson, who is expecting her first child with boyfriend George Panayiotou, is hosting a lavish engagement bash for her friends on May 5. The couple got engaged in a private ceremony in January this year. Their first child is due in October this year. The couple will host an engagement bash at their London home before finally walking the aisle. According to an entertainment magazine, the 2.0 actress wants a simple and less lavish Greek wedding. But before the nuptials, Amy Jackson and George Panayiotou want to throw a bash on May 5 at their home.

The party invites read, "We would love to invite you to our home to celebrate our engagement and to kickstart Summer 2019." 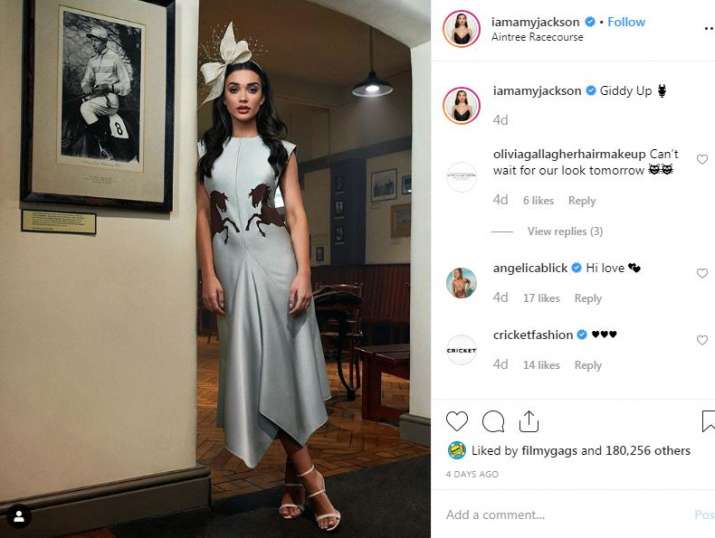 Dress code for the engagement bash is classy chic and the timings are 4 pm till late. Amy Jackson has invited her close friends from the film industry in Mumbai. The friends will also attend her wedding which is to follow soon.

Amy Jackson and George got engaged in Janaury in Zambia this year. "He proposed on a raft in Zambia, with the sun setting and over a private dinner. It was beautiful," she told a magazine. 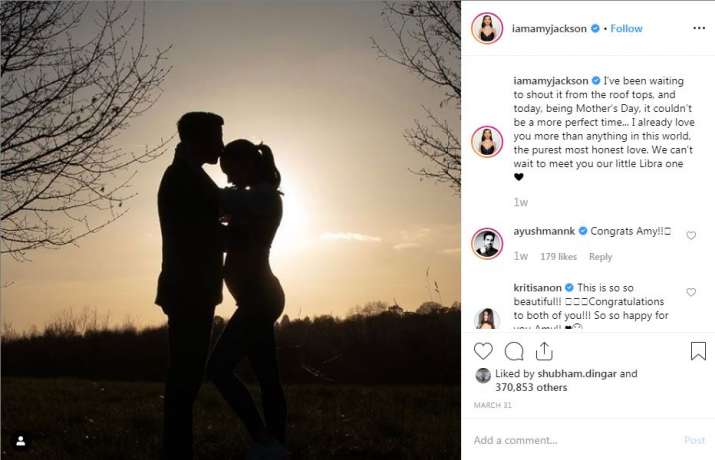 Amy Jackson is now 15-weeks pregnant and announced the news on her Instagram by sharing a picture of herself sporting a baby bump. She wrote, "I’ve been waiting to shout it from the roof tops, and today, being Mother’s Day, it couldn’t be a more perfect time... I already love you more than anything in this world, the purest most honest love. We can’t wait to meet you our little Libra one."