Sooryavanshi: Katrina Kaif thought it would be ''uncomfortable'' to work with Akshay Kumar after nine years

Katrina Kaif is all set to reunite with her Welcome co-star Akshay Kumar after a long gap of nine years. The hit jodi, which has delivered several popular movies such as Anees Bazmee's Singh Is Kinng, Vipul Amrutlal Shah's Namastey London and Anees Bazmee's Welcome, is coming back with cop drama Sooryavanshi. Rohit Shetty's Sooryavanshi is being produced by Karan Johar and as per reports, the film will have cameos by Singham Ajay Devgn and Simmba Ranveer Singh, who are already part of Golmaal director's cop universe. 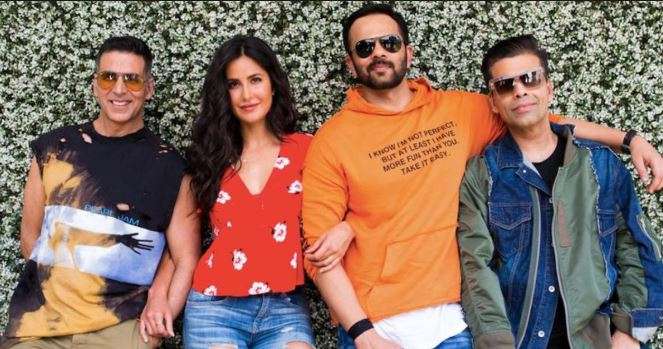 Recently while talking to an entertainment portal, Katrina revealed that initially, she has reservations about whether she would be at ease on the sets with Akshay as they are working after such a long gap. However, soon after the first shot, she was at ease.

"I'm really excited. We have already shot a few days for Sooryavanshi. I really thought, 'What's it going to be like? There's going to be this uncomfortable...finding this comfort on set...because we are working together after nine years. It's a really long time.' But from the first 'action', I was like, 'Oh, okay, it's fine!' We still have that ease from the way that we worked together and he is a great co-star. I'm really enjoying on set with him," she said.

Meanwhile, Akshay's character Veer Sooryavanshi, chief of the Anti-Terrorism Squad had a special appearance in Ranveer Singh's 2018 blockbuster Simmba. The movie is slated to hit theatres on Eid 2020 and it might lock horns with Salman Khan, Alia Bhatt starrer Inshallah.

On a related note, Katrina will next be seen in Ali Abbas Zafar's Bharat, starring Salman Khan. The movie which is slated to release on June 5 also features Disha Patani, Nora Fatehi, Sunil Grover, Jackie Shroff and Tabu in important roles.