3 years of Drishyam: 5 Mistakes in Ajay Devgan’s film that you missed

On completion of three years of Drishyam, here are 5 mistakes of Ajay Devgan’s film that you missed when you first watched it.

Ajay Devgan’s 2015 suspense thriller might have blown away your minds with its crisp story and stellar performances but the movie was not as tight in its screenplay as one may believe it to be. When Drishyam released three years ago, there was not even a single soul who could say that the movie misses out on anything, from the star cast to gripping suspense, everything was top notch. Even though it was a remake of Jeethu Joseph's 2013 Malayalam film Drishyam, the story had the same impact on the audience as it had the first time.

On completion of three years of Drishyam, here are 5 mistakes of Ajay Devgan’s film that you missed when you first watched it. Have a look!

While finding dirt on Vijay Salgoankar, Gaetonde inspects his neighbours about him. When he asks the neighbours if Vijay bought a new car, the man replies that Vijay doesn’t own any car. However, in a scene earlier in the movie Vijay is seen driving a jeep.

In the scene where Tabu is confronting Vijay and his family about her missing son, we see three policemen standing together in one shot and in the next shot, there are just two policemen. 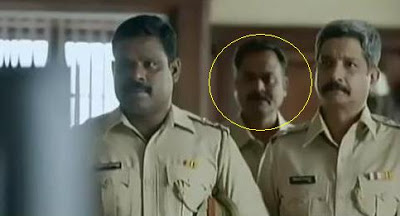 Vijay Salgaonkar told the police that he ate at Ashoka Restaurant and then watched a movie at INOX. It is a known fact that a good restaurant and INOX always have CCTV camera, however, police just checked the CCTV footage of the ATM. Either they were too dumb to realize that or were quite lazy.

When Vijay Salgaonkar’s daughter Anju broke the mobile phone, it broke into three pieces. But when Ajay Devgan entered the room, there were many broken pieces of the mobile phone.

The IG officer played by Tabu comes to know about Ajay the first time, and even the other officers never mentioned Vijay Salgaonkar is a 4th standard failure, Tabu, however, knew that already.