India TV CNX Opinion Poll 2019: NDA has upper hand in 4 states, BJP may suffer loss in UP; Congress too struggles

According to the opinion poll, the Bharatiya Janata Party (BJP) seems to be having an upper hand in all the five states, while the Congress party appears to be struggling intermittently.

India TV has conducted an opinion poll with CNX to gauge the mood of voters of five states-- Uttar Pradesh, Bihar, Jharkhand, Maharashtra and Goa-- if elections take place today. The India TV CNX Opinion Poll 2019 assumes significance ahead of the crucial Lok Sabha elections due this year.

According to the opinion poll, the Bharatiya Janata Party (BJP) seems to be having an upper hand in four states, while major loss may be on the cards in Uttar Pradesh. With marginal improvement, Congress party appears to be struggling intermittently.

According to India TV CNX Opinion Poll 2019, BJP is predicted to get 13 seats in Bihar if elections are conducted today, while Congress may get 2, RJD 10, JDU 11 and Others 4. All in all, NDA can secure 27 seats while the Mahagathbandhan may be restricted to 13 seats. 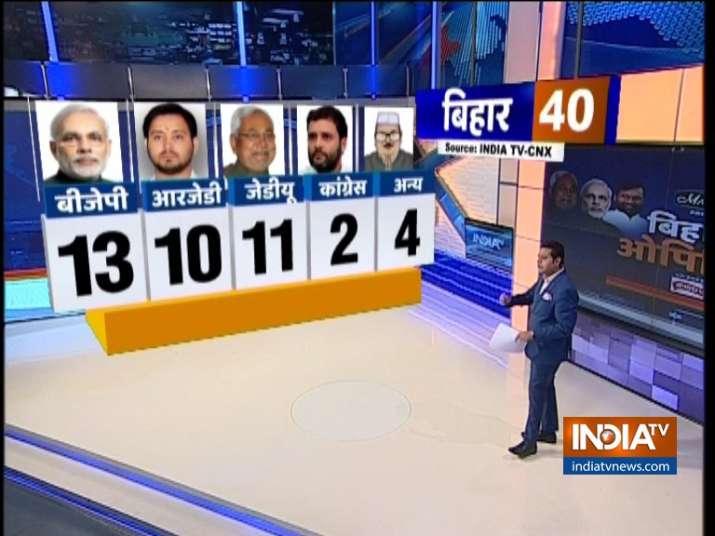 If elections are held in Jharkhand today, BJP may get 7 seats, Congress 2, Jharkhand Mukti Morcha (JMM) 4 and Jharkhand Vikas Morcha (JVM) 1. In 2014, BJP had won 12 seats, JMM 2, while Congress and JVM had failed to open their account. BJP's vote share may drag down to 32% from the previous 41%, while the remaining parties are appearing to improve their individual figures. 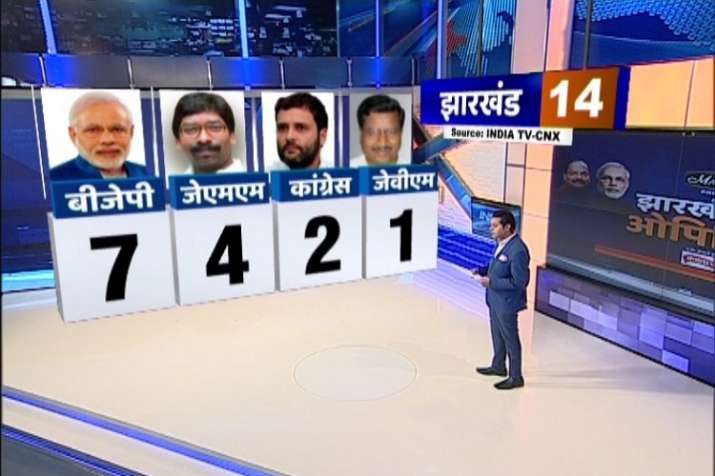 In comparison to the previous figures, BJP had won 23 seats, which hints at no major loss for the saffron party in Maharashtra. Congress, which had won 2 seats, may move 7 notches above this time. Shiv Sena, which had won 18 seats, may be restricted to just 8 seats. BJP vote share may be 28%, Congress and NCP's vote share may see marginal rise, however Shiv Sena's share appears to be declining. According to the survey, NDA seems to winning 30 seats, as compared to the previous 41 seats. UPA's previous six seats may see a good climb with 18 seats if elections are conducted today. 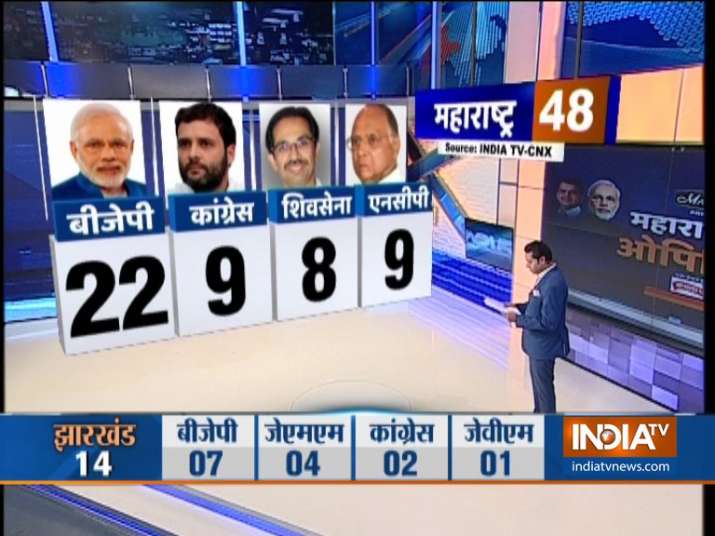 Both BJP and Congress are expected to get one seat each in Goa if elections are conducted today in the state. This may be a little disappointment for the BJP as it had won both the seats in 2014. BJP's voteshare may stand at 49%, Congress 43% and Others 8%. 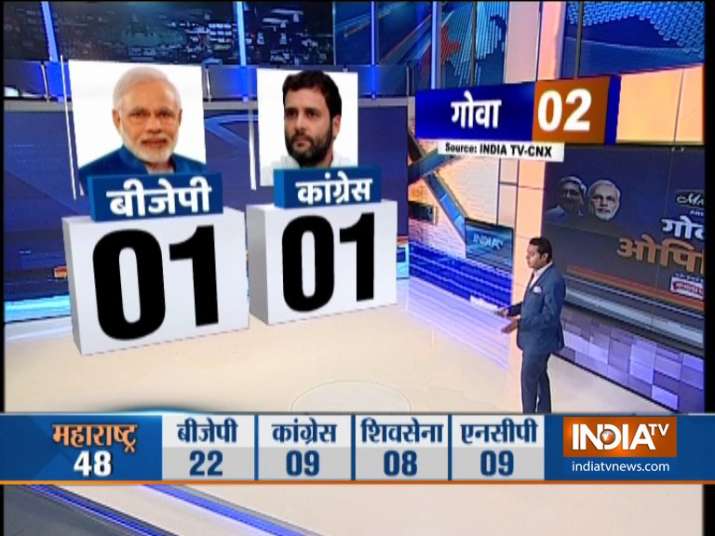 According to India TV CNX Opinion Poll 2019, BJP may be restricted to just 40 seats as compared to the previous 71, which points at a significant loss for the saffron party even when there is no 'Mahagathbandhan' in Uttar Pradesh. BSP that had not won even one seat in 2014, appears to be grabbing 15 seats. SP, on the other hand, can get 20 seats. Voteshare of BJP may stand at 37%, BSP-10%, SP-23%, Congress-10% and Other Parties 11%. 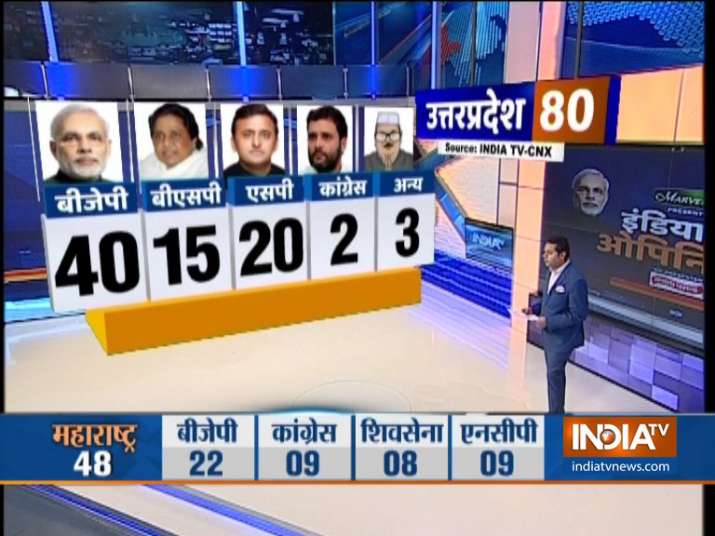