SSC CHSL 2020: According to the revised date sheet, the SSC CHSL exam for the remaining candidates will be conducted between August 17 to 21 and August 14 to 27.

SSC JE 2020: The SSC Junior Engineer (Civil, Mechanical, Electrical and Quantity Surveying and Contracts) Examination (Paper-I) will be hled from September 1 to 4, 2020.

The commission will hold Selection Post Examination 2020- Phase VIII between September 7 and 9.

SSC CAPFs, Sub-Inspectors exam 2020: The Sub-Inspectors in Delhi Police and CAPFs Examination(Paper-I)-2020 will be between Septer 29 to October 1 and 5. 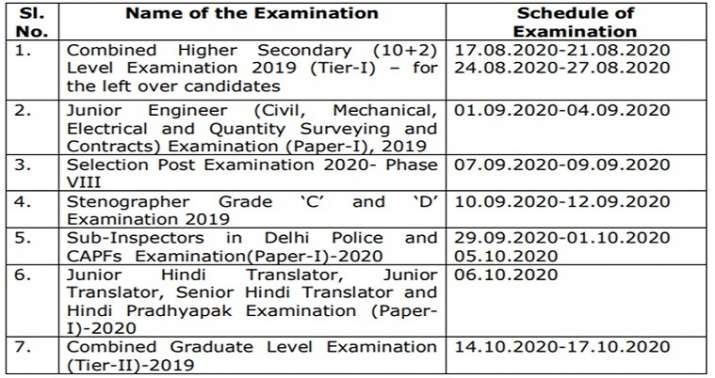