The new BMW 3 Series, codenamed G20 carries the iconic BMW heritage forward. It is sporty and smart and has sharp looks. The composition of the parts has almost entirely been changed by BMW to make the car stronger from the sides.

In the automotive world, BMW 3 Series is considered a landscape designing machine. Over the years, the 3 Series became the standard against which other cars of the segment are measured. To give perspective, every 5th BMW sold in the world is a 3 Series.

So, if you are BMW, you don’t want to fix what’s not broken!

The new BMW 3 Series, codenamed G20 carries the iconic BMW heritage forward. It is sporty and smart and has sharp looks. The composition of the parts has almost entirely been changed by BMW to make the car stronger from the sides.

Biggest challenge in front of BMW would have been how to not make the new 3 Series look like the 5 Series. Over the years it has been difficult for a person to differentiate between the two from a distance.

The 330i Msport model in the new 3 Series comes with the same 2.0-litre turbo-charged petrol engine and gives out 258PS of power which is a slight improvement over its predecessor. As far as power and performance are concerned, the BMW has also set new benchmarks with every generation of the 3 Series and this time is no different.

330i Msport goes from 0-100 in 5.8 seconds which is fastest in its segment. BMW 3 Series’ competitors in Audi A4, Mercedes Benz C-class and Jaguar XE, all fall between 6-8 seconds. Therefore the new BMW 3 Series has carried forward the ‘Sheer Driving Pleasure’ moto of the company. 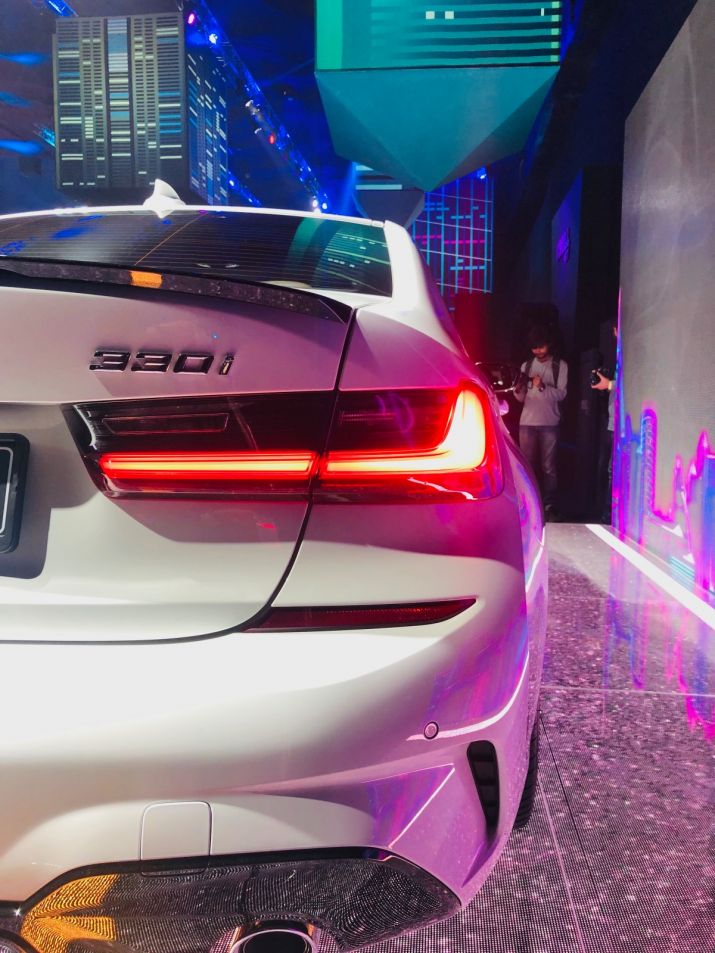 The cockpit of the new 3 Series has a refreshed look to it. The engine start-stop button has now been brought down near the iDrive and the gear knob which gives the car a modern look. The rest of the panel is surrounded by a carbon fiber bidding which adds to the metallic feel BMW has added to the interiors of the 3 Series.

Cherry on the cake is the all new 10.25-inch infotainment system which sits on top like a boss.

BMW has also increased the leg-room for the rear passengers which comes as a pleasant surprise to the car enthusiasts who hoped for a change to BMW’s cramped rear leg-room in the 3 Series models over the years.

The new M3 inspired electric-cesium blue color comes as a refreshing change to the BMW line up.

BMW has certainly raised the bar in more ways than one as far as the 3 Series segment goes. The flagship 330i model is priced at Rs 47.90 lakh (ex-showroom) which is consistent with the segment.

The company saw its sales skyrocket in FY 2018. Even in 2019, while the entire Indian auto market has been going through its worst crisis in over 2 decades, BMW sales did increase in the first quarter (January – March). Will the new BMW 3 Series be BMW’s ticket out of the growing woes in Indian auto market? Only time will tell…