There were spectacular fielding efforts, high-scoring encounters, as many as four Super Overs with one going even for a double in the same match and lots of nail-bitters. And India TV Sports takes you through the journey once again as we recap IPL 2020

It was a season amid the toughest time which shifted its occurrence by five months and away from its homeland to the UAE and furthermore disallowed crowd from entering stadiums. There were questions and uncertainties about the smooth running of the entire one-and-a-half-month-long tournament, especially with all the players and the support staff operating inside a bio-secure bubble owing to the pandemic. But IPL 2020 did not just turn out fine, record books claim it to be the most competitive season. There were spectacular fielding efforts, high-scoring encounters, as many as four Super Overs with one going even for a double in the same match and lots of nail-bitters. And India TV Sports takes you through the journey once again as we recap IPL 2020...

Mumbai Indians, the best T20 team in the world now?

Many would claim and rightfully so. It was their fifth IPL title win in eight years, drawing a gap of two titles against Chennai Super Kings. 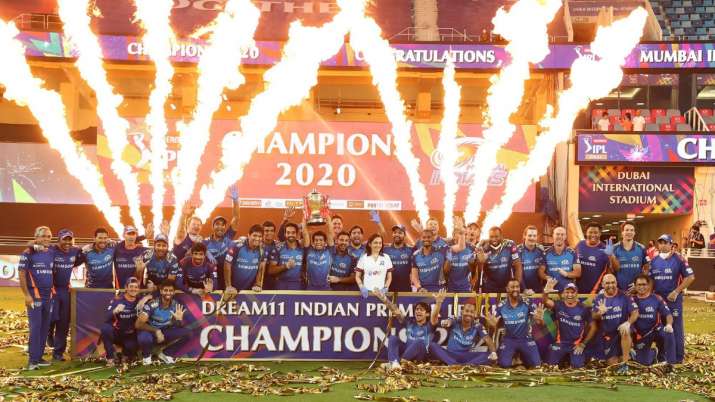 With the close finishing of teams in the points table, IPL 2020 was claimed to be the most competitive season ever. But Mumbai Indians' outrageous dominance throughout the tournament showed that it was the most one-sided season ever. Thy finished well ahead in the points table and qualified for the playoffs even when the remaining slots did not have a guaranteed team. And then they got better of the second-placed side, Delhi Capitals, four times in the season, the final one happening in the summit clash in Dubai on Tuesday.

Most competitive season ever?

At the end of Chennai Super Kings journey, IPL 2020 was statistically claimed as the most competitive season ever as for the first time ever in an edition, all teams won at least six matches, the number of games Sunrisers Hyderabad had won to claim a spot in the playoffs last season. As many as three teams finished with 12 points this season - Kings XI Punjab, CSK and Rajasthan Royals respectively, and three others on 14 - SRH, RCB and KKR respectively.

Season with most Super Overs

IPL 2020 scripted a unique record with 5 Super Overs in 56 matches - the most for any IPL season. The first - Delhi Capitals vs Kings XI Punjab - happened on the very second evening of IPL 2020 when Mayank Agarwal's heroics went in vain during the chase to 158. Kagiso Rabada emerged a hero once again conceding just two runs for two wickets in three balls. A week later, RCB and MI played a Super Over to decide the winner where Virat Kohli rose to the occasion to guide his team to victory in the thriller. Kohli later claimed that it was his Super Over knock that heloed him shrug off his poor IPL 2020 start. The third tie-breaker was one where Lockie Ferguson came off the bench to help KKR overcome SRH obstacle, conceding just two runs for two wickets. And then hours later, on the same night, came the one that IPL had never witnessed - a double Super Over. Bumrah was once again brilliant win the Super Over removing KL Rahul and Nicholas Pooran, but KXIP pacer Mohammed Shami denied MI from scoring five runs in his yorker-filled over. With the match tied again, another Super Over was played for the first time in IPL. Chris Gayle and Mayank Agarwal helped KXIP survive.

The 'End of an era' for Chennai Super Kings 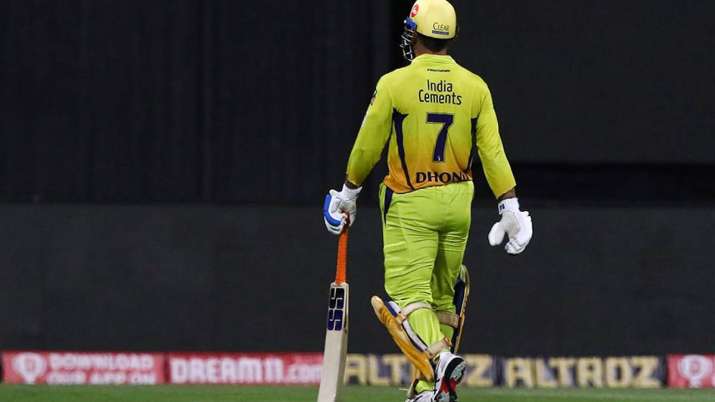 In a way, it was written on the walls, wasn't it? They won with the Daddy's Army in 2018 that defied all existing logics in T20 cricket. They fell behind only by a run in the finale last year with the same team. But they stretched it a little too far and CSK's mighty stature of making the playoffs in each of their IPL appearances, crumbled beneath the tiring and slow legs of the "aged" team. They lost eight matches overall, won only two in their first 11 games which chipped them off the race to the playoffs.

One step further for Delhi Capitals 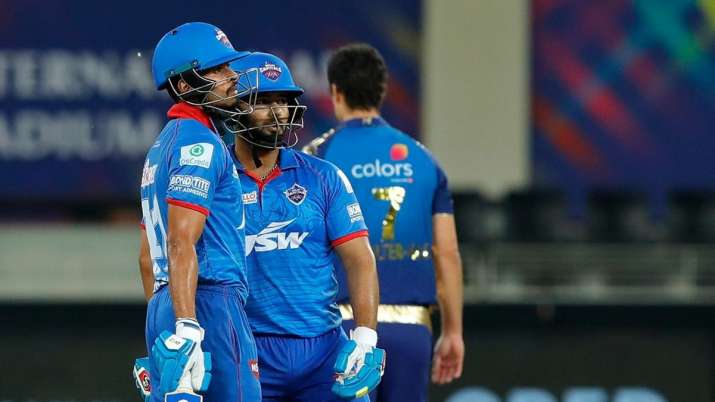 In an interview with ESPNCricinfo before the start of the tournament, Delhi Capitals owner Parth Jindal recalled his conversation with head coach Rocky Ponting where the Aussie had told him, "Mate, I want to go one step further. I want to make it to the final." Delhi had made their first playoffs in seven seasons last year. And as promised by Ponting, Delhi did go a step further to make their first final in 13 years of IPL history. They did fail to make it count in the summit clash against Mumbai, amid their batting troubles that saw them struggle enough in the second half of the season. But the Aussie was full of praise for his side. "I think we have the youngest squad in the tournament and I'm extremely proud of them," he said on Tuesday after the final. All Delhi now need is another step further. 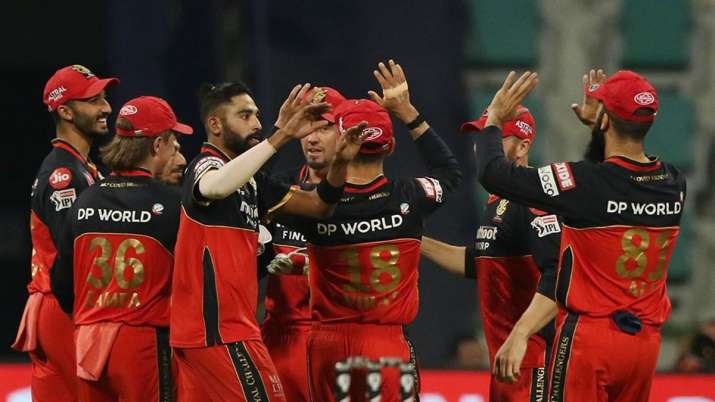 Virat Kohli proudly admitted at the start of the season that this RCB side is the "most balanced" he had seen since 2016. And yes he was correct. The batting looked threatening with others standing up to ably support Kohli and AB de Villiers, while the bowling improved amid the presence of Chris Morris and Yuzvendra Chahal. But all until their first 11 games in tournament. They lost their next five matches including the Eliminator. Their batting faltered once again to show the over-reliance on the two veterans while Morris had faded away towards the end, this disturbing their death-over numbers.

KKR's yet another change in captaincy fails to change the fortune 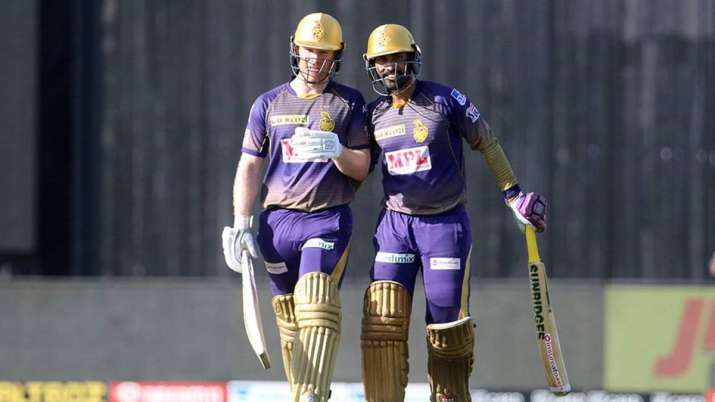 On paper, they were the most balanced side after Mumbai and Delhi. Yet they were flattered after ending fifth in a season where plenty did not work on their favour, including a mid-season captaincy change. Dinesh Karthik stepped down from his role even while KKR were fourth in the points table with four wins in seven games. They were plenty of chatters wanting Eoin Morgan, the World Cup-winning team, to be picked for the role, although Karthik gave up the role in a bid to work on his batting. The problem persisted, Karthik's batting numbers failed to change and KKR slipped low to hit rock bottom before finishing fifth on the back of a 60-run win their final league game against Rajasthan that changed their NRR but denied them a playoffs entry. KKR lost three out of seven games under Morgan in the second half. 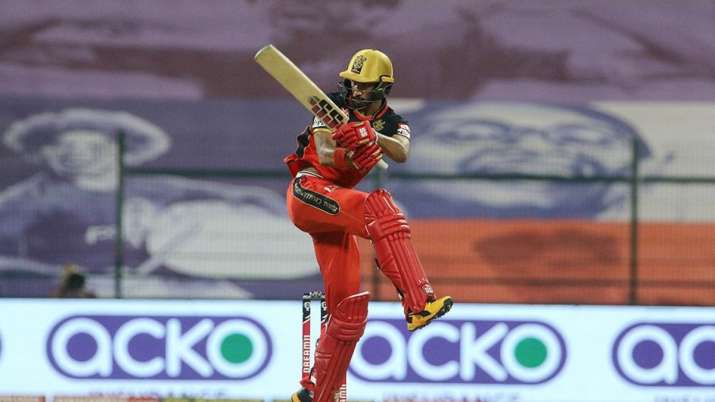 IPL has always been about opportunity. Over 13 years of its existence, never has a season failed to deliver new talents and this year was no different. Two uncapped players from MI - Ishan Kishan and Suryakumar Yadav - showed maturity in controlling innings while also keeping their scoring rate at an impressive margin amid Rohit Sharma's poor run of form. For Kings XI Punjab, Ravi Bishnoi, who headed into the team straight from the U-19 World Cup, picked up notable wickets in the middle overs. Varun Chakravarthy from KKR and T Natarajan from SRH were the two finds of the season and on the back of an impressive IPL 2020 season, they had managed to break into the Indian T20I squad, although the former was dropped later owing to a shoulder injury. RCB's Devdutt Padikkal was also a huge revelation and was awarded the Emerging Player of the Season trophy, while for CSK, Ruturaj Gaikwad cemented his place for the next season with three consecutive fifties and MoMs at the back of the season.

A spate of hamstring injuries 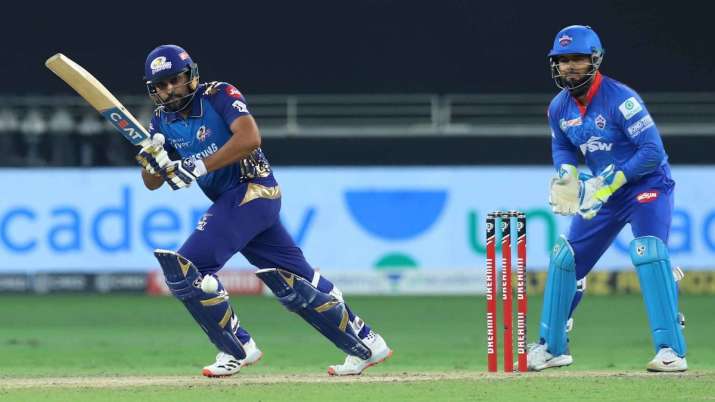 As many as five Indian players suffered hamstring injuries including Rohit Sharma, Wriddhiman Saha, Vijay Shankar, Ambati Rayudu and Rishabh Pant, while Bhuvneshwar Kumar had to pull out of the tournament owing to an injury in the thigh muscle. Former Indian cricketer, Murali Karthik feels that "the reason for players getting injured during the tournament is that these are sand-based grounds," he had said during commentary last week. The outfields in Sharjah, Dubai, and Abu Dhabi are made of sand which puts more strain on the hamstring, compared to the outfields at Indian venues where soil is mixed with sand on top which also has organic matter.

Among these injuries, Rohit's was the one that was the most talked-about owing to the controversy it surrounded. He missed four games for Mumbai towards the back end of the league stage amid which he was dropped from all three Indian squads for Australia tour. On the same day that he was dropped, Rohit was seen practicing at the nets. He returned for Qualifier 1 and said that he was "fine", further raising doubt on his injury and BCCI's assessment. He later scored a match-winning 68 in the final and ran between the wickets with no trouble. He was later included in the Test squad but rested for the limited-overs fixture to regain full fitness.