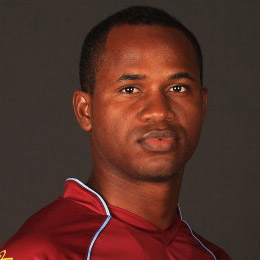 The right hander is one of the most controversial cricketers in West Indies cricket. Despite being technically gifted Samuels still didn't realise his potential and his inconsistent run with bat is the biggest proof of that. Samuels had a double century in Test cricket, but lack of consistency always made him in and out of the team. Though he has played some important knock in big games which includes 78 in the 2012 World Twenty20 final which led Windies to lift the trophy for the first time. He was involved in some serious allegations like match fixing. He was also responsible in getting Brian Lara run out in his last international innings.

India vs West Indies: I don't want to talk about my batting, says a crestfallen Virat Kohli after Pune defeat

I talk with the bat and not on mic: Marlon Samuels' dig at Shane Warne