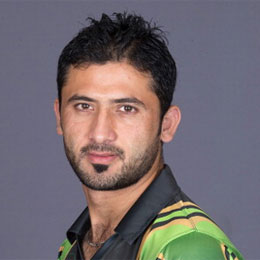 The left-arm pacer is a big prospect in Pakistan cricket from his U19 days, where he impressed everyone with his quick pace and swing. The Matra-born player got a golden chance in 2011 World Cup where he was called up for the national team in biggest cricket tournament as a replacement of senior pace Sohail Tanvir. In the early start of his career, he made an instant impact as in his second Test match he picked up his maiden five-wicket haul against Sri Lanka team in Abu Dhabi. He rose to fame in 2012 three ODI series against arch-rivals India where he threatened the opposition top order with fierce pace and swing. He ended that series with eight wickets at an economy rate of 3.66.