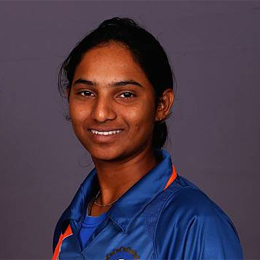 Anuja Patil is an off-spinner, who has become a consistent wicket-taking bowler for the Indian women in the recent past. The 26-year-old from Kolhapur has played 42 T20Is for the women-in-blue and struck almost every time to get 38 wickets at an economy of 5.96 runs per over.