Northeast Delhi violence: Thirteen people have lost their lives in the violence in North-East Delhi, while 186 people have been reported injured, the GTB Hospital said on Tuesday.

Northeast Delhi violence: It was another day of widespread violence in pockets of New Delhi. For those residing in these areas, it was a day filled with horrific incidents in which mobs clashed with security personnel, carried out arson, pelted stones and whatnot. The carnage took 13 lives and injured 186.

The identity of the deceased has not been made public as of now by the authorities. Delhi Police said that 56 policemen were among the injured. Earlier in the day, addressing a press conference, Delhi Police spokesperson, ACP Mandeep Singh Randhawa briefed media about the casualties in the violence which erupted on Sunday. He also said that the condition of DCP Amit Sharma and the Gokulpuri ACP, who are under treatment, is critical. 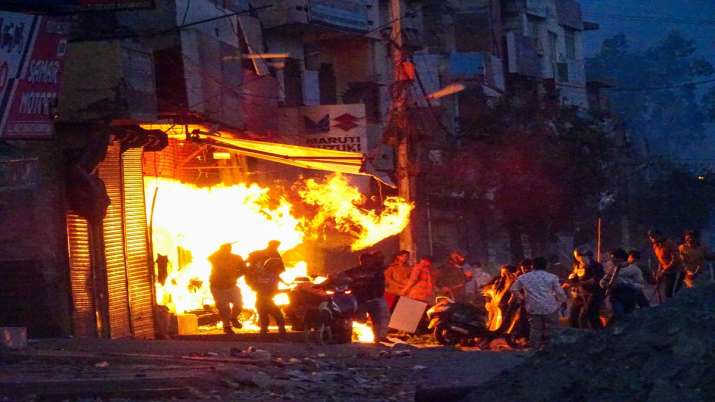 Randhawa claimed that the situation is under control in Jafrabad, Gokulpuri, and Maujpur areas as the police and government are alert and security has been beefed up in these areas. Additional police forces and paramilitary forces have been deployed while senior Delhi Police officials are also present at the spot to tackle the situation. Meanwhile, the Delhi Police have issued orders to shoot-at-sight in violence-hit areas of Northeast Delhi. A curfew was imposed in Karawal Nagar,Chand Bagh, Maujpur and Jaffrabad.

As of now 11 FIRs have been registered in this regard and several arrests have been made, the ACP said. 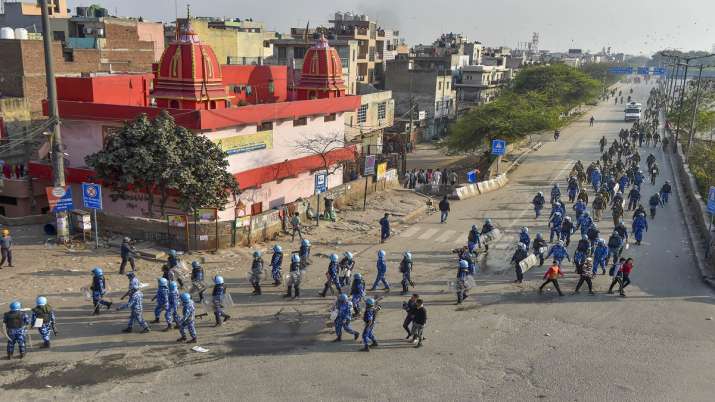 Violence continued unabated in Maujpur area of Northeast Delhi on Tuesday, with two groups of people out on the road armed with rods and sticks. An angry mob raising incendiary slogans set ablaze a motorcycle in Maujpur, said PTI. A fire brigade was also seen rushing to the spot.

Security personnel tried to disperse the people from both sides. Media personnel, covering the incidents, were targetted by the mob. They were abused at, heckled and driven away from the spot. 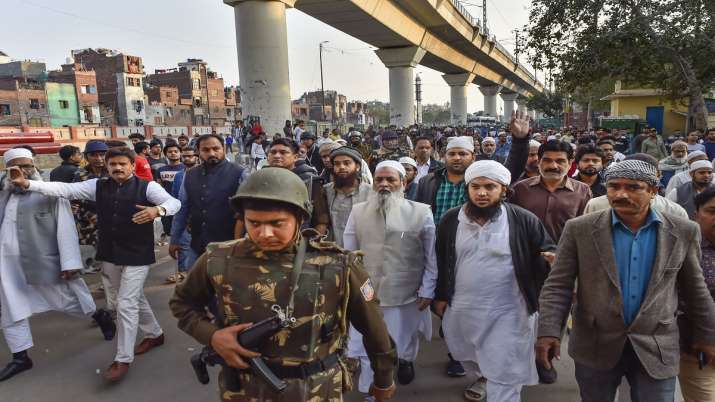 The stretch between the Jafrabad and Maujpur-Babarpur metro stations were filled with stones and burnt vehicles. Fire brigade vehicles were also seen rushing to the spot. Security personnel tried to disperse the people from both sides using tear gas shells.

The injured people were rushed to hospitals in police vans. 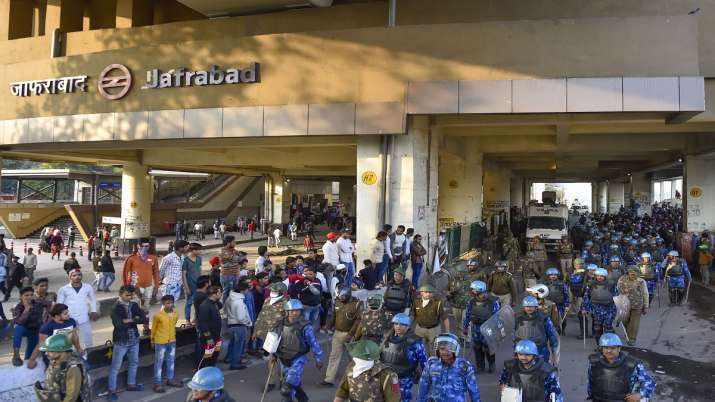 At the spot, the mobs on both sides were waving national flags and carrying sticks and rods in their hands.

Torching of vehicles was also witnessed and the situation in the area remained tensed.

On Tuesday evening, women who were protesting against the CAA outside Jafrabad metro station vacated the road. 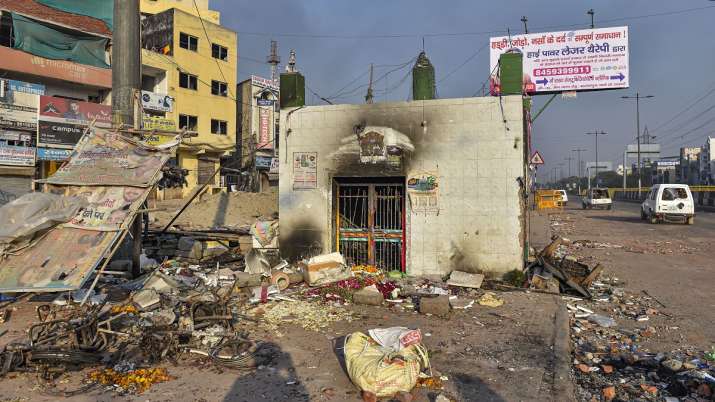 A firefighter was injured as the Delhi Fire Service on Tuesday attended to 70 calls from violence-hit northeast Delhi, an official said.

The department received fire-related calls from 8 am-8 pm. A firefighter was injured due to stone-pelting while five fire tenders were damaged, according to the official. 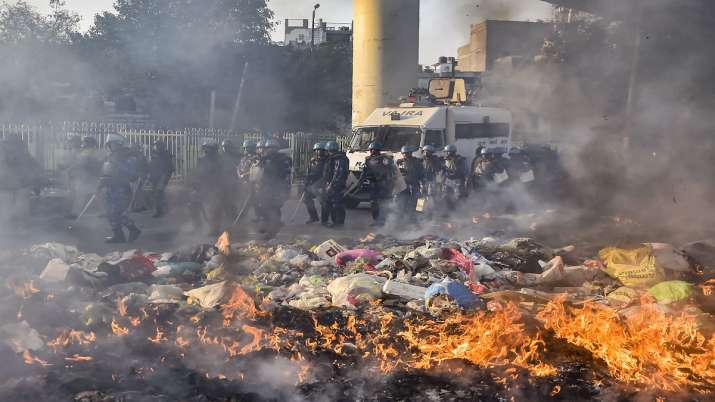 On Monday, the department had received 45 calls and in attending to those, a fire tender was pelted with stones, while another was torched by protesters. Three firefighters had sustained injuries during violence on Monday.

There were many calls for calm from political quarters. Delhi CM Arvind Kejriwal urged people of Delhi to stop the "madness" ensuing on the streets of the city. Delhi LG Anil Baijal appealed everyone to desist from violence. Delhi Police requested people to use social media responsibly while warning against ant-social activities.

(With inputs from PTI and IANS)

ALSO READ | After brief confusion over shoot-at-sight, it becomes clear that order was indeed issued