How much 'achche' has been PM Modi's 7-year rule for India? Mohandas Pai dissects

In an exclusive interview withIndia TV, Mohandas Pai, former CFO and Board Member at Infosys, shares his point of view over economic and other policies of the Modi government. 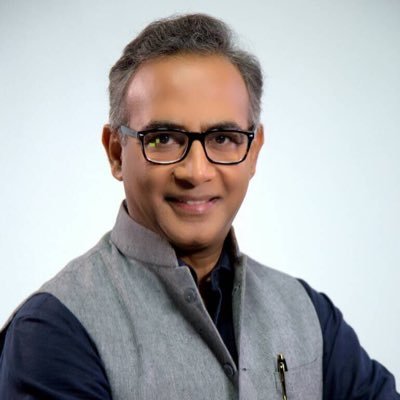 Mohandas Pai Exclusive Interview: 'Achche din anewale hain' (good days are coming) was the slogan that Narendra Modi, who was then the Prime Ministerial candidate of the BJP-led NDA gave back in 2014. The big poll promise catapulted Modi from Gujarat to Delhi. It's been seven years since Narendra Modi took charge of the Prime Minister's office and has initiated several steps to resurrect the country's sluggish economy. Be it demonetisation, GST or privatisation of public sector units, PM Modi's economic policies have faced strong objection from the Opposition as well as severe scrutiny from subject experts.

In an exclusive interview with India TV, Mohandas Pai, former CFO and Board Member at Infosys, shared his point of view over economic and other policies of the Modi government. Here's an excerpt:

'Achche din' have come or are we still waiting for it. How do you evaluate?

We need to understand first 'achche din' for whom? We have a large population of poor people, those who don't even have a house to live. What PM Modi has done in last seven years was not done by any of the previous PMs. The Modi government has constructed 2.50 crore houses for the poor so far. Over 25 crore people will get a house of their own if the government continues with this pace and construct about 5 crore houses. Similarly, provision of clean drinking water, electricity, toilet, LPG for cooking food, bank account, education, DBT, ration schemes, health insurance, mobile connection and others are being provided to people. These necessities of life are being now provided by the government. No government was able to execute these things in last so many years.

Demonetisation helped in cleaning up the economy of black money. It broke the back of people with black money. We all are aware how much corruption was there during the UPA 1 and 2 regime. There is no corruption in Delhi now. Every month thousands of new jobs are being created.

A big section of experts opine that India's economy is yet to recover from the shock of demonetision. Do you agree?

No, I don't. IMF's Gita Gopinath has said that the economy suffered due to demonetisation for only two quarters. I speak on the basis of data available. Yes, I agree that informal sector suffered but the condition improved after a year. A lot is being done, but there's a long way to go. It is absolutely wrong to project that nothing is going right in the country.

Petrol, diesel rates, prices of other commodities are at an all time high. Is this not affecting the economy and purchasing power of Indians?

Yes, it's true...but we also need to understand where did the money from tax go? It was used for the benefit of poor people and building infrastructure. I believe in the next 2-3 months prices would stabilise.

A large section of farmer lobby says the Government had to bow down before us as it was not talking about our benefit. There's a perception that the Government is on the backfoot now...

Protesting farmers have no support from Karnataka, Kerala, Tamil Nadu, Maharashtra, Odisha, West Bengal, Nadhya Pradesh, Gujarat...they have support from Western UP and Punjab. From where they were getting the money to sustain such a huge protest? They were trying to set a political narrative and nothing else. This (farmers protest) is a political agitation.

Opinion | How Modi, by repealing farm laws, has taken the wind out of the sails of opposition parties

The middle class is a disappointed lot. They believe that the governmemt is using them as cash cow as they are burdened with huge taxes with little facilities in return.

This is true. The Narendra Modi government has done little for  the welfare of the middle class. 'Tax terrorism' has increased. Tax disputes have doubled from 2014 to 2020. It is important that the middle class is given some tax relief.

Also, judicial reform is the need of the hour. In the last 60 years, the justice system has not witnessed any change and Government has nothing to address it.

What all the Government should do on priority basis before it faces the people again in 2024 elections?

Firstly, the Government needs to execute all the projects that have been grounded on a mission mode. Secondly, give big relief to the middle class in the new budget. Make the middle class feel wanted. Make them feel they are part of the country and not feel ignored, reduce their anger. Thirdly, reform the justice system. Justice should not depend on which lawyer you know and how much you pay him. Remove fear of police from the mind of people. Amit Shah should do his work, I haven't seen any police reform.