On the last day of Shardiya Navratri, married Bengali Hindu women offer vermilion or sindoor to Goddess Durga's feet and apply it on each other celebrating the festival with great fervour and joy.

The festival of Dussehra or Vijayadashami is right around the corner. It will be celebrated on October 15 this year. The festival marks the end of the nine-day Navratri celebrations as well as the five day Durga Puja festivities. On the last day of Shardiya Navratri, married Bengali Hindu women offer vermilion or sindoor to Goddess Durga's feet and face and apply it on each other. This ritual is known as Sindoor Khela.

The exact origin of the festival is not known but according to popular forklore, the festival began 200 years ago in the Durga Pujas of the zamindar houses to usher bonhomie among the housewives. According to another theory, the tradition of Sindoor Khela is a as old as Durga Puja which is almost 400 years old. According to commonly held belief, if a woman plays Sindur Khela by following the proper custom, she will never be widowed.

Women play Sindoor Khela only on the last day of Visarjan of Durga Puja. Sindoor Khela symbolises the strength of womanhood in protecting her husband and children from the evil eye. They wear white sarees with red border and accessorize it with traditional jewellery. Along with the sindoor theyoffer goddess Durga sweets and betel leaves. Following that the women apply sindoor on each other's  each other's foreheads. They also put sindoor on each other's shankha, pala and noa, the conch shell, coral and iron bangles, which are worn by the married Bengali Hindu women.

Here's how women celebrate the festival 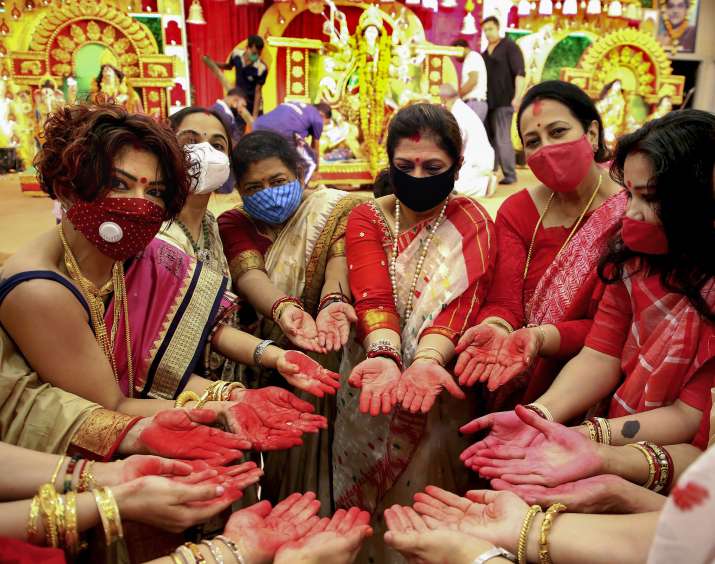 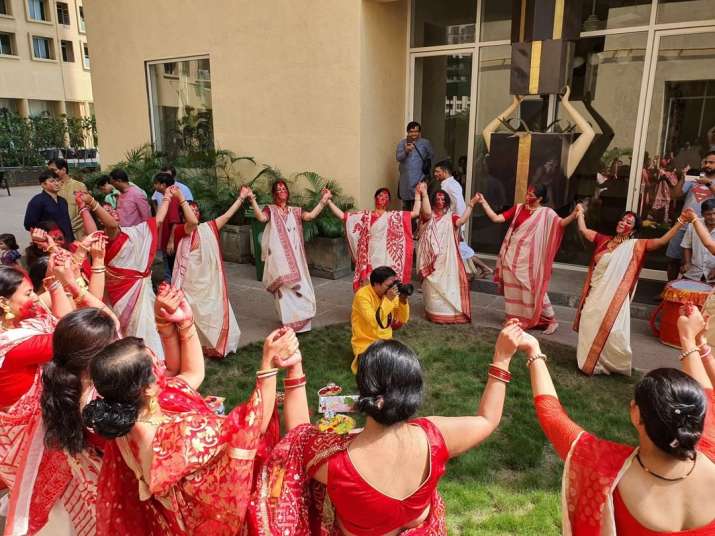 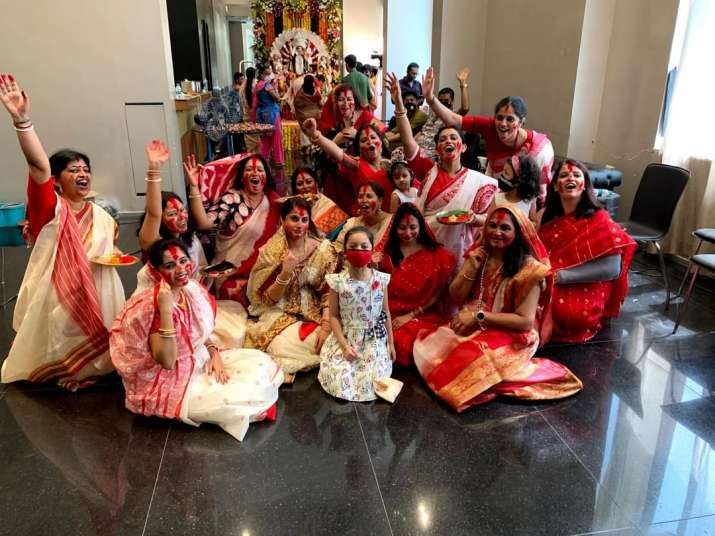