Did you know your favourite Taarak Mehta Ka Ooltah Chashmah character Jethalal aka Dilip Joshi has worked with superstar Salman Khan in Bollywood films like Maine Pyar Kiya and Hum Apke Hain Koun, both directed by Sooraj Barjatya? The actor is celebrating his 52nd birthday on May 26.

Television actor Dilip Joshi is a big name in the industry now. The actor has been playing the role of Jethalal ​Champaklal Gada in the popular show Taarak Mehta Ka Ooltah Chashmah for over 12 years now. The show which began in the year 2008 has been termed as the longest-running sitcoms of the small screen and showed Jethalal's chemistry with wife Dayaben, flirtatious behavior with Babita Ji and strong bond of friendship with Tarak. The talented actor is celebrating his 52nd birthday today on May 26. He is one of the most recognized faces of the showbiz industry but how many of you know how he stepped into the world of acting? For the unversed, Bollywood movie Maine Pyaar Kiya was not just the debut movie of Salman Khan and Bhagyashree as your favourite Jethalal too made his debut in the industry through the film.

Sooraj Barjatya's 1989 magnum opus Maine Pyaar Kiya marked the acting debut of Dilip who played the small role of a servant named Ramu who although did not make any significant mark through his dialogues but his amazing comic sense and unusual dressing style made people burst out with laughter. Ever since this film, there has been no looking back for Dilip Joshi who went on to do many Gujarati movie and TV show projects and even some Bollywood films.

Have a look at a glimpse of his role here: 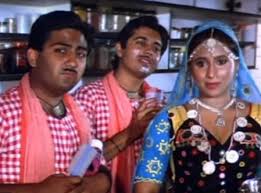 If you think that was his only film Salman, then you are probably wrong. They both collaborated yet again after five years in the film Hum Aapke Hain Koun which also had Mohnish Bahl and Reema Lagoo. Dilip played the role of Madhuri Dixit's cousin named Bhola Prasad and yet again his funny antics are remembered by all. 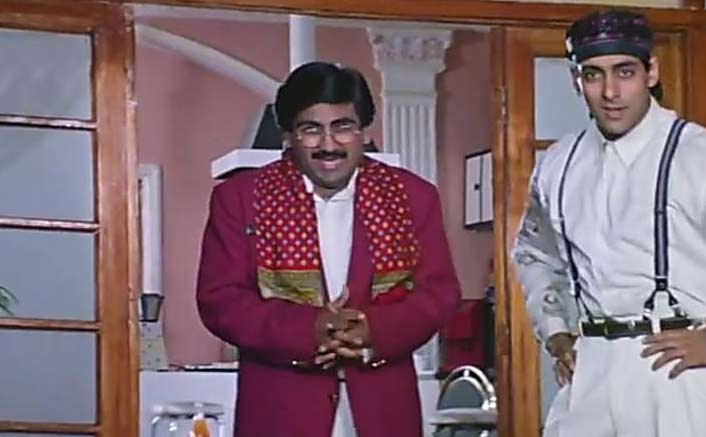 Check out a glimpse of his role in the film here: