Year 2020 taught Shilpa Shetty importance of doing nothing at times

Shilpa Shetty says 2020 has taught her a lot, and most importantly made her realise the importance of doing nothing.

Bollywood actress Shilpa Shetty is quite active on Instagram. She loves to update her fans with her fitness posts. The actor usually shares her Yoga routines and exercises with her followers and friends. Recently, taking to her Instagram handle, Shilpa said that year 2020 has taught her a lot, and most importantly made her realise the importance of doing nothing.

"In 2020, I learnt that while it's important to be productively busy... it's equally important at times to do nothing," Shilpa wrote alongside an image of herself doing yoga.

Teaching her Instagram family to observe their surrounding, she said "Sit in silence, feel the breeze, observe your surroundings, listen to the trees moving, and just focus on the mundane things that you'd miss noticing otherwise. Please yourself... and Just be."

The actress continued: "As we enter the last month of the year, I want you to choose: "Positivity, Happiness, Love, Calm, Belief."

On Monday, Shilpa also shared her yoga video, telling the fans how she began her new day. "Beginning a new day and a new week on an energetic note may not always be the easiest thing to do. But, what we can do is stretch and flex our muscles well enough to prepare ourselves for the day ahead."

She further stressed "Today, doing the Eka pada Kapotasana... this variation not only stretches the thighs, hamstrings, groin, abdomen, chest, shoulders, & neck; but also helps open up the hips & adds more flexibility to the hip region. It also helps the mind and body relieve stress and anxiety... allowing you to think & function in a better manner. Do try this flow, it’s fantastic. How do you prefer starting your Monday?"

Meanwhile, Shilpa welcomed her daughter Samisha through surrogacy in February this year. The actress was recently snapped by the paparazzi with her little girl as she stepped out of her car. 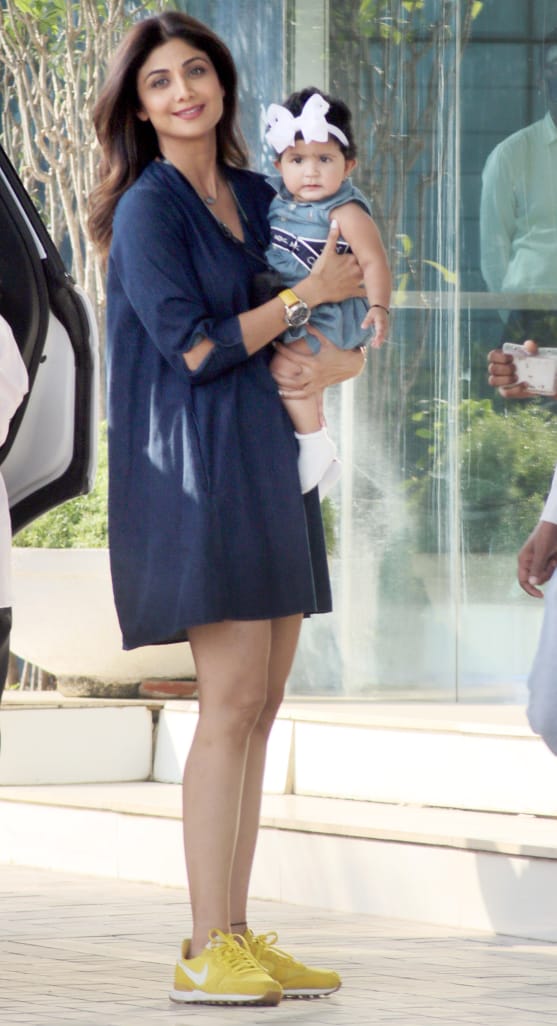 On the work front, the actress is preparing for her comeback in Bollywood after 13 years with two releases, "Hungama 2" and "Nikamma". She has wrapped up shooting "Nikamma", which stars Abhimanyu Dasani and Shirley Setia, and is directed by Sabbir Khan. Her last starring roles were in the 2007 films, "Life In A... Metro" and "Apne".