Disha Patani gets a warm welcome by Ek Villian 2 'gang'

Soon after the success of the latest release Malang, actress Disha Patani has moved on to her next project. Disha will soon begin shooting for director Mohit Suri's upcoming project Ek Villian 2. The actress took to her Instagram to confirm the news and share a note sent by the producer of the film, Ekta Kapoor. Along with the note Disha was welcomed with bouquets and smileys. The note from Ekta Kapoor read, “Welcome to the villain gang. We are Stoked to have you onboard, “and to this, Disha wrote, “So excited.” 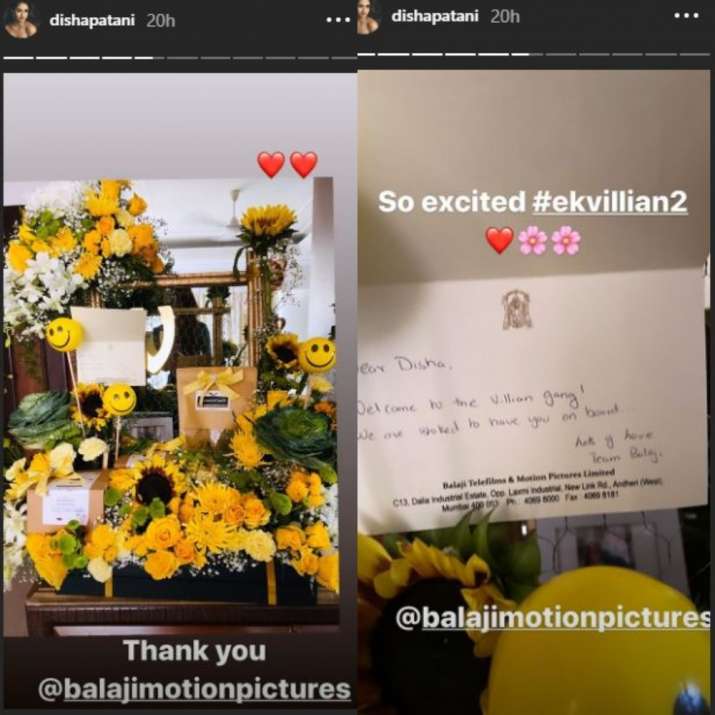 Earlier, Mohit Suri had confirmed Disha Patani’s casting as the female lead in the film. Speaking to Mumbai Mirror in an interview, Mohit Suri talked about his decision to cast Disha and said, "I want to do more action, beat up people, perform stunts… kick some butt. Just the way boys do it in your films. I want to be the hero’. That’s when I asked her if she would do the Ek Villain sequel and she was game"

The film is a sequel to 2014 release Ek Villian that starrer Sidharth Malhotra, Shraddha Kapoor and Riteish Deshmukh in the main roles.