Bollywood actress Anushka Sharma and Indian cricket team skipper Virat Kohli came together to raise funds for COVID 19 relief. The couple's fundraiser has raised over Rs 5 crore so far. They had initiated a campaign called 'In This Together', conducted in collaboration with 'Ketto', to raise funds for Covid-19 relief last week. The two emphasised how it is important to fight this battle together and help one another. The initiative aimed at collecting Rs 7 crores. On Tuesday, Anushka thanked everyone as she managed to raise Rs 5 crore through her campaign.

The actress took to Instagram Stories and posted 'A big thank you to all the people who helped us reach this milestone'. 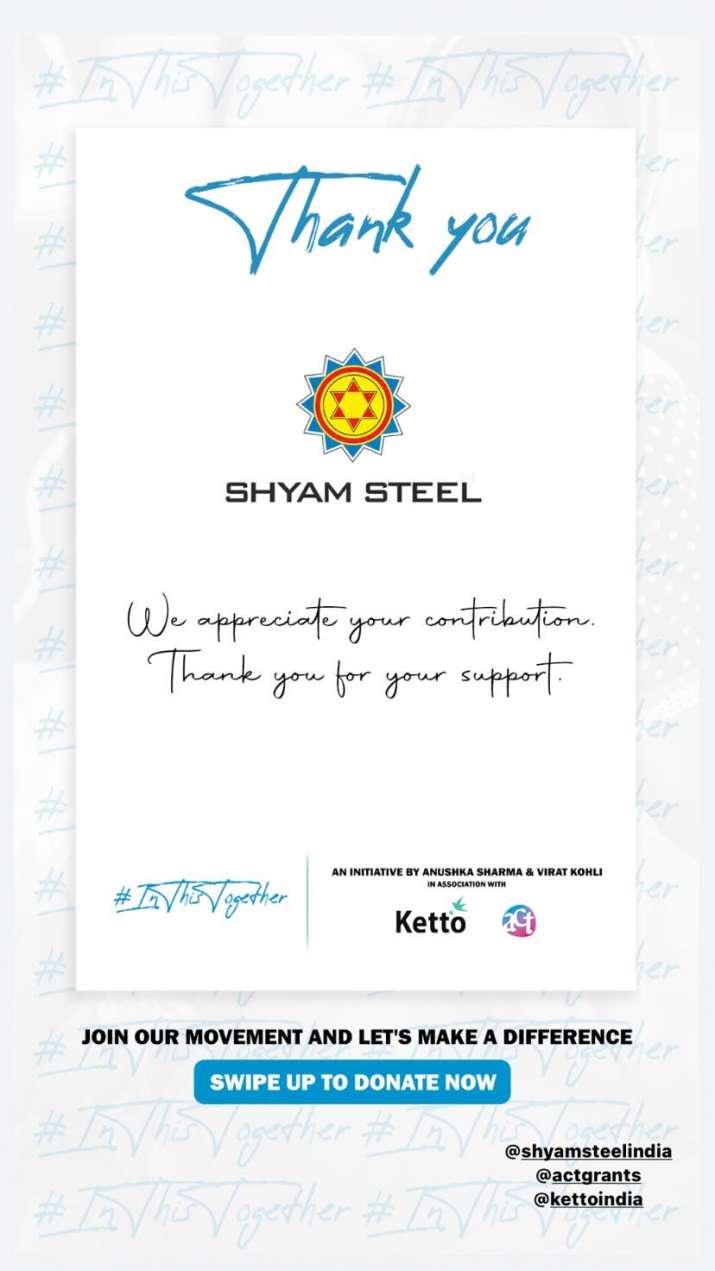 Anushka, on Sunday, had penned a heartfelt note for all the healthcare and frontline workers, lauding their efforts. She said, "We'd like to say a big thank you to all our healthcare and frontline workers, their dedication is truly inspiring." She further added, "You continue to risk your lives for the nation, and for that, we are eternally grateful to you. You are the real heroes, for Virat and I, and for the nation."

The second wave of coronavirus has infected many, and the number of COVID-19 positive cases has been rising rapidly. In Bollywood also an array of celebrities like Kangana Ranaut, Arjun Rampal, Manish Malhotra among others have been infected within a span of a few weeks.

Meanwhile, Anushka is currently embracing motherhood after welcoming her first child with Virat earlier this year. The couple was blessed with a baby girl named Vamika.

The actor has been away from the limelight for the past two years. She was last seen in 'Zero' with Shah Rukh Khan and Katrina Kaif. She has recently produced two acclaimed projects - Amazon Prime Video web series 'Pataal Lok' and Netflix movie 'Bulbul'.