Swara Bhasker took to her twitter to share a close-up selfie with her fans and got brutally trolled. Here's what twitterati is saying.

Bollywood actress Swara Bhasker appears to be the favorite target of trolls. The actress took to her Twitter handle to share a close-up selfie with her fans. She also put that up as her Twitter display picture and got brutally trolled. Swara shared the picture saying, ‘बिना वजह की सेल्फ़ी! (Selfie without a reason)’ in which she can be seen with minimal make-up and a sweet smile. Soon after she shared the picture, netizens started posting abusive and mean comments on her picture. One Twitter user wrote, “Like your Bollywood career!”. Another said, “Ye kesi mardo jesi shakal ho gayi h. Rahul baba ne make-up k liye paise bhejna band kar diya kya.” Not just the comments but twitterati flooded Swara Bhasker’s post with a number of memes as well. Check out her post and the comments here-

This is not the first time that Swara Bhasker has been trolled for her views or pictures. The actress is known for putting forth her opinion without mincing words which often rubs people the wrong way. During the fourth phase of the Lok Sabha Elections 2019, Swara Bhasker supported Kanhaiya Kumar and was very vocal about it on social media. However, the leader couldn’t win in the elections and the actress faced the wrath of the users who trolled her savagely. 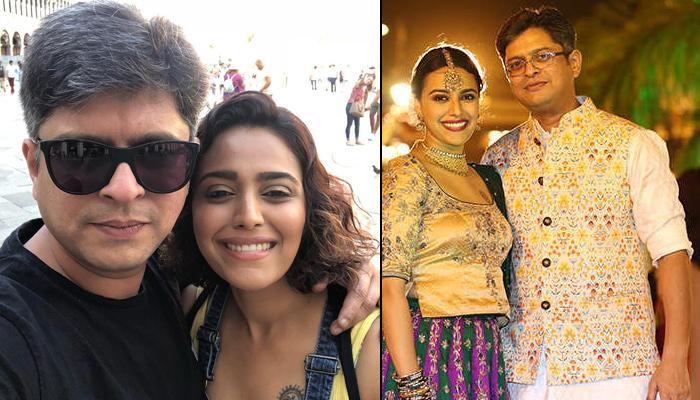 On the related note, Swara Bhasker was under the spotlight recently due to her break up with long-time boyfriend Himanshu Sharma. The duo has worked together in three Bollywood films such as Nil Battey Sannata, Tanu Weds Manu and Raanjhanaa. “Swara Bhasker and Himanshu Sharma have parted ways due to their disagreement about what the future should look like. The separation is amicable", an Indian Express report said.

On the work front, Swara Bhasker will next be seen in the role of a police officer. The actress is preparing for her role in the crime thriller series, titled, Flesh. She is attending action workshops to get into the skin of the character.