Bollywood superstar Salman Khan broke the internet when he announced that he will be reuniting with the ace filmmaker Sanjay Leela Bhansali after 20 years in their upcoming Bollywood film titled Inshallah.

Bollywood superstar Salman Khan broke the internet when he announced that he will be reuniting with the ace filmmaker Sanjay Leela Bhansali after 20 years in their upcoming Bollywood film titled Inshallah. The superstar will be seen sharing the screen space for the first time with the powerhouse of talent Alia Bhatt in the film and it will hit the screens on Eid 2020. While fans are on cloud nine with the news, the hope to witness Hum Dil De Chuke Sanam 2 still lives in their hearts. The rumour mill had it for a while that Salman Khan and Sanjay Leela Bhansali might come together for Hum Dil De Chuke Sanam 2. While the buzz around the movie died when Salman announced Inshallah, it has now surfaced the internet yet again when the actor revealed he has said yes to another script by the filmmaker.

It’s been 20 years but I am glad Sanjay and I are finally back in his next film, Inshallah. Looking forward to work with Alia and inshallah we will all be blessed on this journey.#Inshallah #SLB @aliaa08 @bhansali_produc @SKFilmsOfficial

Talking about Sanjay Leela Bhansali’s Inshallah, Salman Khan has revealed that the filmmaker came to him with the script and made it clear that if he rejects the story, he will not make the film. However, after listening to it, Salman mid-way decided that he has to do the movie for its beautiful love story. Now, the reports in Bollywood Hungama suggests that Salman Khan has already given a green light for another Sanjay Leela Bhansali project after Inshallah. Speculations are rife that the script he has agreed upon is of Hum Dil De Chuke Sanam 2! 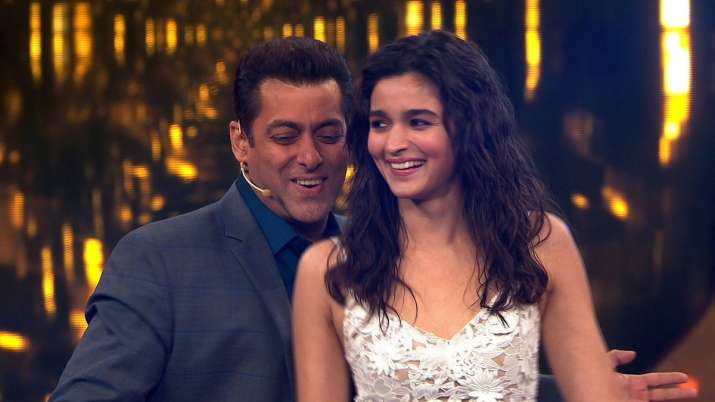 Earlier, the rumours had it that Hum Dil De Chuke Sanam 2 was on cards with Salman Khan, Shah Rukh Khan and Alia Bhatt in the lead roles. It was also said that Dabangg Khan has insisted on considering Anushka Sharma for the film, but nothing confirmed has been announced yet. A report in Filmfare from earlier in the year read, “Sanjay, who is penning the script, has narrated the idea to Salman and he is on board. Though the film isn’t a sequel or a remake, it may be called Hum Dil De Chuke Sanam2. SLB feels that the movie has all the elements that Hum Dil... had. So, the title feels like a natural fit for part two. However, it will have a different story and new characters. An A-list heroine will be cast opposite Salman, but the makers haven’t approached anyone as yet.”

On the related note, Salman Khan is gearing up for his next Bollywood film Bharat alongside Katrina Kaif. The movie also features Disha Patani, Tabu, Sunil Grover, Nora Fatehi and Jackie Shroff in important roles. Produced by Atul Agnihotri and directed by Ali Abbas Zafar, the film is an official adaptation of Korean film titled, 'An Ode To My Father'.