Janhvi Kapoor is currently busy shooting for her next Dharma Productions project Kargil Girl, a biopic on Indian Air Force fighter aircraft pilot Gunjan Saxena. Recently she completed a schedule and was in Mumbai to chill with her family and friends. She even shot for some shows and award ceremonies and now she is back to her work. The actress has to resume shooting for the biopic in Lucknow. Kargil Girl also features Pankaj Tripathi and Angad Bedi in important roles.

Janhvi was spotted at Mumbai airport with her filmmaker dad Boney Kapoor, who came to bid her daughter goodbye. The father-daughter duo was all smiles as they hugged each other. Meanwhile, Janhvi looked pretty in yellow kurta and white palazzo. She completed her look with statement earrings and pink lips. She was spotted wearing slippers because comfort should always be the utmost priority while travelling. Check out pictures 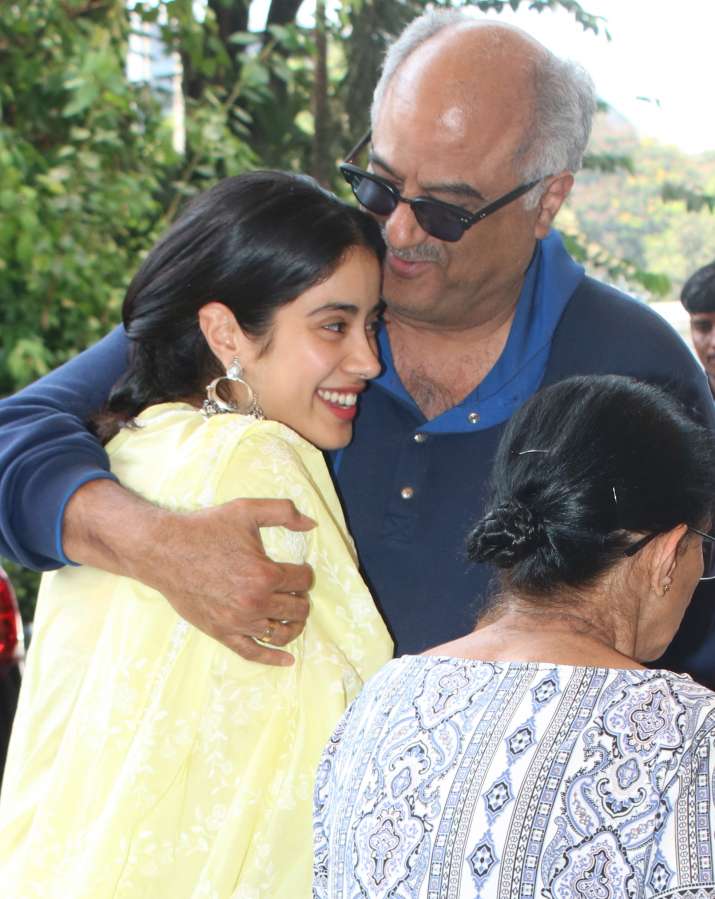 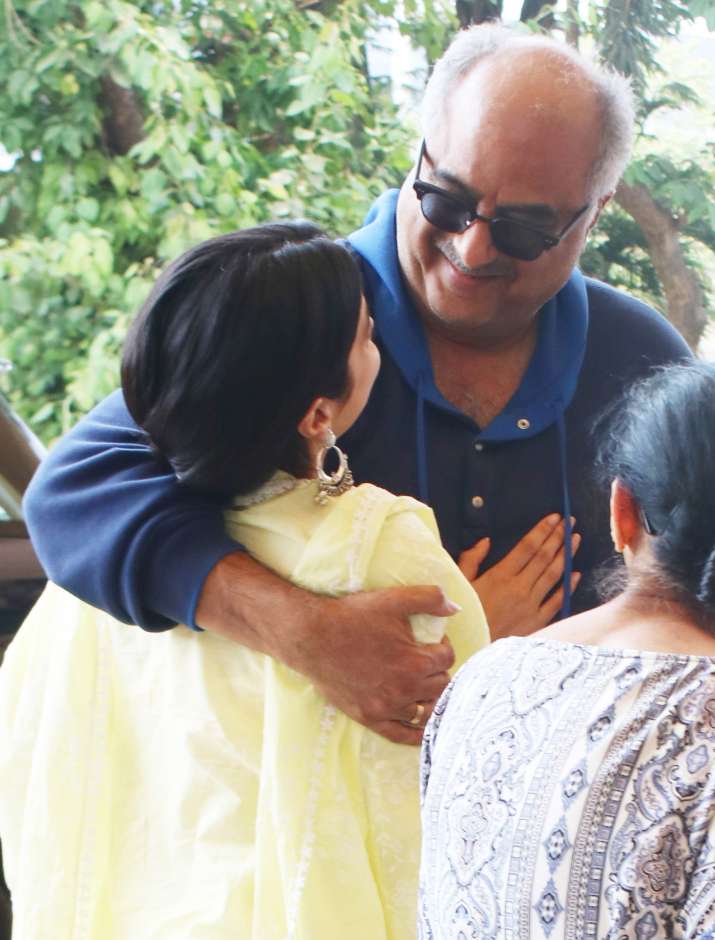 Speaking about Janhvi, her Kargil War co-star Pankaj had told IANS: “I liked the character very much. I am having a lot of fun while shooting for the film. Janhvi is a very sincere actress. She respects me a lot and I too respect her for the sincerity and commitment towards her work.” Meanwhile, Kargil War has not got the necessary clearances from the Ministry of Defence yet.

On a related note, Janhvi Kapoor recently appeared on BFFs with Vogue along with her sister Khushi Kapoor, where she was asked to pick between Kartik Aaryan and Vicky Kaushal for a kiss. Without thinking much, Janhvi went on to pick the Uri actor. For unversed, Janhvi and Vicky are paired opposite each other in Karan Johar's period drama Takht. Meanwhile, Janhvi will also be seen in horror comedy Rooh Afza co-starring Rajkummar Rao.