Censor Board, politics and Punjab: All you need to know about the ‘Udta Punjab’ controversy

Abhishek Choubey’s forthcoming movie ‘Udta Punjab’ has lately made it to the news for all the wrong reasons. The movie is facing trouble in clearance at the Censor Board, reportedly due to excessive swearing and depiction of drug consumption.

New Delhi: Abhishek Choubey’s forthcoming movie ‘Udta Punjab’ has lately made it to the news for all the wrong reasons. The movie is facing trouble in clearance at the Censor Board, reportedly due to excessive swearing and depiction of drug consumption.

The board has recommended 89 cuts on the movie, asked the makers to drop references about Punjab and has refused to give it a release certificate without the required cuts. Since then, a lot has been said and written about ‘Udta Punjab’ versus the Censor Board.

The controversy fuelled further with the involvement of politicians and filmmaker Anurag Kashyap comparing the Censor Board with dictatorial North Korea.

With the controversy deepening, here’s take a look at 10 major developments surrounding the Udta Punjab controversy.

1. The trailer of Udta Punjab, which was released on April 16, was cleared without a single cut by the Censor Board. Producer Anurag Kashyap was pleasantly surprised with CBFC’s decision had lavished praise on the board for seeing the trailer in the right context.

2. However, his happiness was short-lived as the Censor Board, reportedly, declined to give a release certificate for “Udta Punjab”, citing "excessive swearing, abusive language and drug consumption”.

3. Soon, rumours started doing the rounds that ‘Udta Punjab’ has been banned by the Censor Board. It took the social media by storm and people lashed their anger by tweeting with ‘Shame on Censor Board’.

However, later film’s co-producer Anurag Kashyap put an end to the rumours surrounding the alleged ban on the film and asserted that ‘Udta Punjab’ had not been banned. 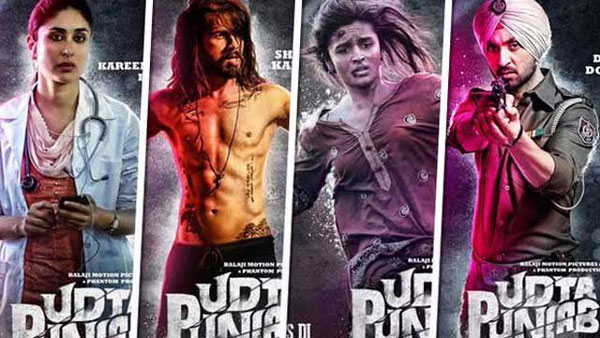 4. The CBFC (Central Board of Film Certification) has recommended 40 cuts on the movie which prompted Kashyap to request the tribunal and I&B minister Arun Jailtey to intervene.

5. The movie was then referred to a panel called the Revising Committee, presided by the Censor Board chief Pahlaj Nihalani, to take the final call on the movie.

6. However, it didn’t work in favour of Udta Punjab as the committee further asked the filmmakers to make 89 cuts in the film and remove all references to the state. The board, reportedly, wanted the film to be set in a fictional land rather than in Punjab, as it believed it could dampen the state's reputation.

Divided by films, united by censor board: ‘Udta Punjab’ gets support from Bollywood

The move has been seen by critics as one with relevance to the upcoming Assembly elections in the state that may adversely affect the current regime in Punjab.

7. Anurag Kashyap, clearly miffed with the Censor Board’s decision took to Twitter to vent out his anger and compared the censorship with dictatorship prevailing in North Korea. “I always wondered what it felt like to live in North Korea .. Ab to plane pakadney ki bhi zaroorat nahin, ” he tweeted.

8. Actor Shahid Kapoor too came forward to clear the air about the content of ‘Udta Punjab’. He urged his fans not to club the movie with a particular state and said that 'drug epidemic is not the problem of Punjab but the whole of country.

9. Things got a political twist when Delhi CM Arvind Kejriwal tweeted in support of Udta Punjab. He retweeted Anurag Kashyap’s tweet which said, “There is no film more honest than UDTA PUNJAB .. And any person or party opposing it is actually GUILTY of promoting drugs”

10. However, it didn’t go down well with the producer Anurag Kashyap who asked Congress, AAP and other polotical parties to stay away from the matter by calling it a personal battle.

He tweeted: “I request Congress, AAP and other political parties to stay out of my battle. It's my Rights vs the Censorship. I speak only on my behalf.’

Starring Shahid Kapoor, Kareena Kapoor, Alia Bhatt and Diljit Dosanjh in lead roles, the movie has created quite a buzz among the movie-goers since day one.  Not just its star cast or music, the movie has also been well received for the subject of drug abuse in Punjab that it seeks to touch upon.

"Udta Punjab” is slated for a June 17 release, but the film's issues with the censor board might just push it ahead.