Prime Minister Narendra Modi on Thursday launched an ambitious pension scheme for farmers in poll-bound Jharkhand. Under the 'Pradhan Mantri Kisan Mandhan Yojana', farmers between 18 and 40 years of age will get Rs 3,000 monthly pension after reaching 60.

The scheme has an outlay of Rs 10,774 crore for the next three years. All small and marginal farmers who are currently between 18 to 40 years can apply for the scheme. Jharkhand will go to Assembly polls later this year. 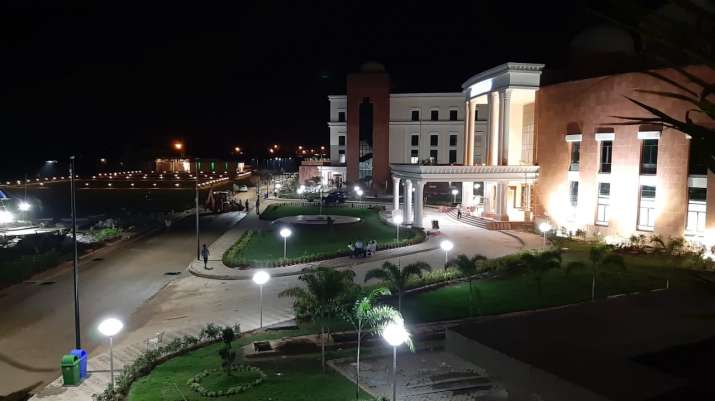 Prime Minister Modi also inaugurated the new Jharkhand Assembly building and a multi-modal terminal at Sahibganj on Thursday. PM Modi will also inform the people about the ambitious pension scheme introduced for the farmer.

Other big announcements PM Modi made in Ranchi

Today for the development and education of tribal children and youth we are starting a very big project. We are setting up 462 Eklavya model residential schools across the country.

This water terminal in Jharkhand will not only connect the area to the rest of India but also to other countries. After this terminal, the tribal brothers and sisters and farmers will be able to send their products to markets in the whole country easily.

Elections in Jharkhand is due before the yearend. The Election Commission is likely to announce the dates in the next few days.