Google Pixel 4a Review: This one’s a good deal

The Pixel 4a, at Rs. 29,999, appears like a competitive Google phone one would want. But how it is really? Read on the review to know

Google Pixel phones have been the high-end phones one would only buy if they are a total Google fan. Yes, the cameras are worth the hype but specs have been not-so-great as opposed to the iPhones or the Samsung premium phones. This is when Google wanted to change its game a bit and make slightly affordable Pixels with the launch of the Pixel 3a last year. While the phone was pretty competitive, the price felt on the higher end yet again, putting Google in a weird position.

However, one won’t say the same for the new Pixel 4a. The mid-range specs at a pretty affordable price tag make you wanna go for it for the love of its cameras. But then, the specs don’t fully justify the phone. To figure these things out, I used the Pixel 4a for a while and saw for myself whether or not the phone is a perfect (or close) mid-ranger right now. Hence, read on IndiaTV Tech’s review to find out.

The Pixels have been quite comfortable to use and the Pixel 4a is another proof of that. The phone is sleek, lightweight, and feels really good on the hands. The 5.8-inch display feels perfect if you love the smaller displays even today. The phone has a similar design as the Pixel 4 series: there is a punch-hole at the front and a small square-shaped rear camera module. It might not feel different I agree, but the convenience of a compact phone is something that will get on to you. The Pixel 4a is made up of polycarbonate with a minimalistic approach and this doesn’t make it appear cheap but a simple phone. With gradient designs on a roll these days, the simple design doesn’t feel bad but rather refreshing. 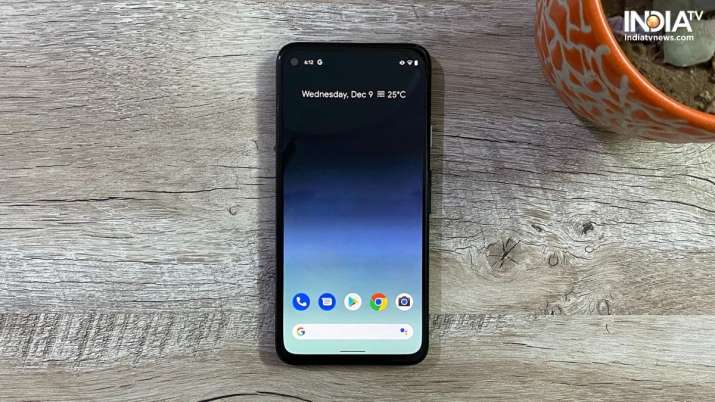 As for the aesthetics, the Pixel 4a gets a small square camera module (with a single camera lens and LED flash), a fingerprint scanner and a ‘G’ logo at the back and a top left corner placed punch-hole upfront for lesser bezels. The left side has a SIM tray, the right side has the mint-coloured power button and a volume rocker, the top has a 3.5mm audio jack and a mic, and the bottom has USB Type-C port and speaker grille on either side. 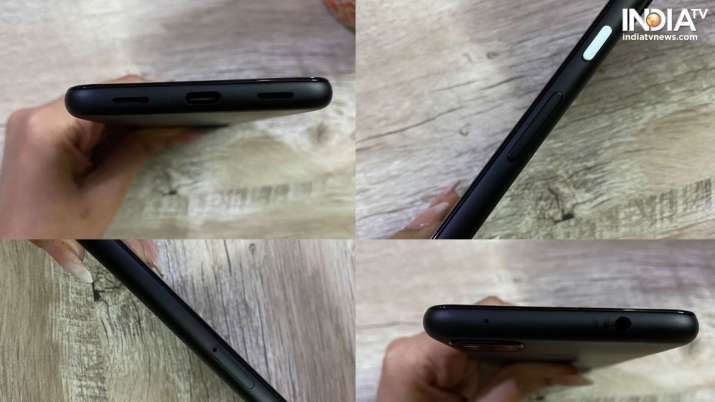 With a single Just Black colour (topped with a hint of green power button), the Pixel 4a has a design you won’t dislike. There isn’t a lot of innovation but you will like it for the comfort.

The device sports a 5.8-inch Full HD+ OLED display with a punch-hole in the top left corner. The display supports Always-on-Display mode, HDR, and 19:5:9 aspect ratio for fewer bezels. The display is similar to the size of an iPhone 11 Pro and doesn’t feel small for watching videos. 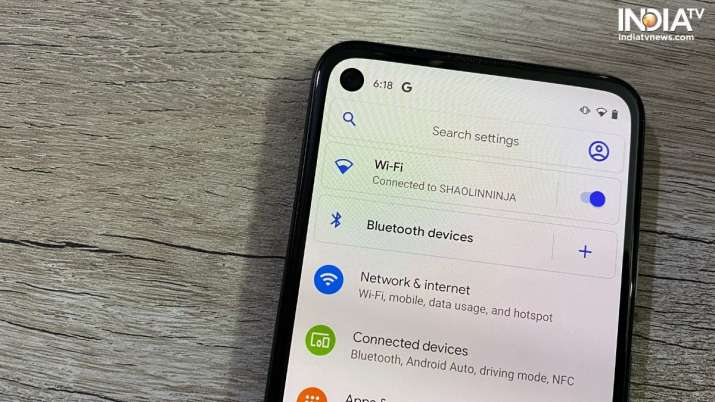 Streaming has been decent and the OLED screen produces quite bright colours. There are details but oftentimes they feel slightly washed out. However, the vivid colours compensate for the detailing.

Much like the previous Pixel phones, the Pixel 4a features a 12.2MP single rear camera. the camera comes with a combination of OIS and EIS, Auto-focus with dual-pixel phase detection, and LED flash. The front camera stands at 8MP with fixed focus. There is also support for 4K videos at 30fps. 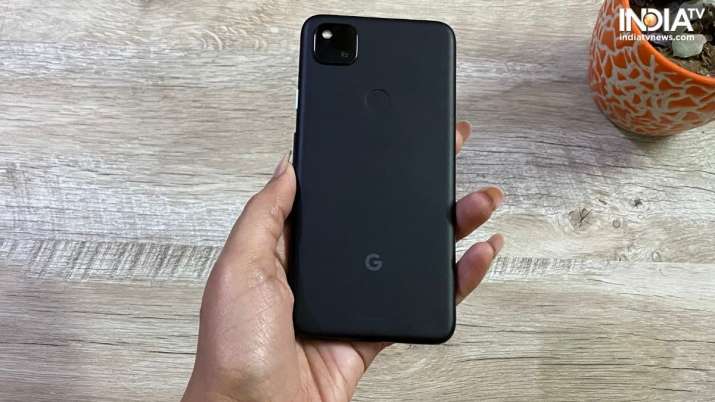 This section doesn’t require a lot of pondering. The Pixel phones have had good cameras and the Pixel 4a is no different. Even with a single camera, you get good, detailed photos. The images showcase natural colour production and the photos appear quite realistic as opposed to the oversaturated images seen on many phones. The cameras, for the price, prove to be a benchmark for phones falling under the same price category. Having said that, the images have been grainy too, especially in low-light conditions. As for Nightscape mode, it certainly has been improved since the Pixel 3a. It now gets processed quickly and produces lightened images in low or no light. However, the details can be highlighted more instead of light just being thrown to brighten a picture.

Here are the Pixel 4a specifications:

The smartphone is powered by a mid-range Qualcomm Snapdragon 730G processor and comes equipped with 6GB of RAM and 128GB of storage. The phone might feel quite mediocre on papers but my time with it was a good one. I didn’t face many issues while I surfed through the internet or clicked photos, or played some games. Watching videos was good too, especially with the lightweight design. The display and the usage felt smooth and multi-tasking wasn’t problematic. Yes, you do get some lags (mostly in the high-graphic gaming or heavy usage) but it appears too less to majorly notice. One thing worth noting is that despite the presence of a standard 60Hz screen, the usage has been quite decent and you might not really miss a 90Hz or a 120Hz display. 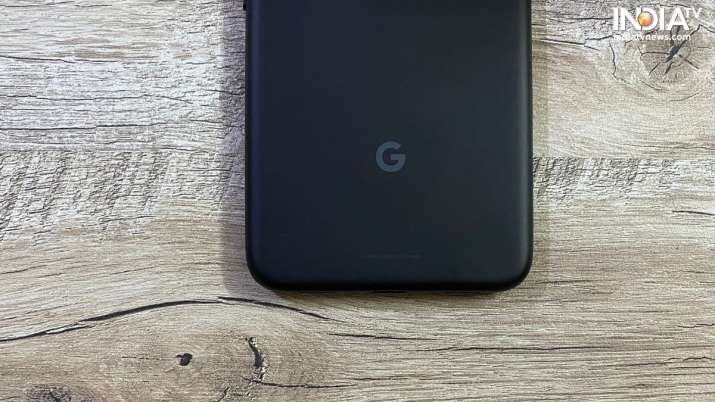 The 3,140mAh battery has been quite decent. It lasted me more than a day with the aforementioned usage and charge in about an hour with an 18W fast charger. This seems fine but could have been better with better fast charging since it won’t harm you if you get some when competitors are offering too. The OS is obviously neat and clean. Android 11 with no bloatware, added features, and some Pixel gestures call for a real cakewalk and those who like it this way, can’t say no to a Pixel 4a. Among others, the rear-mounted fingerprint scanner was snappy and the dual stereo speakers gave a decent performance.

The Pixel 4a, at Rs. 31,999, is a device that proves to be really competitive for a Pixel phone, given that the Pixel 3a cost over 40K. The phone gets cameras you would love, a decent performance, and a comfortable design. However, this doesn’t make it a competitive phone when you see the competition like the OnePlus Nord (with 90Hz display, a better QS 765G SoC, triple rear camera and more), the Samsung Galaxy M51 (with a battery twice the Pixel 4a one), the Realme X3 (with good cameras, fast charging and more), and even the Poco X3 (with 120Hz screen for under 20K). These options would make you want to skip the Pixel 4a. 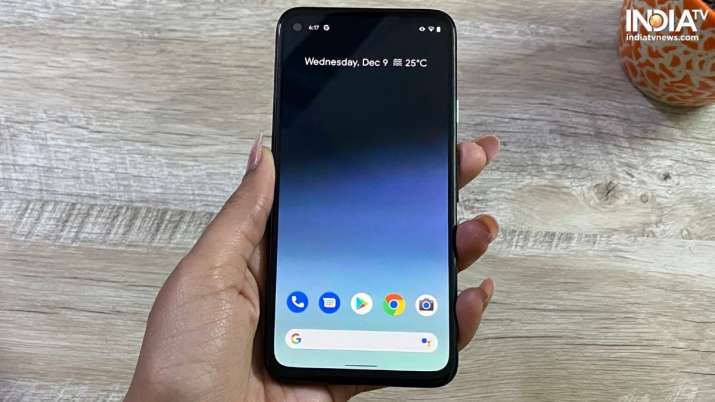 However, the cleanest UI, fastest software updates, amazing cameras, and a handy design are compelling and if you are a fan of all these things I just said or a Google Pixel fan altogether, go for the Pixel 4a already. In case you want to try it out for the first time, go for it already.