Asus ROG Zephyrus G comes with a Ryzen 7 processor coupled with Nvidia 1660 Ti GPU. Here's how it performs in the real world

Asus is consistent with coming out with new laptops through the year. The company not only launches a new model but also gives it a couple of variants with processor, RAM or graphics card difference. The Taiwan-based brand has recently launched the Asus ROG Zephyrus G gaming laptop in India.

First, the laptop arrived with the model number GU502, which featured an Intel processor. In a bid to bring the price below Rs 1 lakh, the company launched the GA502 with an AMD based chip inside. Here’s how the new Asus ROG Zephyrus G (GA502) performed during our review period:

Just like most Asus ROG laptops, the Zephyrus G looks and feels quite premium. The top panel of the laptop is made of metal and it has a brushed surface for a premium vibe. The company has also fitted a ROG logo that glows only in Red and does lack RGB. On the inside, the laptop features a 15.6-inch display panel, which is almost bezel-less from three edges but has a huge chin. With such designs, most companies fit the webcam on the chin. However, Asus eliminated it here as they feel gamers do not need a webcam and for streaming, they require a high-quality external camera. This also helped the comapny to save some cost. 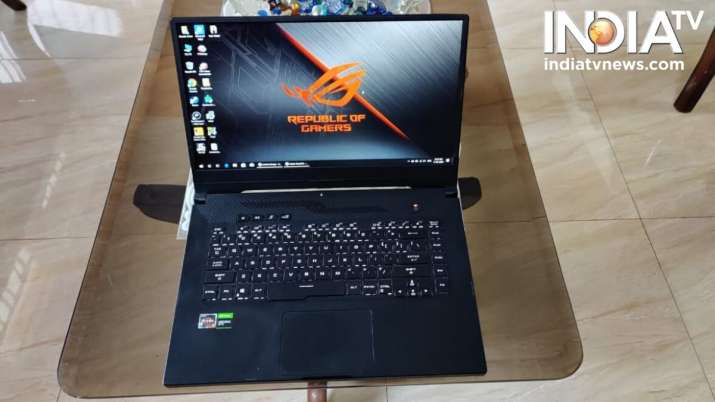 On the keyboard surface, there is a grille on the top, which might look like a speaker grilled at first glance. But those are basically vents provided for better airflow. The speakers are downwards firing and they sound decent on a tabletop but muffled on soft surface like bed. Coming back to the keyboard, the keys are quite tactile and they are backlit. However, the keys do not come with RGB lighting, they get white lighting. Asus has also added dedicated keys for volume control, microphone mute/unmute along with the ROG Armoury Crate key.

The display on the ROG Zephyrus G is crisp and smooth due to the fullHD resolution and 120Hz high refresh rate. For indoor usage, the maximum brightness is decent but when you take the laptop out at a cafe, you will have the urge for extra brightness.

Asus ROG Zephyrus G runs on a Ryzen 7 processor with Nvidia 1660 Ti graphics card. The laptop performed fairly well during my usage. In my time with the review unit, I played a couple of games including Counter-Strike: Global Offensive, PUBG, FarCry 5 and Witcher 3. In both FarCry 5 and Witcher 3, I was able to get well over 60fps even on high settings. As for PUBG, the game moved smoothly. The processor hungry CS: GO gave me results of above 100fps at an average.

In regular day to day use, I never noticed any lag or stutter thanks to 16GB of RAM. Also, the 120Hz high refresh rate display made everything feel much smoother than a similarly specced 60Hz gaming laptop.

Asus has slapped in a four-cell 76Wh lithium-ion battery inside the ROG Zephyrus G. During my review period, the laptop was easily able to last around 2.5 hours. My typical usage on the laptop included surfing the internet with Wi-Fi and Bluetooth enabled. The RAM hungry Google Chrome browser always had two or three windows open with at least five tabs in each window. Even though the battery life is not that impressive, it is decent according to gaming laptops standard. 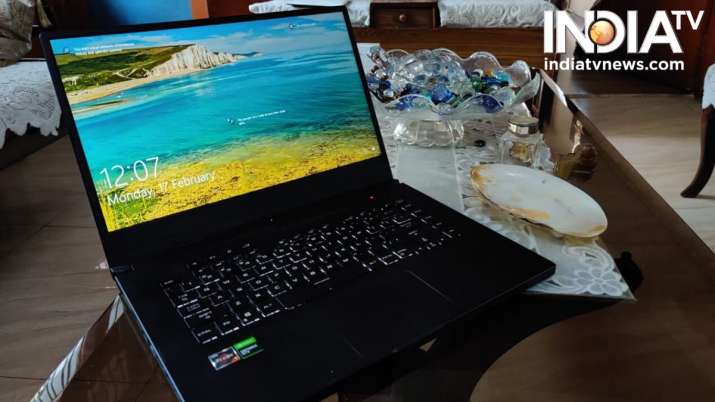 In a single statement, the Asus ROG Zephyrus GA502 is one of the best performing laptops under Rs. 1 lakh. If you do not have a problem with getting a Ryzen based laptop, this is going to perform much better than the Intel counterparts in this segment. Also, since this is a gaming laptop, one compromise you will need to make is the battery life. Apart from that, the laptop is a must-buy for gamers and video editors looking for a laptop priced close to Rs. 80,000.