"It took a lot of hard work to reach where I am right now," says PUBG Mobile e-sports player Roxx

Just like most other PUBG Mobile e-sports players, Yogesh 'Roxx' Yadav' never had a clue that he could make a career out of gaming. Now, he is the IGL of Team Celtz. Here's what he suggests upcoming pro players.

PUBG Mobile might be a casual game for most people but there are players out there playing the game at a competitive level. One of these players is Yogesh ‘Roxx’ Yadav, who plays for Team Celtz. He not just another player but he is also the IGL (In-Game Leader) of the team. As gaming is considered just an unnecessary addiction in India, the journey till here was not easy. In an interview with Indiatvnews.com, he shared his journey and his recommendations for upcoming professional players.

Yadav suggests that in the e-sports scene, each pro player needs to prove to get a spot. “When I started I had an average device and internet connection, both of which are essential in Esports. But I just one thought in my mind that I have to achieve something in it only,” said Yogesh. He further added, “Somehow, I arranged all the required stuff and started. It took a lot of hard work to reach where I am right now and this is just the beginning of whatever I dreamt of.”

Just like most other popular players, Yogesh never had a clue that he could make a career out of gaming. Initially, playing PUBG Mobile was a fun match with friends and acted as a stress buster. His first step into the e-sports industry came in with the help of ‘Harshit (MJ)’, who was already a part of the competitive scene. Speaking about this, Yadav said, “We used to play classic matches together. He saw my gameplay and suggested me to play competitive. I gave this a thought and one day we formed a team called "CELTZ" and started playing competitively. From that point, my journey as “Celtz Roxx” started." 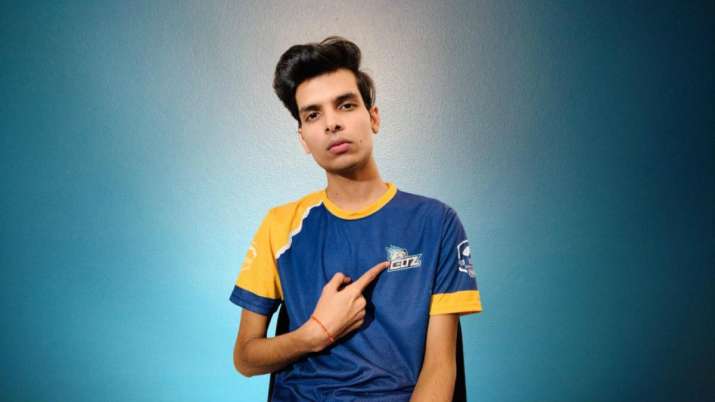 As to the reaction from his family, they initially had no clue about gaming and eSports. Yadav says his family started supporting him only when they saw him achieving his goals. With that, he was also getting recognition across the nation and most importantly he is happy about whatever he is doing right now.

Currently, Yadav is using an Apple iPhone 11 Pro Max to fulfil his gaming needs. However, he feels that the iPhone XR was a much better fit for his hands and he might switch back to the older model. He usually plays PUBG Mobile for 10 to 12 hours per day on average. This includes 6-8 hours of competitive gaming and 3-4 hours of casual gaming. As of now, he is enjoying PUBG Mobile and doesn’t like to deviate his mind towards other games.

Also Read: Avid PUBG Mobile gamer says it deserves the hype it is getting

If PUBG Mobile as a platform would not have given him a chance to come forward, Yadav would have been pursuing his studies in medical.

Roxx says, “Our Journey itself is a message. We have set a mark for underdogs and upcoming PUBG Mobile players that if there are hardwork and consistency no one can stop you from achieving your goals.”

“You just need to believe in your teammates and be focused. If you are serious and focused towards your aim, you'll achieve it for sure, sooner or later,” he further added.

In case you are unaware of the team he is playing for, it is named Celtz and it was formed by Yogesh and his friends - Harshit (MJ) and Randeep (Attanki). Initially, it was just a 3 man squad and they had no backing until PMPL (PUBG Mobile Pro League). After winning the title and proving their capabilities, they were recognized by Paul Roy, CEO - Galaxy Racer Esports (UAE). Later, the team’s name changed from Celtz to GRX Celtz.

With that being said, earning money through PUBG Mobile sounds a bit easy. However, that is not the case. Yadav claims, “The competition in esports is really very tough. New talent comes up in every tournament and to be consistent you have to work hard. Whatever you do in life if you give your best you’ll get the rewards.”