India have a few selection headaches to take care of ahead of their four-match Test series against England, starting from February 5 in Chennai.

After a long wait of 14 months, largely due to the pandemic, Team India will play their first Test series on home soil, taking on Joe Root's England in a four-Test series starting February 5 in Chennai. Virat Kohli, along with Ishant Sharma, Jasprit Bumrah, Ravichandran Ashwin and Hardik Pandya have all returned to the Test squad. While most pick themselves barring last-minute injuries, India, who head into the contest on the back of an incredible Gabba heist and Australia series win, still have a few selection headaches to take care of. Ahead of the series opener in Chennai, we take a look at five selection dilemmas for India

Prithvi Shaw and Mayank Agarwal were the first-choice combinations for the opening slot heading to Australia. On the back of a Bradmanesque home average, Mayank had retained his slot despite his vulnerabilities while Shaw was trusted with the role following his comeback half-century in New Zealand. By the end of the tour, the youngster fell out of the reckoning for the spot and later faced the axe, while Mayank, albeit his present run of nine innings without a half-century, retained his place in the squad, but slipped to the position of a third-choice opener. In their stead, Shubman Gill and Rohit Sharma left the selection committee impressed with their performance in the Australia Test series, with the pair scoring back-to-back half-century partnerships and averaging 42.50 in four innings, and is hence likely to remain India's preferred opening pair for the England series as well. Not to forget, Rohit averages 92.66 at home as a Test opener with three centuries in five Tests. Gill will be playing his first Test at home having made his debut in the format in Australia. [ALSO READ: World Test Championship scenario: New Zealand qualify for final; India, England, Australia in three-way battle] 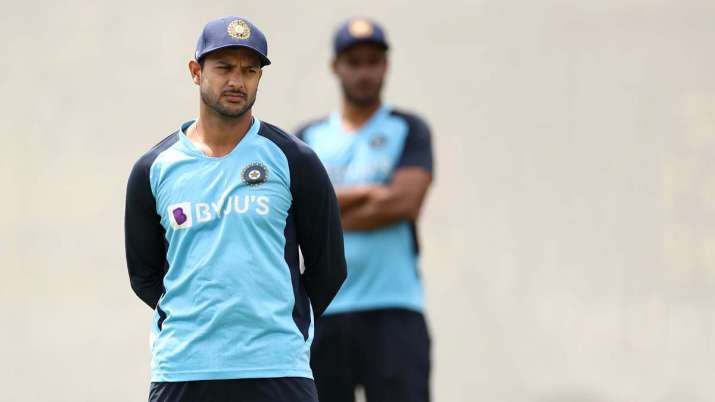 With Hanuma Vihari injured, will the management feature both Pant and Saha?

En route to his sensational and valiant innings in Sydney, Vihari had injured his hamstring which subsequently ruled him out of the Gabba Test and the first two matches against England. India had filled the gap by recalling Mayank, who played at No. 5 and 6 at the Gabba. With matches now at home, the management has the option of including both Rishabh Pant, who is likely to retain his spot following his fourth-innings heroics in Australia, and Wriddhiman Saha, who has been the preferred wicketkeeping option on home pitches. [ALSO READ: How India can exploit England's vulnerability against left-arm spin] 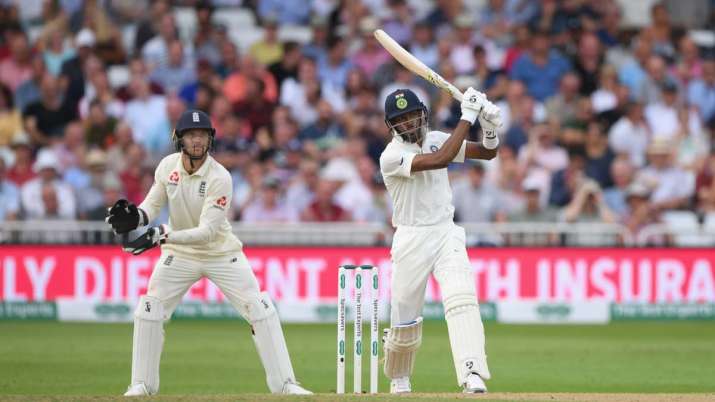 Besides this, India might also include Hardik Pandya, wo last played a Test in the 2018 England tour and has since been out of the format owing to his recurring back issue. Hardik, in this circumstance, might feature as a batsman, with the continued recovery from the injury restricting his bowling abilities. However, Virat Kohli had previously mentioned, before the Australia Test series, that Hardik can only find a place in the XI when he can contribute as a bowler as well.

Who will replace Ravindra Jadeja?

Jadeja had provided India with the much-needed balance in the Test lineup, but the all-rounder had injured his thumb during his knock in Sydney leaving India to hand a Test debut to fellow all-rounder Washington Sundar, who played a pivotal role in India's historic win in Gabba. The management might retain Sundar, forming the spin lineup alongside Ravichandran Ashwin. India can also look to exploit England's vulnerability against left-arm spin and feature Axar Patel in the XI. 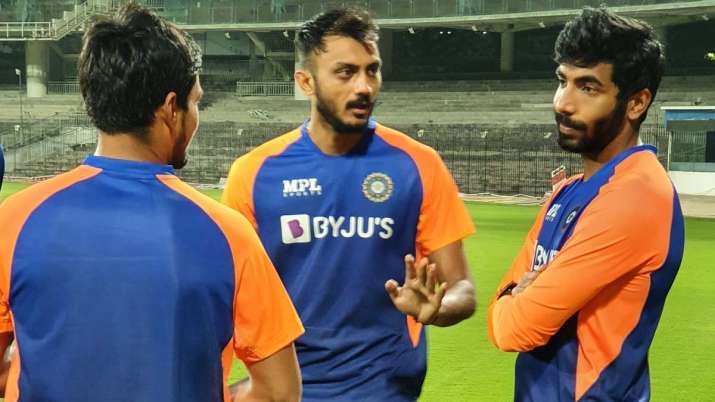 Ishant had missed the entire Australia tour owing to his recovery from an injury followed by workload management. But the fit-again veteran pacer is likely to retain his spot in the XI especially with Mohammed Shami, Umesh Yadav and Bhuvneshwar Kumar unavailable. Although he will face stiff competition from Mohammed Siraj who featured in three Tests in Australia in the absence of the injured pacers and even led India's unheralded attack in Gabba where he finished with a fifer as well. 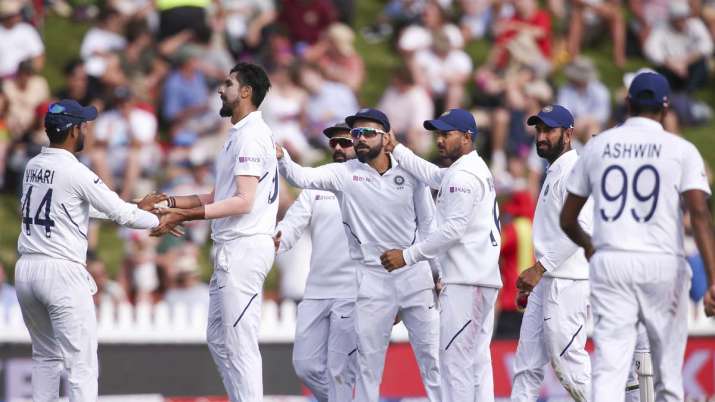 It has been a strategy that India have been following of late - in their last three Tests against Australia under Ajinkya Rahane and in their previous four Tests at home under Kohli. Ishant, Bumrah and Ashwin are certainties for the bowling lineup. The toss-up hence is between picking an extra pacer or adding a second spinner. The conditions at MA Chidambaram Stadium will dictate a lot in deciding the bowling attack. But Mohammed Siraj will be the likely pace option with Shardul Thakur being the other possibility while in the spin department, the management will have to choose between Sundar, Axar and Kuldeep.

If India feel picking two pacers will be enough, they can either add two spinners to complete the bowling attack or two spinners along with an all-rounder.