Not 45 minutes, India's collapse in Manchester was 2 years in the making

India's middle-order once again struggled to take the team home when it mattered the most but the problem runs deep and perhaps they are not the only ones to be pointed fingers at.

India's batting frailties have been well documented. Top-heavy, uncertain middle-order, mercurial finishers and an absent tail. Before the World Cup started, if there was any team that was vulnerable to good bowling among the top dogs, it was India and when it mattered the most, a familiar foe exposed them with ease.

India's inability to deal with quality fast bowling is nothing new but earlier it used to be pace and bounce but over the last couple of years it is movement that has killed the Indian batsmen and on Wednesday, the moving ball once again broke a billion hearts after what seemed like a sure shot last hoorah at the Home of Cricket.

Top-order collapse, middle-order woes and other reasons why India lost to New Zealand in semis

Bits and by pieces, he just ripped me apart: Sanjay Manjrekar after Ravindra Jadeja's blistering knock

Mohammad Amir's devastating spell of fast bowling undid Rohit Sharma and Virat Kohli in a matter of 7 balls and India fell apart in their chase of 339 against Pakistan. If not for Hardik Pandya's 43-ball 76, the margin of 180 runs could have been much bigger. Later in the year, Sri Lanka exposed the chinks in the armour once again and this time it was Suranga Lakmal who did the damage as India were staring at being bowled out below 100 if not for Mahendra Singh Dhoni's fighting 65. And, earlier this year, in what was being looked as the ideal preparation for the English conditions in the World Cup, India fell apart yet again to the moving ball as Trent Boult ran riot in Hamilton and India sans Kohli were bowled out for a paltry 92. Fast forward to July, following a sensational league campaign full of runs, India's top-order came in front of a swinging Boult along with an accurate and fiery Matt Henry and they once again failed to negotiate and hold their fort in a tricky but very doable chase of 240 in a World Cup semi-final.

India's middle-order woes and the uncertainty regarding it has hurt the Men In Blue for a while now but the problem goes much deeper. The team's batting depends heavily on the top 3 and they perform 8 times out of 10. However, whenever dealt with challenging, seaming conditions, their inability to deal with them have left the rest exposed and they have failed every single time. Kohli, Rohit and Shikhar Dhawan's runs as well have come on tracks tailored-made for batting. While scoring centuries for fun is still not easy but with little challenge provided, the job gets easier and with the class of Rohit and Kohli, scoring big is never going to be a problem. The pair along with Dhawan to an extent remain the reason behind the middle-order's woes because seldom do they get to bat. Flat-track bullies as they are, Kohli and Rohit have smashed their way to centuries for fun leaving the rest with little or no batting practice for a situation such as Manchester. 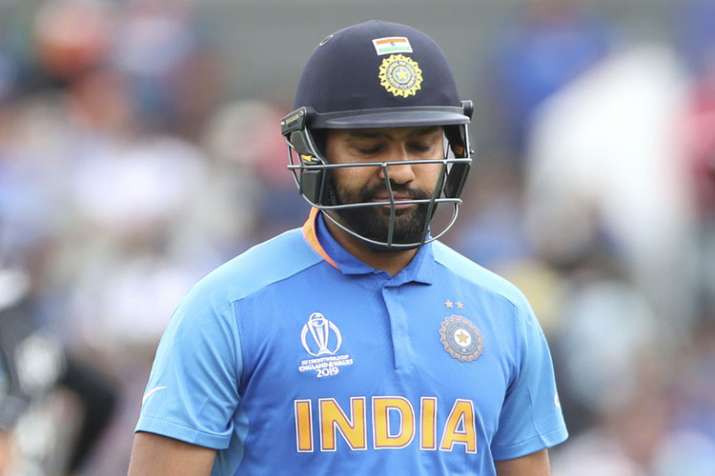 Heavily depended upon the top, when they fail, India fail because it has been taken for granted that India do not have batsmen in the middle, who can absorb the pressure and take you past the finish line. Dhoni is no longer the same batsman he was and the instability ahead of him, makes life difficult for Dhoni to do what he once was capable of while for others, Dhoni's widely criticised slow batting, pressurises them to take extra risks and fail regularly in the process.

Therefore, when Kohli comes out and says it is 45 minutes of bad cricket that knocked India out, he is wrong. It has been a while since the inability to play swing has been spoken about and as good as the top three are, they have failed to come up with an answer to quality swing bowling over two years now and if that is not a problem, India needs to think about what actually is going forward towards the next rebuilding phase.

If Indian cricket's dominating run in the World Cup was a movie, a teaser of what unfolded in Manchester was showed by Amir back at The Oval, the trailers kept coming in Dharamsala and Hamilton with the final one being in the warm-up game against the same opposition and when the movie released on Wednesday, how heartbreaking as it may be, there were enough spoilers already.