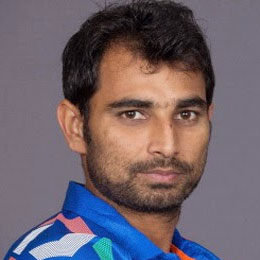 2nd Test: Batsmen falter again after bowlers fight back on Day 2 in Christchurch

India could only manage a lead of 97 and have lost 6 second innings wicket after the end of day two's play in the second Test versus New Zealand.

India's pace prowess came to the fore yet again as Mohammad Shami and Umesh Yadav bossed over a fragile South African batting line-up to put the hosts on the cusp of a 3-0 whitewash on Monday.

Mohammed Shami grabbed a hat-trick while Jasprit Bumrah bowled some tight overs as India edged Afghanistan by 11 runs in Southampton.