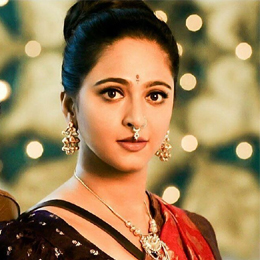 Actress Anushka Shetty features predominantly in Tamil and Telugu cinemas, is also popular by the name Sweety Shetty. Anushka made her acting debut with 2005 Telugu film Super. She is best known for her works like Vikramarkudu, Arundhati, Vedam, Rudramadevi, Size Zero and Baahubali: The Beginning. Anushka gained much praise for her performance in SS Rajamouli's magnum opus Baahubali.

Anushka Shetty, Nayanthara and Ramya Krishnan's camaraderie in the pictures had the fans swooning over them.

From Deepika Padukone to Anushka Shetty, have a look at what your favorite actresses donned as Queens.