The four-day trial opened Monday at the ICJ headquarters in The Hague amidst heightened tensions between India and Pakistan following Pulwama terror attacks.

India on Monday urged the International Court of Justice (ICJ) to annul Kulbhushan Jadhav's death sentence by a Pakistani military court and order his immediate release. India's counsel, Harish Salve, argued that Jadhav's verdict was based on a "farcical case", which hopelessly fails to satisfy even the minimum standards of due process.

Jadhav, a retired Indian Navy officer, was sentenced to death by the military court on charges of "espionage and terrorism" after a closed trial in April 2017. His sentencing evoked a sharp reaction in India.

India moved the ICJ in May the same year for the "egregious violation" of the provisions of the Vienna Convention by Pakistan by repeatedly denying New Delhi consular access to the 48-year-old Indian national.

The four-day trial opened Monday at the ICJ headquarters in The Hague amidst heightened tensions between India and Pakistan following one of the worst terror attacks in Jammu and Kashmir by Pakistan-based Jaish-e-Mohammad terror group that killed at least 41 CRPF soldiers.

Highlights of India's arguments at ICJ on Monday (As it Happened)

1) Invalidity of Pak army courts: "Military courts of Pakistan cannot command the confidence of this court and should not be sanctify by a direction to them to review and reconsider the case. India seeks annulment of Jadhav's conviction and directions that he be released forthwith."

2) Unfair trial: "India seeks relief in declaring that the trial by the military court in Pakistan hopelessly fails to satisfy even the minimum standards of due process... and should be declared unlawful."

3) Annul judgement by biased court: Noting that military courts in Pakistan are not independent, Salve said the working of such courts have been censured by the European Parliament. "A foreign detainee has the right to life, the right to a fair trial and an impartial judiciary. However, Pakistan has sentenced 161 civilians to death in their military courts in opaque proceedings in the last two years," Salve said. He urged the ICJ to grant relief to Jadhav in the backdrop of fact that his trial has been done by a military court. 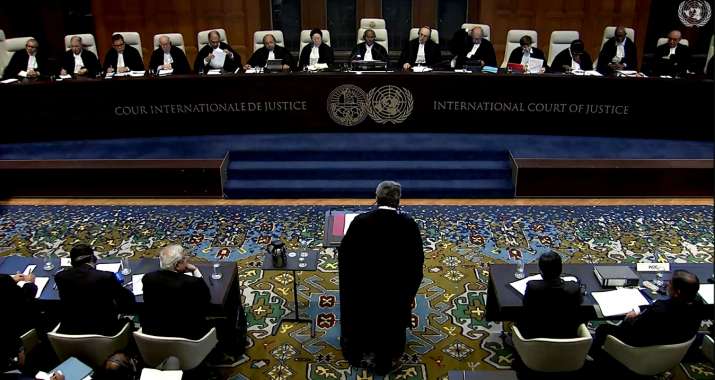 4) Immediate release in the name of human rights: "Considering the trauma he (Jadhav) has been subjected to over the past three years, it would be in the interest of justice of making human rights a reality, to direct his release," Salve said on the first day of the hearing.

5) Pak using case as propaganda tool: Salve said Pakistan's conduct doesn't inspire confidence that Jadhav can get justice there. "Pakistan has in custody an Indian national who has been publicly portrayed to be a terrorist and Indian agent creating unrest in Balochistan...," he said, adding that there is no doubt that Pakistan was using this as a propaganda tool.

6) Lack of evidence: No "credible evidence" was provided by Pakistan to show his involvement in any act of terrorism and Jadhav's purported confession clearly appeared to be "coerced", Salve said. 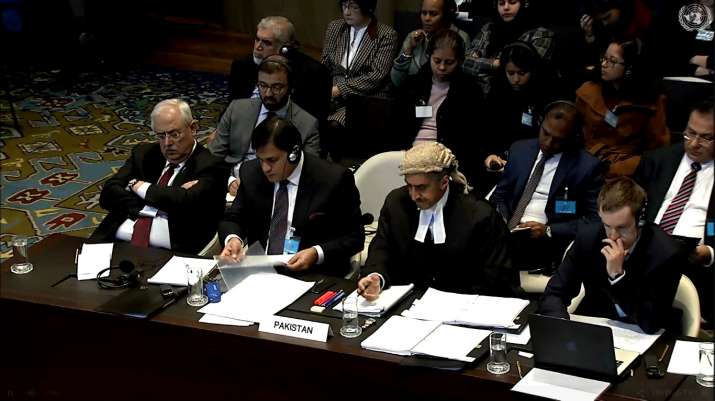 9) No due process: Salve said Pakistan filed the FIR almost a month after the arrest of Jadhav. He said Pakistan was embarrassed to disclose charges against Jadhav. Pakistan didn't send any details of the probe conducted by the Joint Investigation Team before informing the Indian side about the death sentence handed over to him. Jadhav did not get any lawyer during his trial, he added.

The ICJ adjourned the hearing till Tuesday when Pakistan will get the opportunity to present its case.

Pakistan claims that its security forces arrested Jadhav from restive Balochistan province on March 3, 2016 after he reportedly entered from Iran. However, India maintains that Jadhav was kidnapped from Iran where he had business interests after retiring from the Navy.