Woman seer’s fast-unto-death for Ganga into second month; govt accused of going back on written word

The fast-unto-death of Padmavati, a woman seer from Haridwar’s famed Matri Sadan, reached its 32nd day on Wednesday, even as her aides and other seers accuse the government of not honouring its promises made in a letter to the ashram’s head Swami Shivanand on May 4 last year

The fast-unto-death of Padmavati, a woman seer from Haridwar’s famed Matri Sadan, reached its 32nd day on Wednesday, even as her aides and other seers accuse the government of not honouring its promises made in a letter to the ashram’s head Swami Shivanand on May 4 last year. Padmavati sat on an indefinite fast on Dec 15, demanding an immediate freeze on hydel project construction activity and halt to illegal sand-mining on the Ganges.

“She has lost around five kilograms since she started her fast on Dec 15. She is just surviving on lime water and Gangajal. We fear her health might deteriorate further,” Swami Atmabodhanand, Padmavati’s fellow seer at Matri Sadan told India TV News from Haridwar.

Atmabodhanand, another crusader for the preservation of the Ganges, had broken his 194-day fast on May 4 last year after being assured by National Mission for Clean Ganga (NMCG) that his concerns on restoring the environmental flow of the river would be looked into.

“NMCG officials visited us to take stock of Padmavati’s hunger strike. They have completely gone back on their word. They denied that they made any promises to me,” he says.

In his letter dated May 4, 2019, the Director-General of the NMCG Rajiv Ranjan Mishra had stated that authorities would take strict action against illegal miners operating on the banks of the river in its origin state Uttarakhand. The NMCG, a body under Ministry of Water Resources, River Development and Ganga Rejuvenation, had also said in its communication that it would look into the concerns of water conservationists who maintain that four new hydel projects being constructed on the upper reaches of the river will “finish off” the river flow. 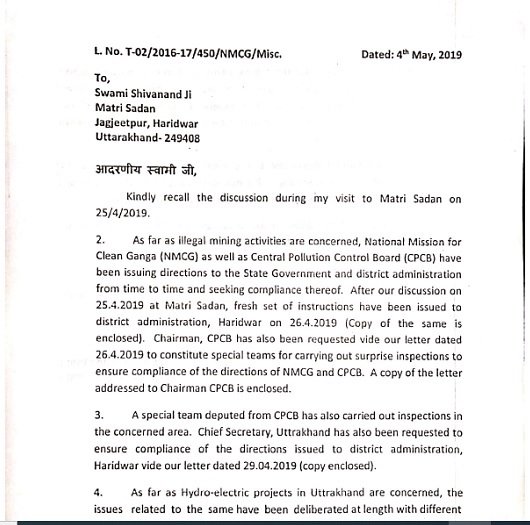 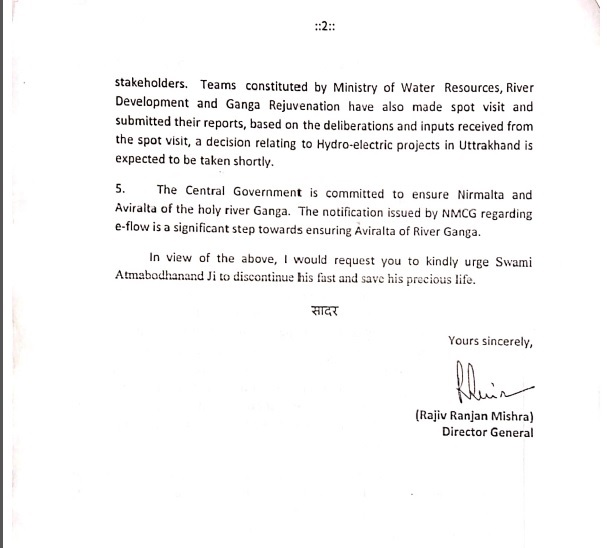 Atmabodhanand sat on a hunger strike to demand an end to construction of hydel projects after veteran environmentalist Professor GD Agarwal, fondly known as Swami Sanand, succumbed to his 111-day hunger strike for the cause of the Ganges on October 11, 2018.

“There are four dams that are currently under construction in Uttarkashi, Vishnuprayag and Pipalkoti, including the Singoli-Bhatwari Project, that, if built, will almost reduce the flow of the river to negligible levels,” explains Atmabodhanand. As per project's contractor, the Singoli-Bhatwari Project was awarded in 2006 on Build, Own, Operate and Transfer (BOOT) basis, after a competitive bidding process by the Uttarakhand government. 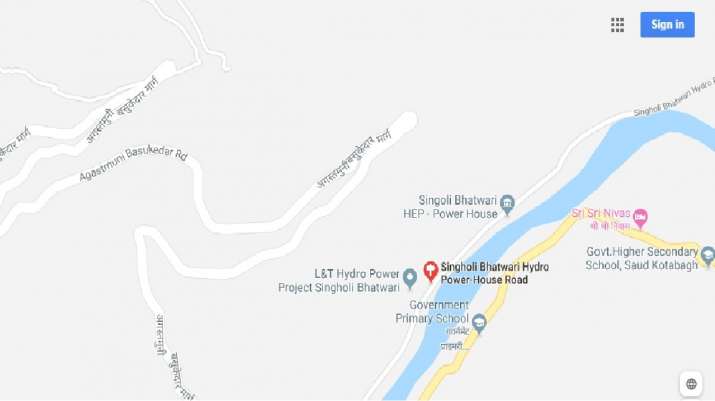 “The current rule is that hydel projects could be shelved if they haven’t reached 50 per cent construction activity. As of last year, when I was advised to break my fast, all the four projects were less than 25 per cent complete. At present, they can’t be more than 30 per cent built,” he adds.

The seer further expressed concerns that the dam construction activity, if allowed to happen unabated, will all but halt the natural flow of the river at Haridwar itself. “Already, the river is in a state when more than half of its waters beyond Haridwar are diverted to Delhi, and even Rajasthan,” says Atmabodhanand.

The seer reminded the government that through a notification issued by the Union Minister of Water Resources Nitin Gadkari on October 10, 2018, the government had stated that the minimum environmental flow of the river had to be maintained at any cost.

“Sadly, that promise hasn’t been kept either,” complains Atmabodhanand.

Explaining the importance of preserving Ganga’s e-flow, India’s ‘Waterman’ Rajendra Singh told India TV News that Ganga’s water was found to have special qualities that haven’t been detected in any other river of the world.

“It has been scientifically proven through many experiments that Ganga’s water is bestowed with special qualities and one of the most unique in the world.”

For instance, 20 km upstream from Kanpur, the river water was found to have self-cleansing quality that serves to destroy chloroform in sediments.

At Haridwar, Ganga’s self-purifying characteristic takes care of the Biological Oxygen Demand (BOD), responsible for sustaining aquatic life in the river,” adds ‘Jalpurush’, who used to be a close aide of Professor GD Agarwal.