67-year-old Kochaniyan Menon and and a 65-year-old Lakshmi Ammal met at an old age home in Kerala and fell in love. They decided to get married and shared their plans with other inmates who arranged a cermony for the elderly couple. Henna, sangeet and other traditional rituals were performed by the inmate friends.

Unusual joyous moments were witnessed at an old age home in Kerala where an elderly couple tied the knot. The old age home in Thrissur district's Ramavarmapuram housed 67-year-old Kochaniyan Menon and a 65-year-old Lakshmi Ammal among many others. The two fell in love at the centre and decided to get married. Their marriage was held in the presence of state Minister VS Sunil Kumar on Saturday.

Some years back, Lakshmi Ammal would not have thought of falling in love and marrying a man working as her husband's assistant at the age of 65.

As time passed, she met 67 years old Kochaniyan Menon again at the government-run old-age home in Trissur's Ramavarmapuram and the cupid's arrow struck them.

Meanwhile, Ammal lost her husband whereas Kochaniyan, a native of Trissur's Irinjalakuda, was abandoned by his family, forcing them to take shelter in the old-age home.

Soon, the sexagenarians developed a friendship as they shared the woes of life, love blossomed between them and decided to solemnise a marriage. 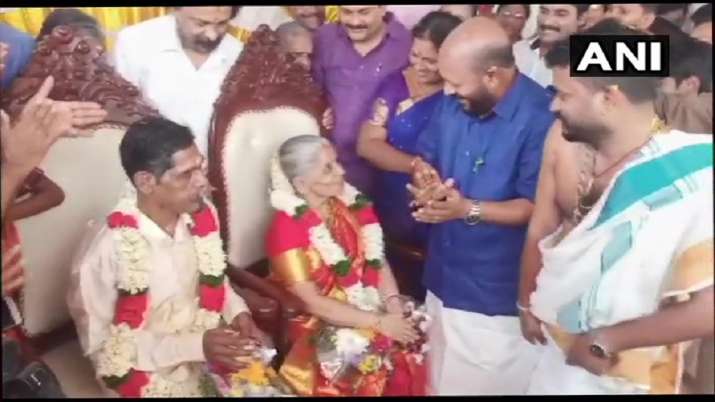 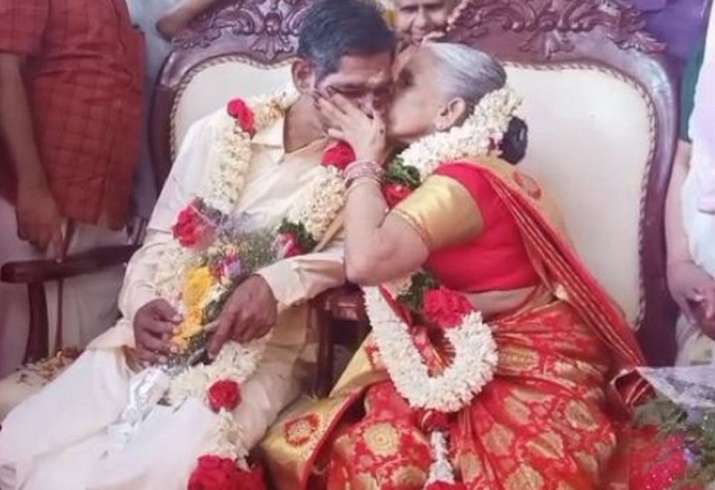 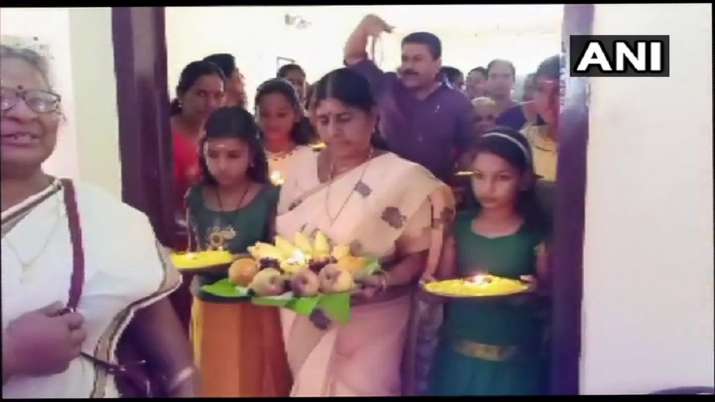 The lovebirds shared their intention with other inmates who happily organised a traditional but special ceremony for their marriage.

Henna, sangeet and other traditional rituals were performed by the inmate friends.

Sitting on bridal chairs, Kochaniyan and Ammal kissed cheeks of each other and the sound of claps and laughter filled the old-age home.