Swedish King Carl XVI Gustaf and Queen Silvia, who are on a five-day visit to India were seen at Mumbai's Versova Beach on Wednesday, cleaning plastic and garbage.

Swedish King Carl XVI Gustaf and Queen Silvia, who are on a five-day visit to India were seen at Mumbai's Versova Beach on Wednesday, cleaning plastic and garbages. They were accompanied by a young lawyer and Mumbai-based climate activist Afroz Shah on the Versova beach clean-up project. Shah gave them a short presentation on the project.

Afroz Shah is best known for organising in the world's largest beach clean-up project. He started cleaning up Versova beach single-handedly, two years ago and drew 12,000 volunteers for his initiative. 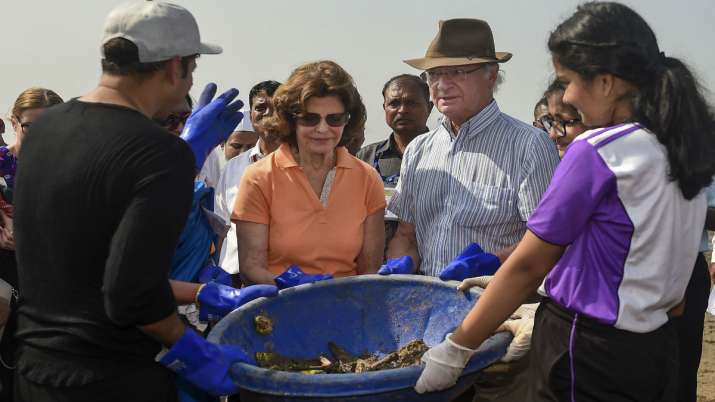 The royal couple interacted with volunteers of the Versova Beach who helped Shah make this clean-up project a huge success.

The Swedish royal couple hit the headlines with Uber Cool behaviour as they carried their own bags after landing at the Delhi Airport. After completing their engagements in the national couple, the King and Queen of Sweden flew to Mumbai today morning.

The royal couple is scheduled to meet Maharashtra Governor Bhagat Singh Koshyari at Raj Bhawan later today and will embark for Dehradun the next day to visit Ram Jhula Bridge and Bathing Ghat in Uttarakhand. 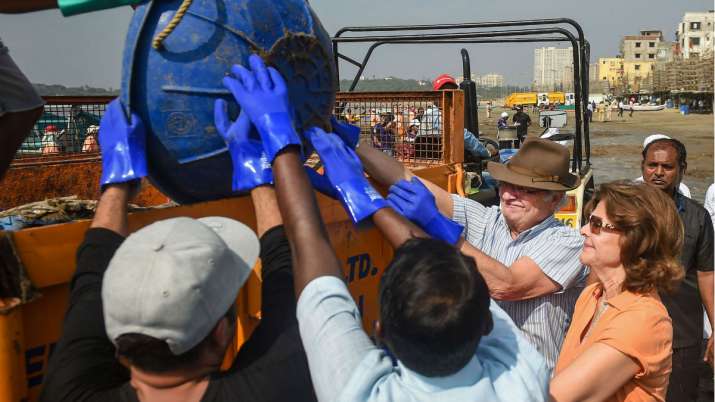 On Tuesday, the Swedish King chaired a dialogue on circular economy approaches in India alongside senior Swedish and Indian government officials in New Delhi and discussed current initiatives underway for tackling the issues of air pollution and waste in India.

He also spoke about the importance of improving the quality of forests and acknowledged that the round-table made him feel positive that many different stakeholders are committed to working on conservation and climate change, the Swedish embassy in India said in a statement.

They will inaugurate the Sarai Sewage Treatment Plant in Haridwar on Thursday.

Concluding their visit, the couple will emplane for New Delhi on Friday and thereafter will leave for Stockholm.

(From inputs from ANI)