India is all set to celebrate its 74th Independence Day on Saturday. The Mughal-era Red Fort in the national capital, from where Prime Minister Narendra Modi will address the nation, is likely to receive light rains Saturday morning.

India is all set to celebrate its 74th Independence Day on Saturday. The Mughal-era Red Fort in the national capital, from where Prime Minister Narendra Modi will address the nation, is likely to receive light rains Saturday morning. It looks like the I-Day celebrations are going to be quite rainy this time. A multi-layered security arrangement and a mandatory adherence to social distancing norms are already in place for the I-Day celebrations amid coronavirus concerns.

According to Kuldeep Srivastava, the head of the IMD's regional forecasting centre, Delhi will have overcast skies throughout the day. The IMD has predicted light to moderate rainfall for 24 hours starting tomorrow morning. Srivastava told India TV Digital that the Red Fort is likely to witness light rains between 5 am and 10 am.

It is not just the national capital that is predicted to receive rainfall during the I-Day celebrations, other parts of the country are also predicted to have overcast conditions with heavy rainfall. The IMD has predicted rainy weather for isolated places from Gujarat and Rajasthan in the west to almost all north-eastern states and West Bengal in east and from Uttar Pradesh in the north to coastal Andhra and Telangana in the south for August 15.

According to the IMD forecast, the country is headed for a spell of heavy rains. The weather agency has also forecast fairly widespread to widespread rainfall over major parts of northwest India. This includes Himachal Pradesh, Uttarakhand, Punjab, Haryana, Uttar Pradesh, Chandigarh and Delhi.

In a five-day all-India weather warning on Thursday, IMD attributed the conditions to several factors, including monsoon movement. It said that the western part of the trough has shifted to the north of its normal position and is likely to remain there during the next 48 hours while its eastern part is near its normal position.

Meanwhile, a full dress rehearsal of the Independence Day celebrations was held at the Red Fort on Thursday. Personnel from the Army, Navy and Air Force marched across the Mughal-era structure. The police has requested the invitees to follow the COVID-related guidelines issued by the home and health ministries during the Independence Day celebrations at the Red Fort. 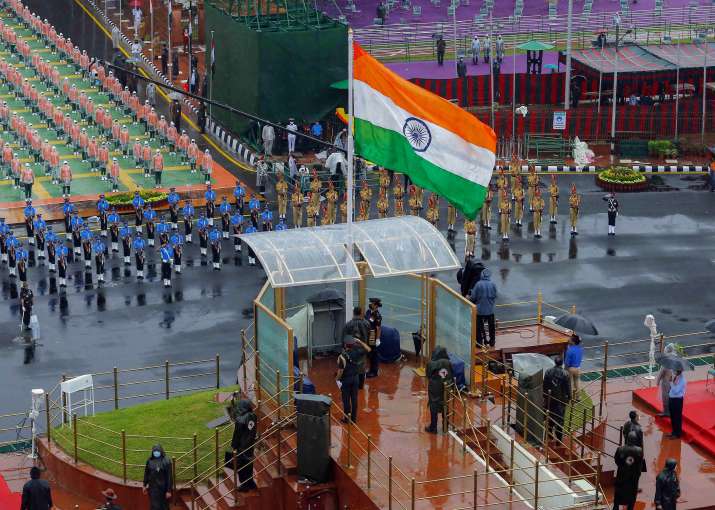 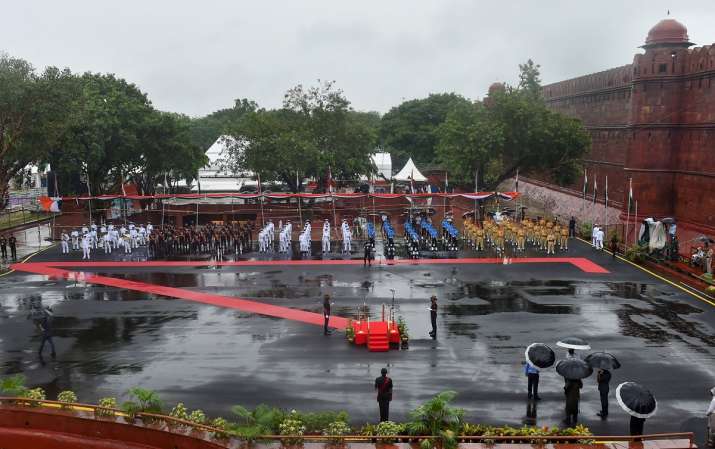