Gujarat Chief Minister Vijay Rupani on Saturday resigned from the post, his sudden announcement coming over a year before the state goes to the polls. It is not clear what prompted the development.

Bhupendrabhai Patel has been chosen as the new chief minister of Gujarat, a day after Vijay Rupani resigned. The decision was taken at a meeting of BJP legislators in Gujarat later on Sunday. BJP had appointed Union ministers Tomar and Prahlad Joshi as observers for the legislature party meeting to elect a new chief minister.

Vijay Rupani had on Saturday resigned from the post. The sudden announcement came over a year before the state goes to the polls.

03:44 pm: According to sources, the new Gujarat CM's name could be a complete surprise. Meanwhile, the key meeting is underway.

03:24 pm: Meeting has begun. Vijay Rupani's contribution and work being discussed at the moment. Union Minister Parshottam Rupala speaking at the dias. 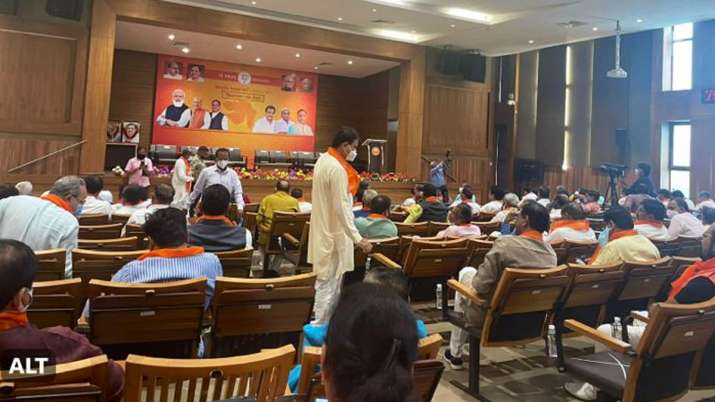 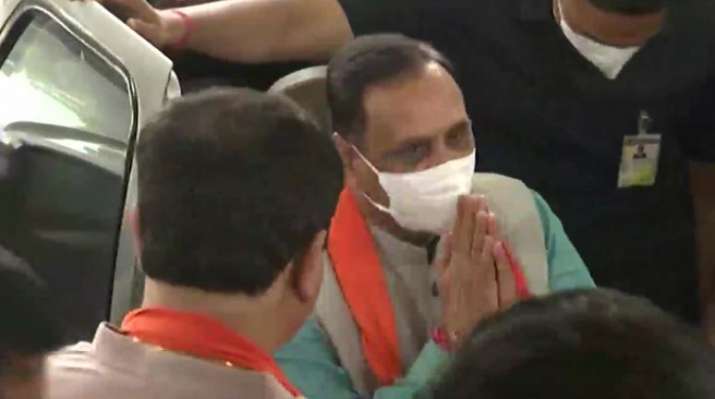 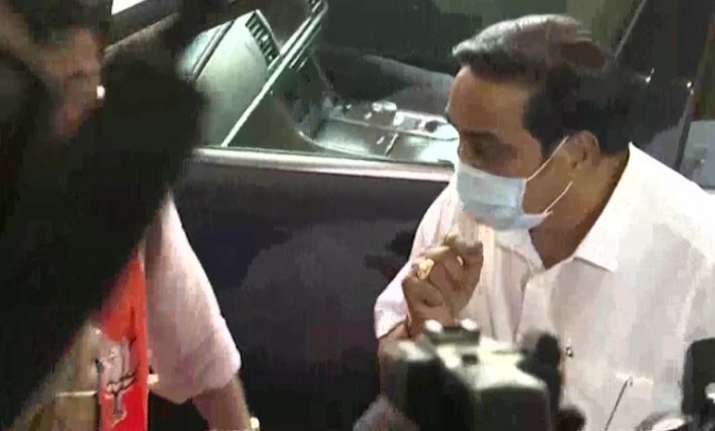 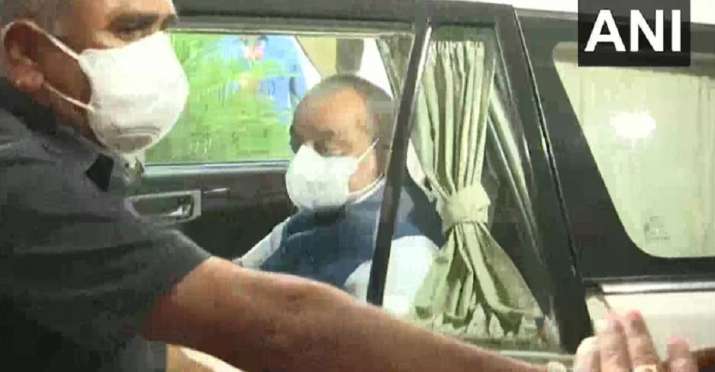 12:48 pm: Nitin Patel - "A CM should be someone who is popular, experienced and takes everyone together. There are rumors in the media that I will be made CM, but the fact is that BJP high command will decide who will be the chief minister."

10:46 am: Gujarat BJP legislature party to meet today at the party office in Gandhinagar

10:31 am: Sanjay Raut - "Gujarat CM's resignation is BJP's internal matter. We'll contest the elections in Uttar Pradesh on around 100 seats (total 403 seats), which will take place next year. In Goa, we'll contest elections on more than 20 seats, we may form an alliance."

10:10 am: Pralhad Joshi - "I will hold consultations with Gujarat leaders, then the central leadership will take a decision."

09:06 am: Narendra Tomar - "We have come here to hold further discussions (over the name of next chief minister of Gujarat). We will hold discussions with the State president and other leaders."

08:49 am: BJP appoints Union Ministers Narendra Singh Tomar and Pralhad Joshi as the central observers for BJP Gujarat legislative party meeting, to elect a new chief minister of the state

What Vijay Rupani mentioned in his resignation

Gujarat Chief Minister Vijay Rupani on Saturday resigned from the post, his sudden announcement coming over a year before the state goes to polls. It is not clear what prompted the development in Prime Minister Narendra Modi’s home state where elections to the 182-member Assembly are due in December 2022.

Rupani (65), the fourth chief minister to demit office in BJP-ruled states during the coronavirus pandemic, was sworn in as chief minister – his second stint as CM - in December 2017.

"I have resigned as chief minister of Gujarat,” Rupani told reporters after meeting Governor Acharya Devvrat and submitting his resignation letter.

"I was allowed to serve the state for five years. I have contributed to the development of the state. I will further do whatever is asked by my party,” Rupani said.

“In BJP, there has been a tradition that responsibilities of party workers change from time to time. I will be ready to take whatever responsibility that the party will give me in the future,” Rupani said.

“I thank Prime Minister Narendra Modi for giving a common worker like me this opportunity to serve the people of the state as chief minister,” Rupani said.

Rupani and state cabinet colleagues met the governor and submitted their resignations.

Asked about reasons for his resignation, Rupani said, “In BJP, it is like a relay race for party workers. One gives the baton to the other."

So who will be the next Gujarat CM?

On who will be the next chief minister, Rupani said that the party will decide about it. He denied that he had any differences with state BJP president CR Paatil.

Rupani comes from the Jain community which has around two per cent population in the state. There is speculation that his successor may be from the patidar community.

He first became the chief minister on August 7, 2016, following the resignation of incumbent Anandiben Patel, and continued in the office after the BJP's victory in the 2017 Assembly elections.

Rupani, who completed five years in office on August 7 this year, was present at the inauguration on Saturday of Sardardham Bhavan where Modi was present virtually.

Rupani is the fifth BJP chief minister leaving office since the pandemic began.

In Uttarakhand, it replaced two Thakur chief ministers with another Thakur leader, and speculation was rife that Rupani, who comes from a numerically insignificant Jain community, may make way for a Patidar, the largest community in the western state.

However, this was considered more a case of the party rewarding Sarma than it taking any dim view of his predecessor, who was later made a Cabinet minister in the Modi government.