The Kesarbai building that collapsed at around 11:40 am was located in Tandel Street, Dongri. Besides police and fire brigade officials, a team of National Disaster Response Force (NDRF) is also on a search and rescue operation at the spot.

Four people were killed after a four-storey building collapsed in Mumbai's Dongri area on Tuesday morning. The incident was reported at 11:40 am. Nearly 50 people, including children, are still trapped under the debris of the 'Kesarbai' building, as rescue workers rushed to the spot.

At least three teams of the National Disaster Relief Force (NDRF) were dispatched for the building collapse site. 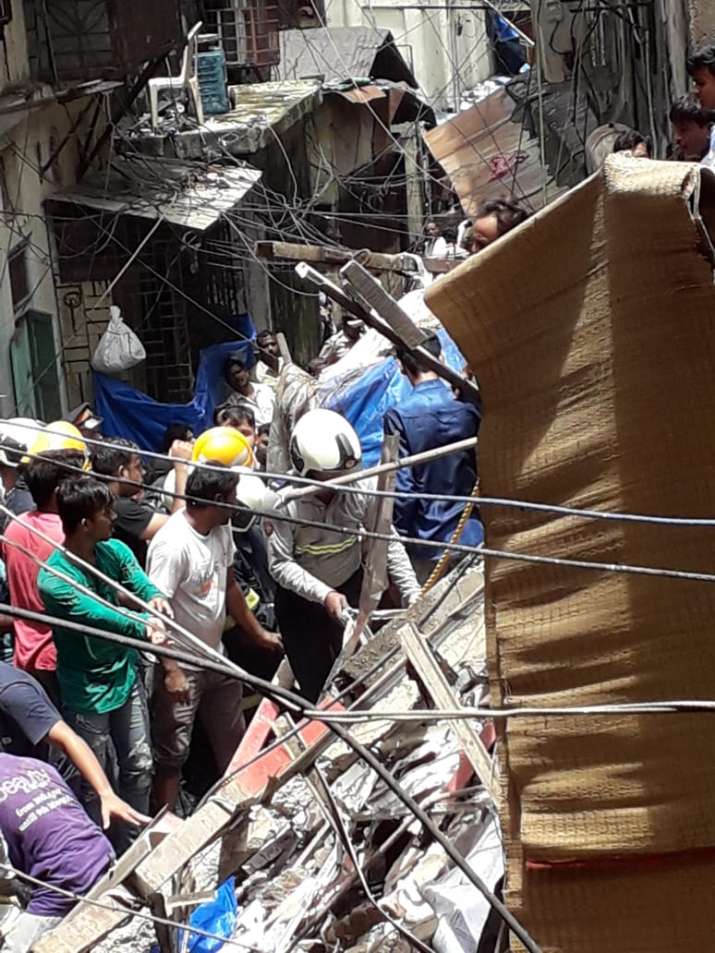 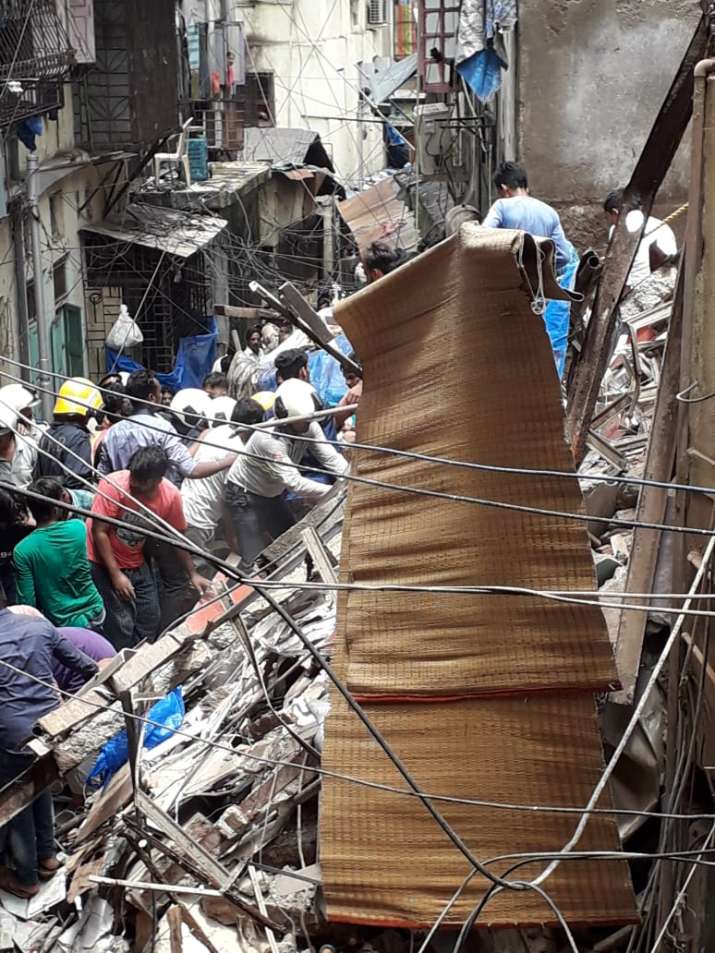 The four-storey building, named Kesarbai, that collapsed Tuesday noon, trapping nearly 50 people, is said to be more than 80-year old. 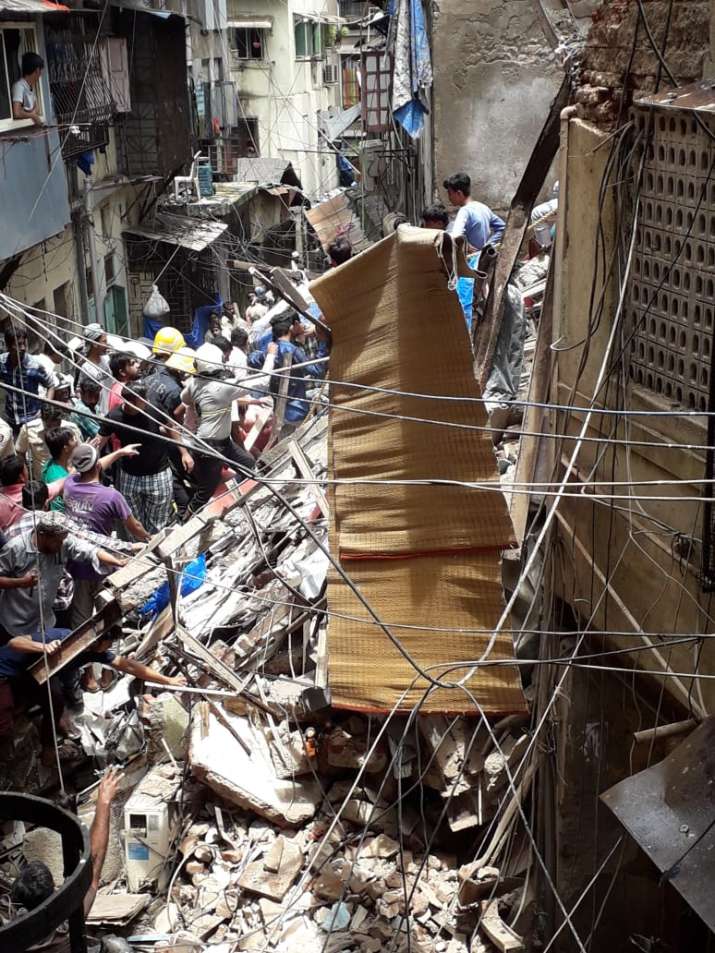 A child was discovered stuck in the debris by the locals. And they formed a human chain and cleared out the debris with bare hands in order to save the child. 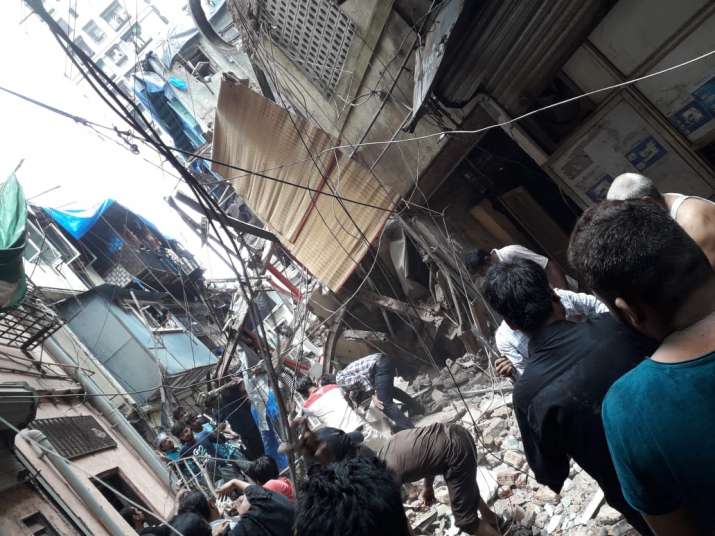 It was then when the world witnessed why Mumbai is called the Maximum City -- the valour, spirit and humanity, everything is just the maximum. 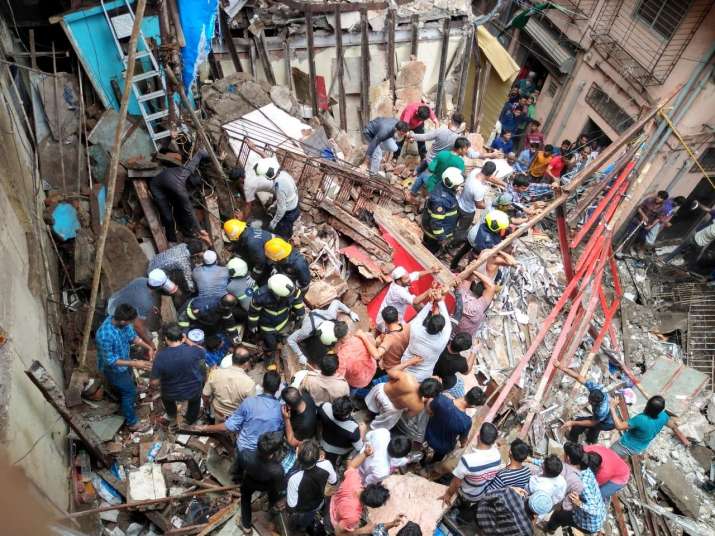 The child and a woman were miraculously saved. 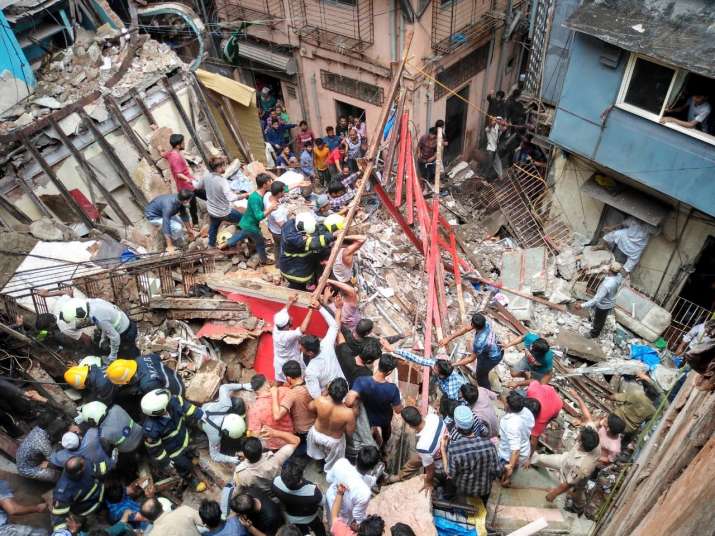 The building collapse took place in a narrow, congested lane -- and crowded neighbourhood, which made the rescue operation difficult. 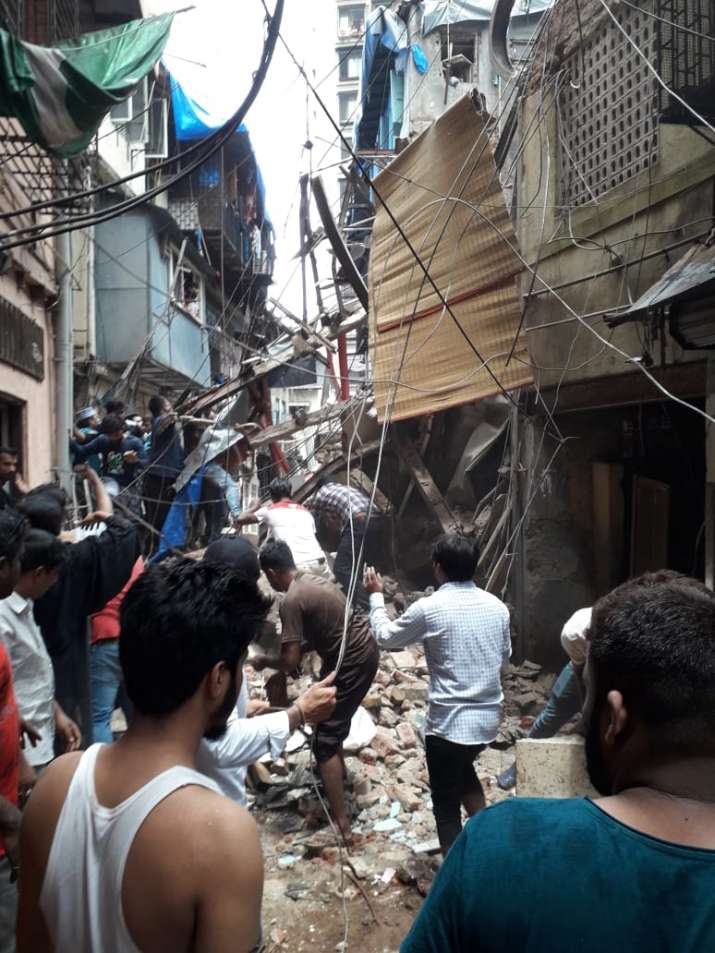 A woman, in her late fifties, told India TV: "My daughter lives with her in-laws in this building. I don't know where she is now." 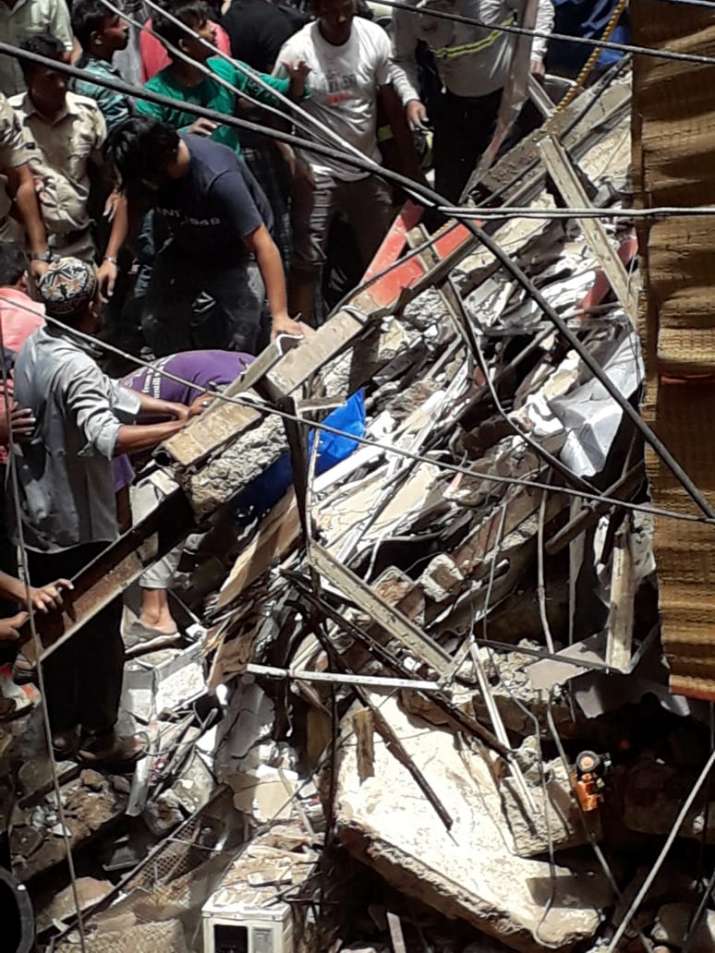