Mumbai Building Collapse LIVE: Eleven people were killed as a four-storey building collapsed in Dongri area of Mumbai on Tuesday. Rescue operations are currently underway at the accident site as the rescue teams have reached the spot. As many as 50 people are feared trapped under the rubble of the collapsed building.

Mumbai Building Collapse LIVE: At least eleven people were killed after a four-storey building collapsed in Mumbai's Dongri area on Tuesday morning. The incident was reported at 11:40 am.

Nearly 50 people, including children, are still trapped under the debris of the 'Kesarbai' building, as rescue workers rushed to the spot.

Expressing anguish over the loss of lives, Prime Minister Narendra Modi said the state government and the National Disaster Response Force are working on rescue operations.

Rescue operations are currently underway and eight people have been rescued from under the debris.

The collapsed building was located near Abdul Rehman Shah Dargah on Tandel Street in Dongri. Meanwhile, the rescue workers are finding it challenging to carry out the operations as the lanes in the area are narrow.

The building was nearly 100 years old and was in a dilapidated state. The collapsed building was even declared unfit for residing. Many families were living in the building at the time of the accident.

According to the BMC, the building was constructed by MHADA (Maharashtra Housing and Area Development Authority). The area comprises of many old buildings.

The incident came to light after a call to the police was made by the locals, who informed about the collapsed building.

Commenting on the incident, Maharashtra Chief Minister Devendra Fadnavis said 15 families are trapped under the debris of the collapsed building.

Meanwhile, the building adjacent to the collapsed structure has also been vacated. 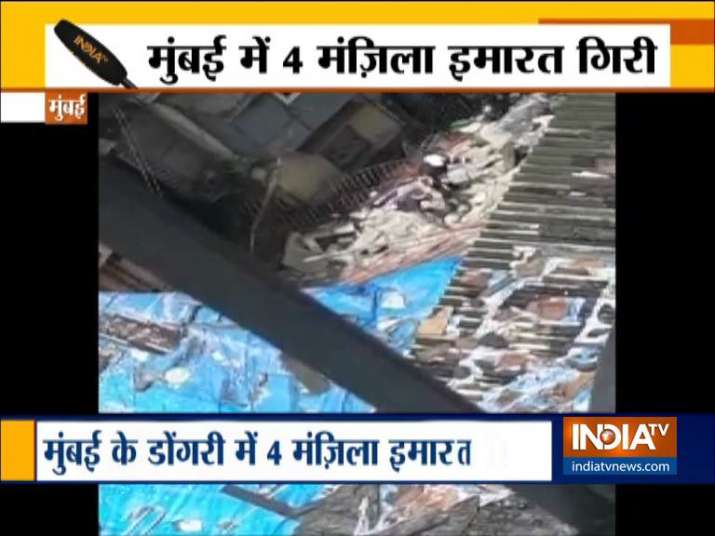