It is said that travelling to this place is forbidden after the sunset and before sunrise. This is instructed, not by the locales around, but by the Archaeological Survey of India (ASI).People say that the

It is said that travelling to this place is forbidden after the sunset and before sunrise. This is instructed, not by the locales around, but by the Archaeological Survey of India (ASI).

People say that the place is haunted by the ghosts of a ‘tantrik' Singhiya and the princess of the palace, Ratnavati. Many have known to be dead or let's say, never returned after visiting the place by flouting instructions.

Folklore vouches by the spooky stories of this place. Each of them has their own story to tell, each of them would say that the place is possessed by the spirits.

Around 220 Kms from Delhi, Bhangarh Fort is actually, no less than a city in itself having temples, market places, royal palace, ‘havelis' and several entry gates. The fort is seated on the foot of the Aravalli Hills, in the state of Rajasthan.

As one enters the fort through the main gate, several temples in dilapidated state can be seen; though, completely abandoned by the people around. The temples around are of Hindu deities. They are Hanuman temple, Gopinath Temple, Someshwar Temple, Keshav Rai Temple, Mangla Devi Temple, Ganesha Temple and Navin Temple. 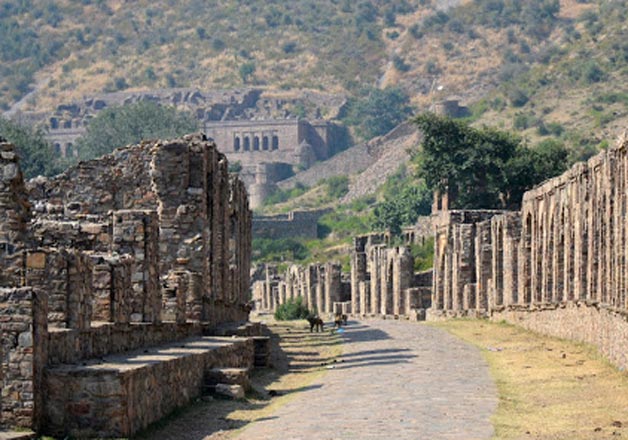 There are two legends surrounding the mysterious spookiness of the place. One is that there was a ‘sadhu' called Balu Nath who resided in the fort city. He had instructed, the then king of the palace to not to build any house so high in the premises of the fort that it may cast its shadow on his forbidden retreat.

For some years, the emperor abided by this rule and hence his city continued to prosper however, after some time the descendants of the throne dared to raise the palace to a height where it shadowed Balu Nath's forbidden retreat and hence got cursed forever. After that, whosoever built a house in the precinct of the fort saw a roof collapse. 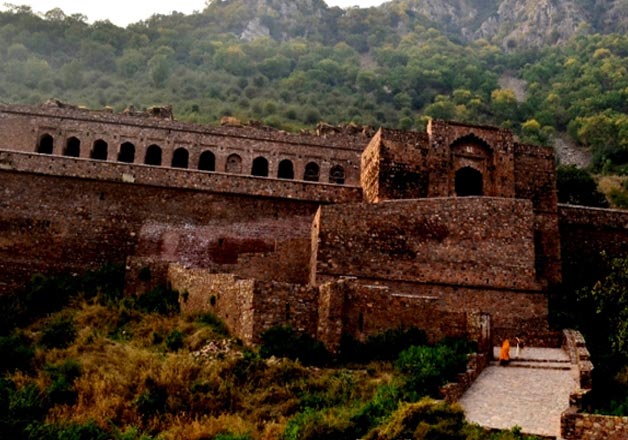 Another much famous legend surrounding the area is that there was a princess to the throne called Ratnavati, who was very beautiful. When she reached the age of 18, she got many marriage proposals. There was a ‘tantrik' in the area who held a strong liking for the princess and wished to marry her but since it was much out of his league he tried to ensnare the princess through ill means.

Once when the princess went to the nearby market place of the fort with her maids to buy ‘itr' (scented perfumes) for herself, he spelled black magic on one of the potions and tried selling it to a maid of the princess. But the princess, also aware of occult, sensed his ill-intentions while he was casting the spell and used the same spelt potion against him. She threw the potion bottle on a nearby boulder, which under the effect of black magic started rolling and crushed the ‘tantrik'.

While he was breathing last, he cursed the town that nobody would ever dwell alive in the town.

Very next year, around 10,000 people of the fort town died while fighting with a nearby king and his troupe. Ratnavati also perished at that time only.

Some believe that she died at that time and her spirit got possessed by the wizard's ill spirit while others say that she reincarnated at some other place, in some other form and the place is now haunted by the wandering spirit of the ‘tantrik' who is waiting for the princess to return.

Folklore believes that the town will get rid of the curse only when the princess will return to the fortress now.

Since then, though doubted to be true, many incidents are said to have taken place affirming to the existence of evil spirits of the place. 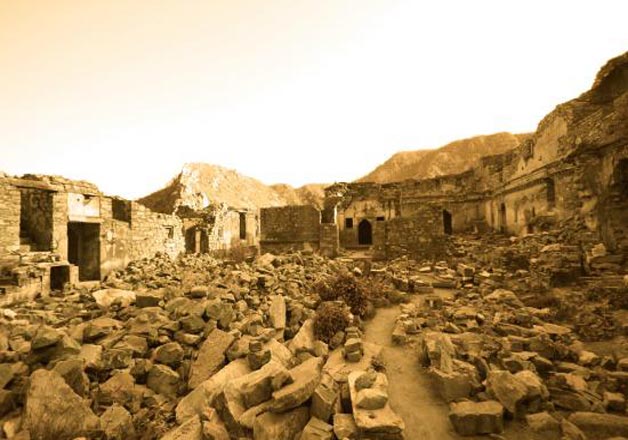 One such legend known by the people around is of a boy who dared to go in the forbidden fort after sunset along with two other friends. It is said that while exploring the place he fell in a dark well. Though immediately his friends rescued him from there but soon after while they were taking him to the nearby hospital they met with an accident and mysteriously got killed.

In yet another incident, it is said that one more troupe of few youngsters who went to explore the place met with bizarre and eerie incidents while they were returning from the place. It is said that in a bus of around 50 people, while this group was sitting on 5th or 6th seat, they got mysteriously and badly injured.

Though not known whether true or not but similar other stories keep floating around, adding to the mystery that the place already beholds. As per the government authorities no deaths have been witnessed or known in past many years also.