Filmmaker Shekhar Kapur is all set to direct a series based on author Amitav Ghosh's "Ibis Trilogy", which details the opium wars among Britain, India and China in mid-19th century.

India TV Entertainment Desk
New Delhi Published on: March 26, 2019 10:29 IST
URL copied
Filmmaker Shekhar Kapur is all set to direct a series based on author Amitav Ghosh's "Ibis Trilogy", which details the opium wars among Britain, India and China in mid-19th century. It will be co-produced by Endemol Shine Group's Artists Studio, Endemol Shine India and DoveTale Media, who initially acquired the rights to the books, according to a release.
Justin Pollard, whose credits include the blockbuster "Pirates of the Caribbean" franchise as well as hit TV series "Vikings" and "The Tudors", is on board as historical consultant and story editor. Ghosh's masterpiece, which begins with "Sea of Poppies", continues with "River of Smoke" and concludes with "Flood of Fire".
The show interweaves the lives of vividly drawn characters against the backdrop of the opium wars among the three countries. The team is in the process of lining up a lead writer. "I have always been fascinated that the drug trade was the engine for the Industrial Revolution. Amitav Gosh's books brilliantly bring out the vast epic and emotional tale of opium, from its beginnings in India where it is grown and onto China where it is pushed by drug lords. 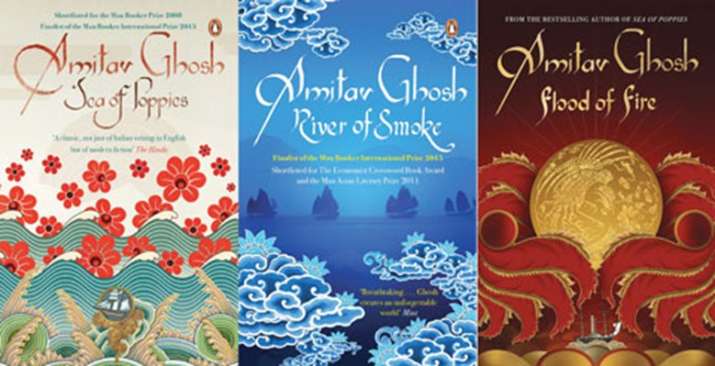 "The story also follows the journeys of indentured labour from India to colonies around the world and tells the intriguing tales of people from India, America and China at a time when modern history was being formed. I'm very much looking forward to collaborating with Endemol Shine in this gripping series that could run into many seasons," Kapur said.
Abhishek Rege, CEO, Endemol Shine India said the Ibis trilogy project will be an amalgamation of the best global creative and production talent. "Our ambition is to create a major high-end franchise for the international market, matching the scale and epic sweep of the Ibis novels. We're expecting great interest in bringing this to the global audience," said Lars Blomgren of Endemol Shine Group.
Kapur is known for directing films such as "Masoom", "Mr India", "Bandit Queen", and "Elizabeth" and its sequel "Elizabeth: The Golden Age"
(With PTI inputs)
Watch Live News :