TV actress Shweta Tiwari's daughter Palak is one of the most popular celebrity kids with over 240K followers on Instagram. Look how one of her latest photos got compared to two biggest international stars--Bella Hadid and Kylie Jenner.

Television actress Shweta Tiwari is one of the most popular and talked-about names of the small industry. Not just her work but even her personal life has always been on the limelight. Shweta has won everyone's hearts through the role of Prerna she played in Kasautii Zindagii Kay and later by winning the trophy for Bigg Boss 6. But that isn't enough! This time it is her daughter Palak Tiwari who has created waves of excitement on the internet with her latest photos. Palak is undoubtedly the most popular celebrity kids with over 240K followers and is known for her good looks, and the breathtaking photos she uploads on the photo-sharing application Instagram. Yet again, one of her latest pictures got compared to two biggest international stars--Bella Hadid and Kylie Jenner.

People have been calling her the 'Indian Kylie' for a long time but her recent photo showed uncanny similarities. The first photo featured a 'pouting' Palak with her hair flipped to a side having a golden choker and nude makeup. Another picture had Palak lying on the ground with spread hair, in the background, and a hand on the head. The photos were captioned as, "Whoops." Check out the photos here:

As soon as it was uploaded, it created a storm and people started commenting on the same saying, "You look like Bella Hadid," while a user wrote, "Solid." Another one compared her to Kylie Jenner and commented, "For a moment I thought it's Kylie in the 1st picture," and another one who said, "U have Hollywood looks."

Have a look at the comments here: 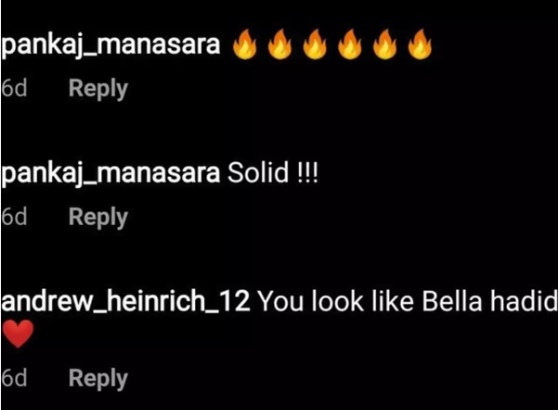 Meanwhile, catch a glimpse of some more photos of Palak from her Instagram account that will make you believe that she is an upcoming star.

Palak is the elder daughter of Shweta and her first husband Raja Chaudhary with whom she had a troublesome marriage. She was born on October 8, 2000, while in the year 2007, Shweta filed a divorce. The actress later married Abhinav Kohli. 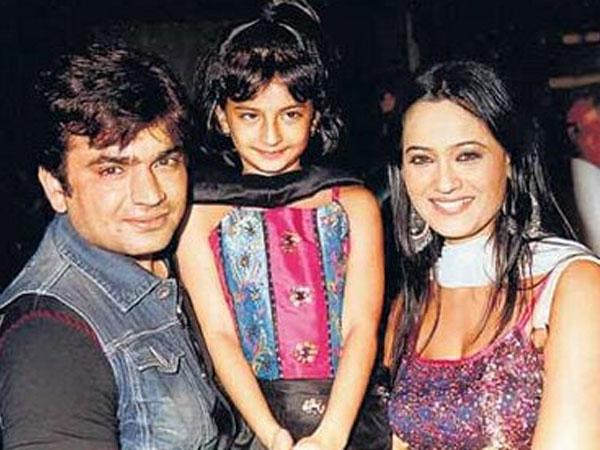 Earlier, Palak hit headlines when Shweta filed a complaint against Abhinav over domestic violence. Every now and then, reports of her making a debut on Television and Bollywood starts doing rounds on the internet but Shweta has always denied the same.