Shoaib Ibrahim shares health update about his father, informs he is out of the ICU

Television actor Shoaib Ibrahim's father suffered a brain stroke on July 25 and was admitted to the Intensive Care Unit (ICU) of a hospital in Mumbai.

Television actor Shoaib Ibrahim's father suffered a brain stroke on July 25 and was admitted to the Intensive Care Unit (ICU) of a hospital in Mumbai. The actor had been sharing information about his father's health on social media with his fans and followers. On Saturday, he took to his Instagram story and shared a picture of a cup of tea which he takes to stay awake and keep a check on his father while he 'sleeps peacefully'. In the same post, Shoaib also revealed that his father is now out of the ICU.

He wrote, "To keep me awake while he sleeps peacefully. Yes, he is out of the ICU" with gratitude-filled emojis. 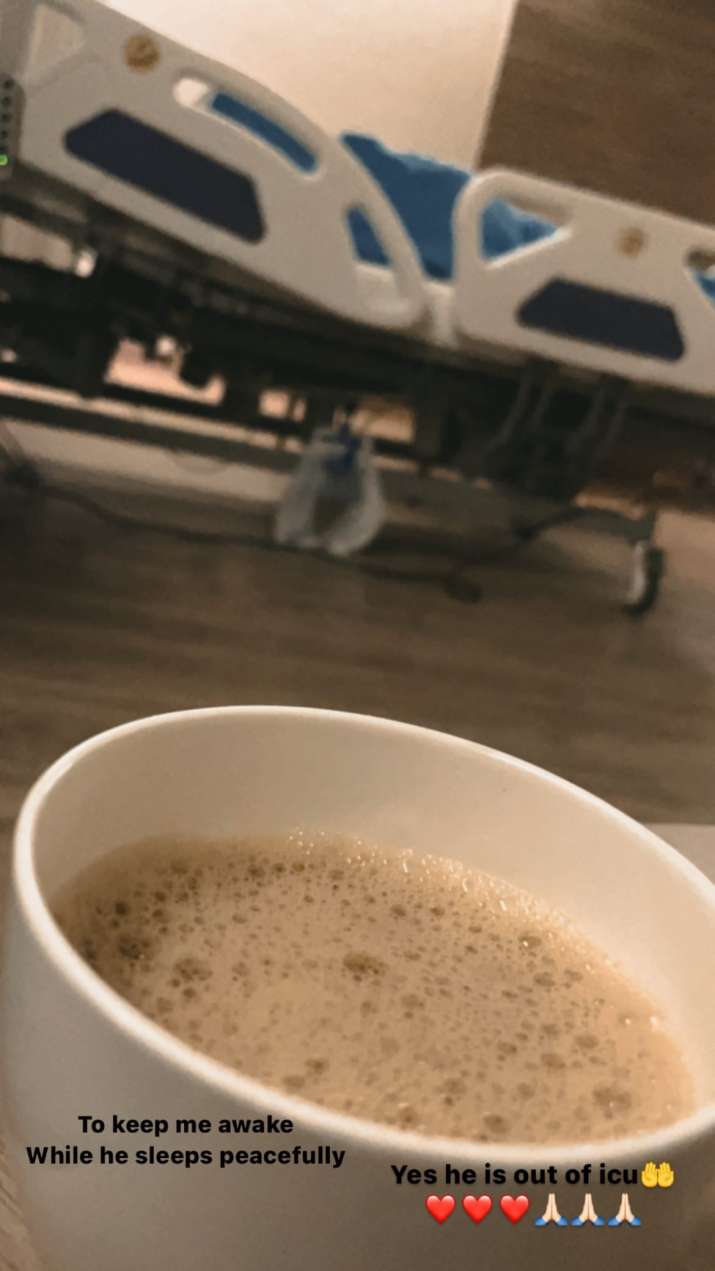 Meanwhile, Shoaib's maternal grandmother who was also hospitalised has been discharged.

For the unversed, Shoaib's father was hospitalised in February this year as well. He had undergone surgery.The actor who keeps his fans and followers updated about his personal and professional life had shared a post on February 14 with his father from the hospital and captioned it, "Alhamdulilla".

On the professional font, Shoaib has been part of popular daily soaps like Koi Laut Ke Aaya Hai, Ishq Mein Marjawan and Sasural Simar Ka, among others. On the other hand Dipika was last seen in Sasural Simar Ka 2.