It was a fun party for Jasmin Bhasin and Aly Goni as the duo were joined by Sussane Khan and Ekta Kapoor for the evening.

It was a fun party for Jasmin Bhasin and Aly Goni as the duo were joined by Sussane Khan and Ekta Kapoor for the evening. The pictures from the intimate get-together are doing rounds on the Internet and going by the photos, it seems the celebrities had a super fun evening. Also present at this meet up were, Aly's brother Arslan, and actors Krystle D'souza, Anushka Ranjan and Ridhi Dogra. 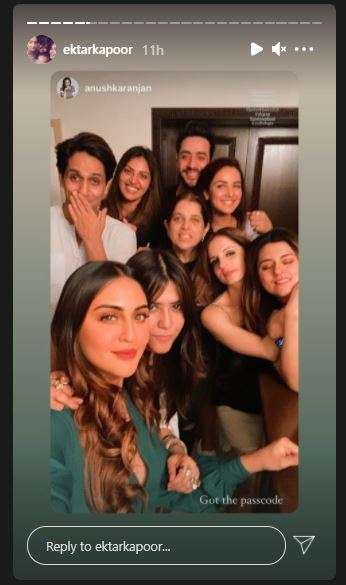 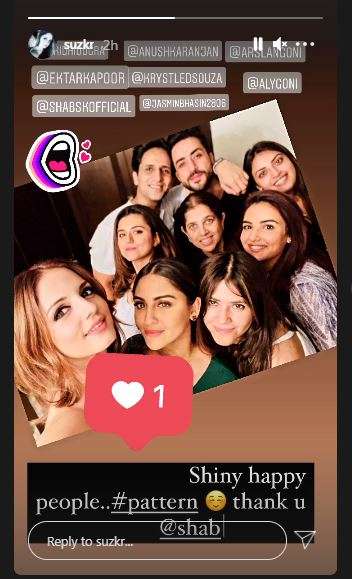 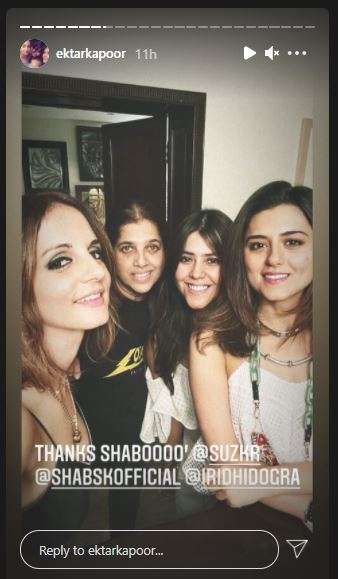 Bigg boss 14 couple Jasmin Bhasin and Aly Goni are one of the most talked about contestants of the recently concluded reality show. Given their chemistry, the duo caught much limelight on BB14 and they continue to be in the news post the show. Jasmin and Aly were recently seen together in Tonu Kakkar's new music video, Tera Suit.

Talking about the song with Aly, Jasmin said that it was the love and requests of her fans for her and the actor that motivated her to do the project. "Post Bigg Boss, our fans supported us and showered us with love. They were always there for us and they wanted to see us together. We wanted to do this for them. The best part for me in 'Bigg Boss' was Aly coming in and we being together in the house. It made us realise our relationship, because we were in denial. We worked in a music video and it was an amazing experience. This was a planned collaboration that Aly and I did and the video has come out well. The chemistry is good because we know each other for years and there is a certain comfort level," Jasmin told IANS.

The duo are reported to feature in more music videos together. However, an official announcement awaits.