There were reports claiming that Lucky Ali passed away after his Covid-19 diagnosis. However, his close friend and actress Nafisa Ali Sodhi, just yesterday, cleared all the confusion and informed that he is at his farm in Bengaluru and is completely well. Well now, 'O Sanam' singer himself has shared his health update on Instagram stories on Wednesday for his fans and followers.

Every now and then, there is a report of some or the other eminent personality or celebrity passing away due to COVID-19. Amid this crisis, there are people who are spreading rumours of deaths. One such celebrity who came into the radar was none other than singer Lucky Ali. There were reports that the 'O Sanam' singer passed away after his Covid-19 diagnosis. However, his close friend and actress Nafisa Ali Sodhi, came forward to clear all the confusion and informed that he is at his farm in Bengaluru and is completely well. Soon after, the singer himself shared his health update on Instagram stories on Wednesday for his fans and followers.

Taking to the photo-sharing application, Lucky Ali wrote, "Hi Everyone. Just addressing the rumours. I'm alive and well and resting in peace at home. Haha. Hope you all are staying in and staying safe. May God protect us all during this devastating time."

Meanwhile, Nafisa Ali while speaking to ETimes said, "I chatted with Lucky Ali 2-3 times today. He is fine. He does not have COVID. In fact, he has antibodies. He is busy planning his music and concerts. We were talking about virtual concerts happening and all such things. He is on his farm in Bengaluru and his family is there with him. I just spoke to him, everybody is fine." 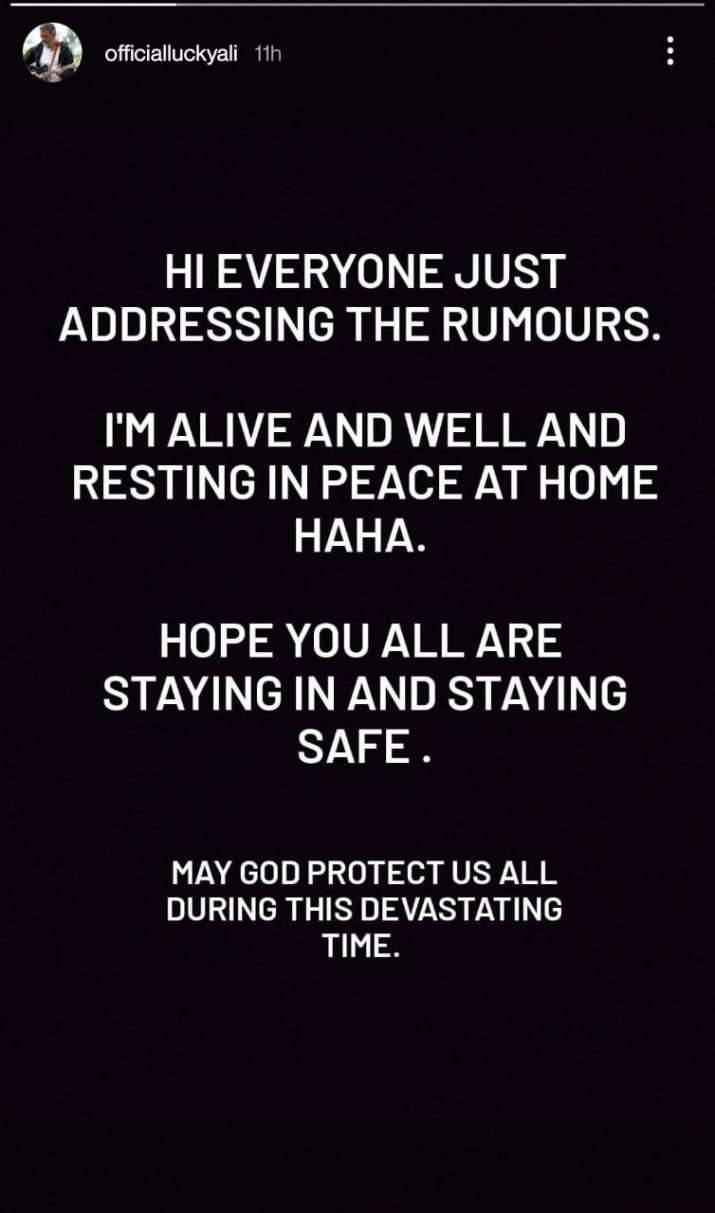 It was on Tuesday when social media was flooded with condolence messages and posts for Lucky Ali after rumours of his death surfaced. Well now, it's clear that the singer is hale and hearty!

Lucky Ali came to the limelight when last year a video of the singer went viral. In the same, he can be seen singing one of his popular song 'O Sanam' with a guitar. When he reached the line in the second stanza that goes: "Mar bhi gaye toh bhool na jaana (don't forget me even after I die)." Lucky abruptly stoped singing at that point, before picking up the song a few lines later.

For those unversed, Lucky has given his voice to various songs like Tere Mere Sath and Kya Aisa Hi Hota Hai Pyaar. Not only this, but he has even given chartbusters such as Ek Pal Ka Jeena from Kaho Naa Pyaar Hai and Safarnama from Tamasha.