Vicky Kaushal has been roped in to play Sam Manekshaw, the first Field Marshal of India, in Meghna Gulzar's upcoming movie.

Vicky Kaushal Vicky Kaushal reunites with his Raazi director Meghna Gulzar for an exciting new film. The actor took to his Instagram to announce his next film in which he will be seen playing the role of Field Marshal Sam Manekshaw. The film is titled Sam and the actor has even treated his fans with the first look. Sam Manekshaw, or Sam Bahadur as he was popularly known, was born on April 3, 1914 in Amritsar. Manekshaw cheated death on a few occasions, both on the battlefield and away from it. He, however, lived on to be a nonagenarian dying in Wellington, Tamil Nadu on June 27, 2008. Manekshaw led the country to victory against Pakistan in 1971. He was the first Indian Army officer to be promoted to the rank of Field Marshal.

On the death anniversary of the iconic man on Thursday, Vicky Kaushal unveiled his look and wrote, “I feel honoured, emotional and proud of getting a chance to unfold the journey of this fearless patriot, the swashbuckling general, the first Field Marshal of India- SAM MANEKSHAW. Remembering him on his death anniversary today and embracing the new beginnings with @meghnagulzar and #RonnieScrewvala.” The script is written by Bhavani Iyer and Shantanu Shrivastava along with Meghna.

I feel honoured, emotional and proud of getting a chance to unfold the journey of this fearless patriot, the swashbuckling general, the first Field Marshal of India- SAM MANEKSHAW. Remembering him on his death anniversary today and embracing the new beginnings with @meghnagulzar and #RonnieScrewvala. @rsvpmovies

"Sam Manekshaw's name will be etched in history as one of the greatest soldiers and minds India has ever seen. Young India desperately needs role models to look up to, needs to be educated on the contribution made by this icon to India --- as we know it today," Ronnie Screwvala said in a statement. "I could not have asked for a better storyteller than Meghna to collaborate with on this one and will be a treat to do this with Vicky again," he added.

Meghna, who will be directing Vicky for the second time after their hit film "Raazi", said: "This film has been brewing between RSVP and me, for some time now. With Vicky now coming on board to play Field Marshal Sam Manekshaw, it has begun to simmer. Looking forward to things to come to fruition one step at a time." 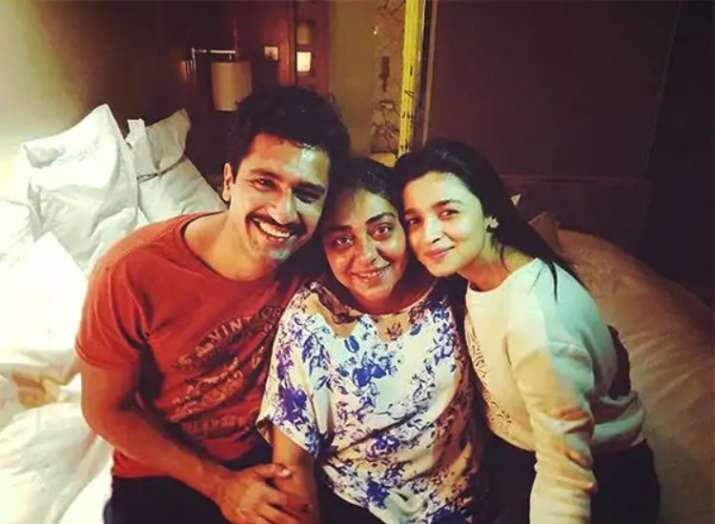 For Vicky, it's an absolute honour to be getting the opportunity to portray the life of Sam Manekshaw. "We are thrilled to bring forward the story of this fearless patriot and the first Field Marshal of India," added the actor.